Sexting scandal has started to sprout in Australian cricket. Meanwhile, Tim Payne has resigned as captain of the Australian Test team following a sexting scandal. This time the name of her sister's husband Shannon Tab is involved in the same case.

Before the start of the 2016-17 Ashes series, Payne sent a sexually explicit message to a female Tasmanian cricket player. That's when the woman reported the matter to Cricket Tasmania and Cricket Australia, alleging sexting.

Payne resigned as captain after the incident came to light anew. However, the latest news is that her brother-in-law Shannon Tab also sent sexually provocative messages to the same woman in the vicinity of Payne's incident. That's why the former first-class cricketer also lost his job in Cricket Tasmania at the time.

According to The Herald Sun, the Australian media reported that Tab also sent a similar message to the same woman who was accused of sexting with Payne. That's why the investigation team was fired from Cricket Tasmania.

After losing his job at Cricket Tasmania, Tab took over the coaching of the main team at Prince Alfred College, Adelaide. Rumors were circulating last August that the left-arm Chinaman bowler was set to coach the Cricket Australia XI. That is almost impossible now.

Cricket Tasmania investigated the sexting scandal in mid-2016. As did Cricket Australia in the case of Tim Payne. But neither Penn nor Tab were punished.

When contacted by The Herald Sun recently, Tubb said, "I'm sorry, I won't comment on that." "We will not answer any questions," said Cricket Tasmania. Cricket Australia, however, said it had been notified of the investigation into the tub.

Payne's wife is annoyed at being reminded of a forgotten event

Wicketkeeper-batsman Tim Payne has resigned as Australia's Test captain following the revelation of a sexting scandal four years ago. Payne's wife, Bonnie Mags, was hurt by the incident. At the same time, Payne's wife got angry as the incident was widely publicized in the media. 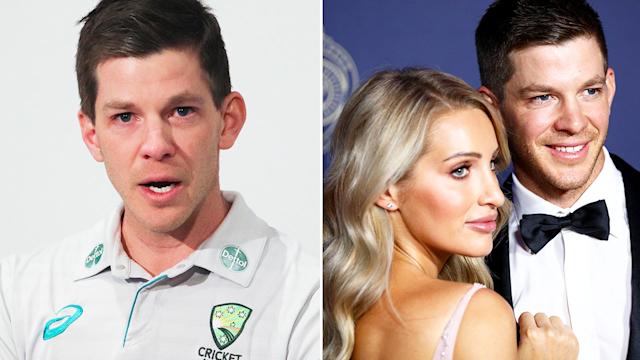 Payne married Bonnie about five years ago. In 2016, the year after her marriage, Payne sent a picture of her genitals to a female Tasmanian cricket player with some provocative messages. His wife Bonnie knew about the incident from then on.

Bonnie and Paine came back to normal life after a little quarrel. But after about four years, Bonnie was really upset when that incident came to light again. He expressed his displeasure in the Australian news agency Newscorp.

In an interview with Newscorp with her husband, Payne's wife said: Now it seems very annoying that this incident is being publicized so much. There is no point in revealing old facts like this. '

Payne's wife added: "At first I thought he (Payne) cheated on me.

The day of running is over, Shoaib Akhtar will change his knee

In a tweet a week ago, former Pakistan captain and star all-rounder Shahid Afridi wrote to Shoaib Akhtar, "I hope your knees will always be good." Afridi said the prayer because he knew about Shoaib's knee problem. 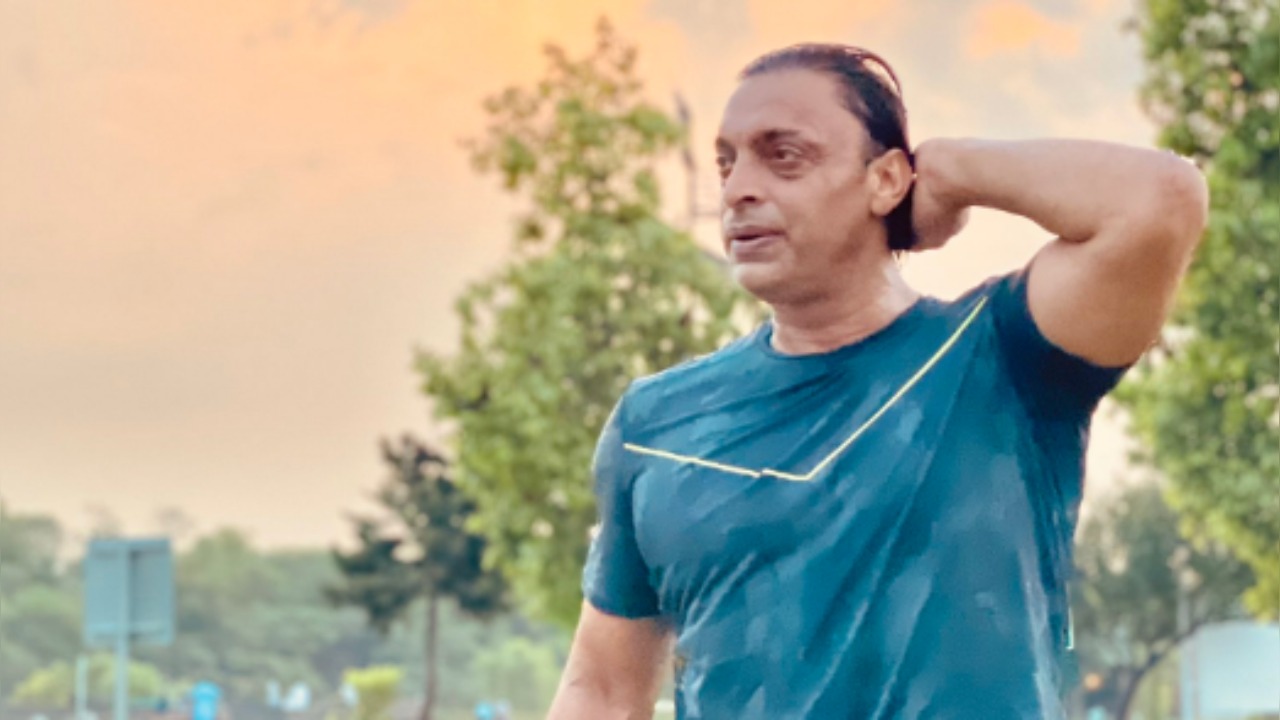 But the knee of a former Pakistan star and one of the fastest pacers in the world Shoaib Akhtar is not good at all. According to Pakistani media, Shoaib may never be able to run again.

My running days are over, says Shoaib Akhtar before going for knee replacement Read

So to get rid of the knee problem, Shoaib will go to Australia and undergo a complete knee replacement operation. Shoaib himself said this on social media Twitter and Instagram.

Posting a picture of his running session, Shoaib wrote, "My days of running are over because I am going to Melbourne, Australia soon for a complete knee replacement operation." 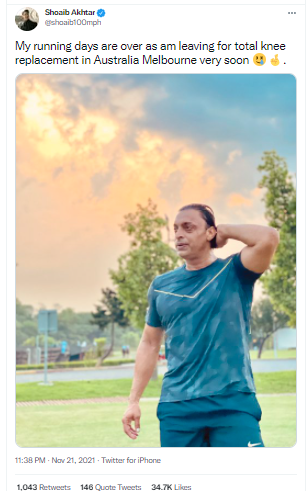 The game of numbers is cricket - the meaning of this word is now well understood by Rohit Sharma. New records are like pulses for Rohit. On Sunday (November 21), the beloved Eden Gardens surpassed his teammate Virat Kohli by a record. He gave a hint of an aggressive start by hitting Trent Bolt with two fours in the second and third balls of the innings.

Rohit then hit a six off the fine leg to Bolt in the second ball of the third over of the innings. However, the Indian captain drove the biggest tornado over Lucky Ferguson. The opening batsman hit two sixes and four sixes off seven balls against Lucky.

In the middle of the team's innings, even though there was a small landslide, 'Hitman' easily picked up his fifth. Rohit made his 26th fifty in the International Twenty20. And he has already scored the highest number of four centuries.

Thanks to which, Rohit is now at the top of this record by scoring 50 times 50 times in the International Twenty20. So far this record has been under Kohli (29).

‘That is the job of captain & coach’: Rohit explains the work behind the scene after clean sweep over New Zealand

Kohli can thank Ish Sodhi for saying goodbye to Rohit in a great return catch. Because even though Rohit has surpassed Kohli in the record of 50 scores, Rohit is still 30 runs behind Kohli in the International Twenty20. While Kohli has scored 3226 runs in 6 innings, Rohit has collected 3196 runs in 111 innings so far.

Mahmudullah also won the toss in the last match

Bangladesh has already lost the series after losing two matches. Mahmudullah Riyadh's side will face Pakistan in a consolation win on Monday.

Like the previous two matches, the Bangladesh captain won the toss and decided to bat first in the third match in a row. 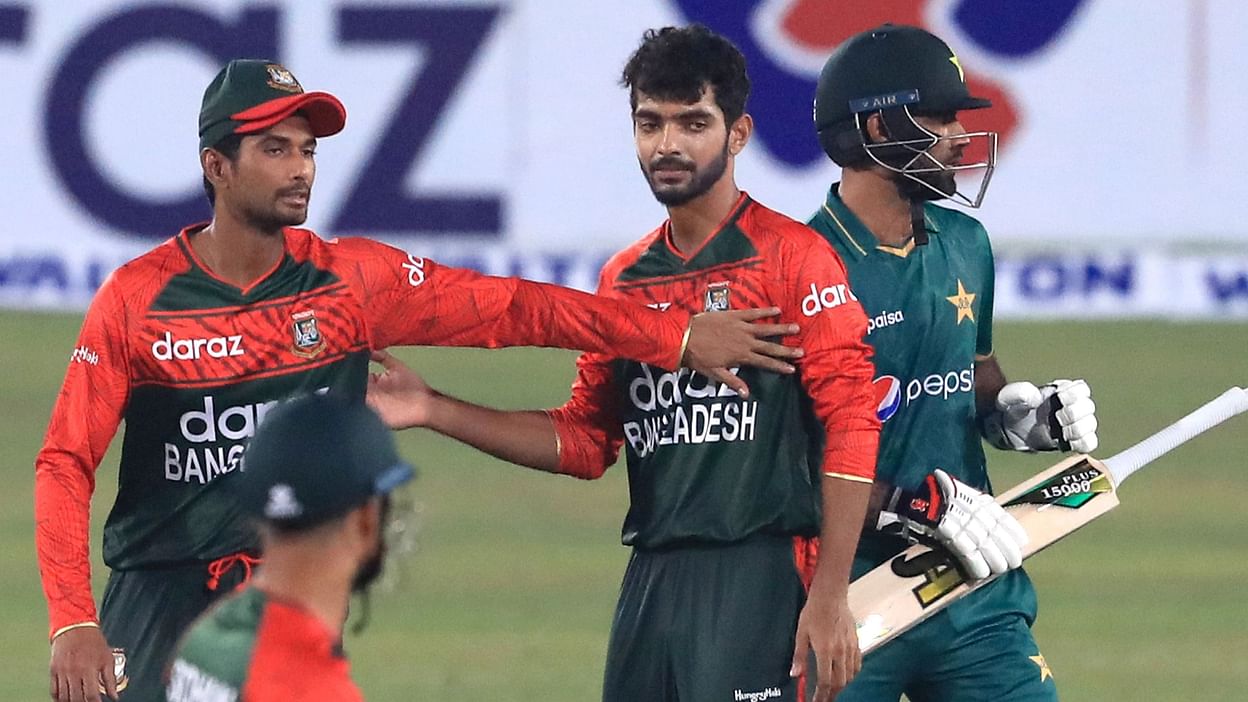 Bangladesh won the toss and elected to bat first in the first two matches of the series. In those two matches, Bangladesh scored 128 and 106 runs respectively. The gap in the first match is 4 wickets and in the next match it is 6 wickets.

Bangladesh is healing the wounds of batting

Batting is in full swing, coating is being given in bowling - the situation of Bangladesh team seems to be like this now. At the heart of the problem is batting, the top order is in dire straits. It is not profitable to replace one with another. The batting lineup is breaking like a sand dam right after the start.

After the failure of Liton Das, Soumya Sarkar and Naeem Sheikh in that World Cup, first Saif Hasan and Nazmul Hossain Shant were taken with Pakistan. After Saif failed in two matches against Pakistan, Parvez Hossain Emon was brought in the team at the last minute.

It seemed that this left-arm opener would make his debut today. But no! Parvez Emon is not in the XI. Yasir Ali Rabbi is not even in the team. Rabbi Yasir can think of himself as unfortunate. The young batsman from Chittagong has found a place in the main squad of the national team four or five times in the last two and a half years.

But alas! 11 people did not get the opportunity for once. He will play with Pakistan again, he will play and the game is not over. In the three-match T20 series, a week has passed since I sat in the dressing room and dugout as before. Why is he not considered? What is the reason that Yasir Rabbi is not in the XI? He has no answer.

Admittedly, Parvez Emon came to the team only 48 hours ago. The team management may have thought of a lot before giving him a chance. Then Yasir Rabbi, who is already in the team, should be the first choice. But he remained neglected, young Shamim Patwari got the place. Shahidul Islam has made his debut with.

The batting is not going well, the scoreboard is worn out. After scoring 126 in the first match and 106 in the next match, the batting line-up will be adjusted a bit, where will the rabbi of Pervez Emon-Yasir be used, it will be played with consideration - no, left-arm spinner Nasum Ahmed was brought in the team.

Mostafizur Rahman will not play. Another fast bowler Shariful Islam also has some injuries. Fast bowler Kamrul Islam Rabbi, who was brought in at the last minute as a backup for the two, is also missing. The only pacer with Taskin, the anointed dress.

Along with captain Mahmudullah Riyad, three other specialist spinners Sheikh Mehdi Hasan, Nasum Ahmed and Aminul Islam Biplob. That means offspinner, legspinner and left-arm spinner-spin attack. We need a well-arranged and varied bowling line-up. But there is no effective way to heal the wounds of that batting.

Wow it's not something you're used to seeing here in the community, but it's been interesting to say the least.

Congratulations @shariarahammad! You have completed the following achievement on the Hive blockchain and have been rewarded with new badge(s):