The Rockers announce the 2022 schedule with all 10 teams!

The High Point Rockers along with other teams in the Atlantic League have announced their schedule for the 2022 season! It looks like the Rockers get a chance to play against the new team currently known as "Kentucky Team" for 4 games starting on April 21st. The first game against Statin Island will be at home as well on May 20th for 3 games! It's only November and i want April to come already! Lets go Rockers! 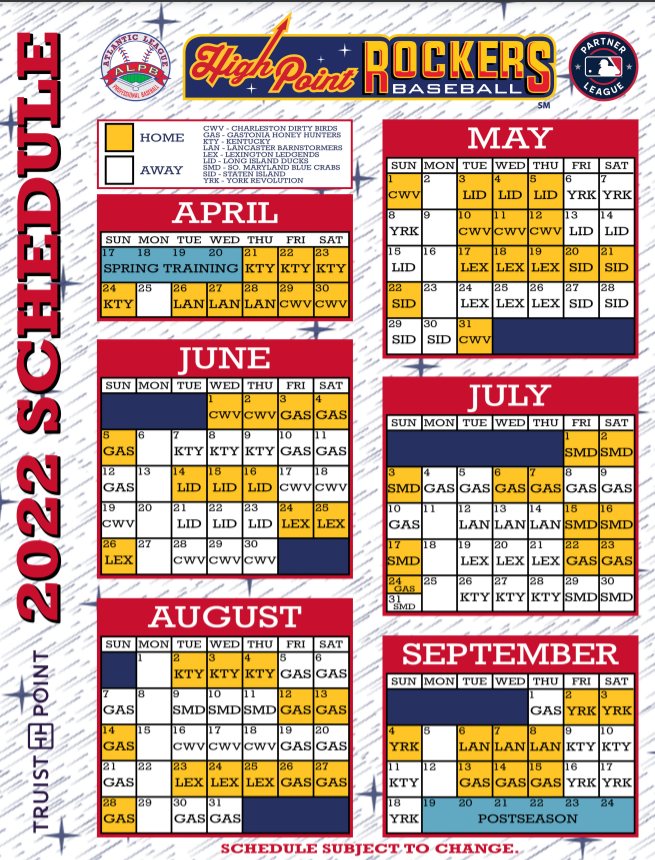