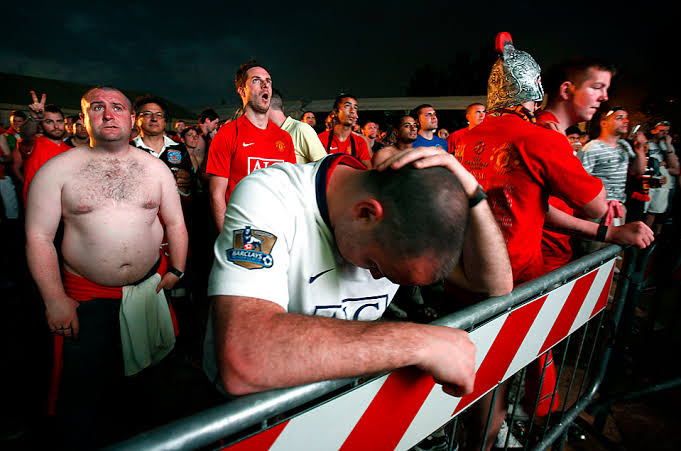 source
Manchester united fans and the players have been unhappy due poor performance from the club, with all the big names players the club are still performing poor due management. Since Alex Ferguson Left the club they have been Going through management problem , many coaches have Try they best such as David moyes, 2013-2014 Louis van gaal 2014-2016 Jose mourinho 2016-2018 ole Gunnar solskjaer 2018-2021 Ralf rangnick Present one . None of them have won Premier league title,Not to talk about lifting champions league title , Jose mourinho Done his best by winning three trophies , If I’m to say Manchester United problem isn’t form manager Is from players especially from defenders are having poor performance , lack of communication and understanding,They have very poor midfielders no strong defensive midfielder , Attacking midfielder and wingers are okay , Another way to resolve the issue is releasing payment players in Manchester United the players Are over pay and over hyped An average player can not be payed Big amount of money and still be playing nonsense , This is Season have ended Manchester United are going with no trophy again , next season Manchester United are looking forward on Signing a new coach they main Target is Erik ten hag He is a nice coach he has done a wonderful work in Ajax he helps in bringing up young players , Erik ten Pattern coaching is one among the best in a game of football . I’m Sommy a strong fans of Manchester United Winning Or losing I will still support them . Thank for reading 🙏🏽

I don't even understand Manchester United's problem anymore, they spent money, got a Ballon d'Or winning and still no better result.