As a small surprise @samostically ended up as deserved winner, his very first win in S13! Runner-up was @wildthougts, his best result so far! Both had 100% of their games berserked. Third was @lucianosky (Pavarotty) and only fourth and fiveth, ex aequo in points, the leading players @maestroask and @sawko, respectively. Congratulations!

In this position from winner @samostically (Black) against @wildthougts White had just blundered Ne5! Why it is a blunder? The knight can be taken with Nxe5 and can´t be retaken because the leaving knight on c6 exposes a hanging queen on a4 and if Qxd7 the same knight just takes back and Black is a full piece up. I show it here because this is a very common theme in many openings everybody should be aware of and it is shocking that a >2200 player falls for it!

The biggest upset in R10 was this victory from @sammy00 (migmag) with White against the 683 points higher rated @iammanythings1 by checkmate.
In this position after Rd1 Black had to retreat the twofold attacked bishop, but not to capture on e6, as happened in the game. As consequence of the greed White exchanged the rooks and grabbed the bishop for free after Nxe6. So @sammy00 earned 1 Hive and 5 LEO for the second time this season. Well done! Link to the tournament: https://lichess.org/tournament/ZvRnXQTv No surprises in the last round, @maestroask was the convincing new champion of this season with the most solid performance (3 wins and 5 second places!). Our sixfold(!) champion @sawko had to settle for second place, 14 points behind. Both are a class on their own, as the gap to the bronce medalist, @samostically, was already 25 points. Nevertheless, also a third place is remarkable in this strong field and with his win today, @samostically had kept the overhand in front of his pursuer @lucianosky (Pavarotty) who ended up with the unlucky 4th rank! If he, or the 5th ranked @wildthougts would not have missed a round, things could have been very different. Congratulations to the new champion!

The price for the biggest rating gain during the tournament (10 Hive plus 50 LEO) could be achieved by @pokerarema (ragnarokgame). Between the first and the last round he gained 337 rating points. Nobody else could come even close to this.

The price for the highest average performance in relation to the own rating (10 Hive plus 50 LEO) goes to @grafo07 with a difference of 335 rating points!

The following players won the prices for the "biggest upset" per round (1 Hive plus 5 LEO each): @lighteye, @vasigo (2 times), @fiona777, @sammy00 (2 times), @andzhi, @stranger27 and @emic. @falcout unfortunately didn´t participate 4 times and so his price is forfeited and goes back to the overall price pool.

As always, the prices will be transferred in app. one week, after the payout of this post (and any other posts using the @chesspricepool beneficiary).

In total most players ever (88!) participated in S13 (21 players more than last season), and - even better - on average we had 35,3 players participating per round (so far 24,4 was the record). Unfortunately many players participated only once or twice (51 which is a sad record too). So all in all 34 players (39%) qualified for prices. The pricepool will be a record-breaking >970 Hive (in S12 it was 630 Hive) plus the 525 LEO. So the average price per player will be quite nice!

The average tournament rating of season 13 was 1835,8, lower than last season but it shows that Hivechess attracts new and not yet that skilled players, too - as it should be.
This time 13 players had a 100% participation (last seasons it was 8) and 6 more showed up 9 times, well done!

The introduction of the deletion of the weakest results worked well and I think I will keep it in future. The most brutal deletion was the one from @jaki01 who lost 30 points. The more often one participates, the less likely such a high number will occur. Another reason to show up as often as possible!

Thank you all for your participation & engagement (and the upvotes)!

And thanks to the other posters for streaming (which was this season quite rare again), tournament reports, putting @chesspricepool as beneficiary and advertising this event in your blogs! And special thanks to @anomadsoul who already promised to sponsor 500 LEO for prices also in the next season!

The Hivechess Hall of Fame!

@sawko is still single leader with 6 champion titles, followed by @jaki01 with 4 titles!

Other chess tournaments here on Hive:

There will be a small break, but S14 will start quite soon, with some major changes! Stay tuned. In the break there will be also a fun tournament which for sure will surprise you...

I have progressed a little more than before

Thanks for organising this great tournament. It has been good fun.

Congratulations to the winners! And congratulations also for the great job organizing the tournament! That long spreadsheet gives headaches! See you in S14. Cheers! !PIZZA !LUV

Congratulations to @maestroask @sawko @samostically for securing 1st 2nd and 3rd places respectively. Congrats @sammy00 for your amazing performances your are example for beating a 2000+ rated player with amazing skills.congrats to @pokerarema and @grafo07 for your amazing improvement and achievements.congrats to all.i specially thank women in chess with their amazing performances @rosmarly for her 8th place @fiona2021 (fearless fiona:) @tin.aung.soe .i came to know lately about this tournament so i only participated in 6 rounds and i stood 29th position with 74 points.my performance rating is 1659.5 which is higher than my true rating.i learned many things by playing with you all guys.i thank every higher rated players bcz almost half of my opponents are 2000+ higher rated players.i am so excited whenever i get you as opponents.you ppl have teach me many skills,moved me to think out of box, encouraged me a lot.i am so happy to found you all.this is an amazing tournament.my sincere thanks to @stayoutoftherz for inviting me and organizing this amazing tournament.i met a lot of people here because of this tournament.

thank you @salomijale
we had nice couple games

I forgot about yesterday round :).

Congratulations to everyone who got into the prizes (it's great that every active player gets into the prizes here). Thanks to all players, sponsors and organizers who helped this chess festival to take place with their participation!

First time I joined. It was tough but very much fun. Thank you for organising it. 😀 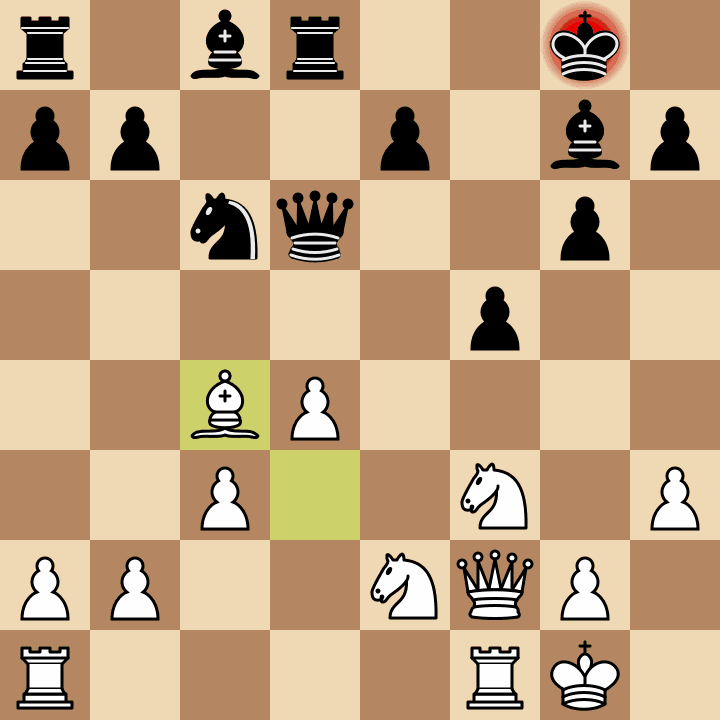 Yeah, kh8 was a blunder. Good game @lucianosky, I enjoyed the tournament too.

Congratulations to you too. You played well!

Firstly, Thank you so much @stayoutoftherz for organizing this beautifully. I wasn't expecting the results today, I'm surprised you already calculated it! Well done!

I'm also happy I finished 3rd, It's an achievement for me because it wasn't easy. I had to step up and maintain the position down to the end. It makes me happy.

I'm also happy with the performances of my friends. At a point yesterday, we occupied the top 4.

Eh, To the winner @maestroask, It was so difficult playing you. I got a draw all season lol. Congratulations!

Congratulations to everyone who played too.

@olujay - there is Hive Chess, guy!

Thanks for finding me @stayoutoftherz - and it was your engagement on the "scary" post, of the duck pics, that won my heart :)

Thanks for your courage and time! And now... chess! (Which I suck at but am so very keen to learn.)

Oh, wow. Thank you so much for the mention.

I actually have know about this community and their competitions every night on LiChess. But I feel like I have declined so much and may have my ass kicked too often.😁

But how long am going to keep running for? I might as well kick myself back into the ecosystem. Thanks again!

Or we can practice and then give it a go? They do look rather advanced 😳😁

Oh, and that's a really good idea. We could do that and then join in some nights. It'll be so cool!

They are sure advanced, but there's the fun to enjoy.

Well.. every time you lose or fail... you learn!

Actually the quickest way to learn 😁

I'll wa you this weekend

Note:
@stayoutoftherz I think that I had 2 upsets and vasigo had 2 as well - you can check that

thanks, indeed - I correct it!

Big Kudos to you @stayoutoftherz!
This was a great tournament and I enjoyed every bit of it.

It was quite the joy anticipating and participating in a new round every week!

Also congratulations to everyone who participated. It was fun playing alongside you all!

Looking forward to the next season!

CONGRATULATIONS to the winners @maestroask @sawko @samostically and to the organizers of this interesting chess tournament, hoping that there will be other similar events to continue participating in this exciting sport, where the best always prevail and even those who lose win; because they learn from every defeat.

Congratulations to all the winners who will be seeing you all in the S14. One query, what is the participation requirement for price qualification?
Thanks again for hosting it and again, we all had a lot of fun I feel.
Ciao!

It is in the rules. You have to participate in at least 4 out of 10 rounds in order to get a price. With this I want to encourage regular participation. Of course this is kind of unfair to late newcomers, but in next season you can join from start.

No worries, I would be joining in the next season, thank you!

I got the prize. Thank you.