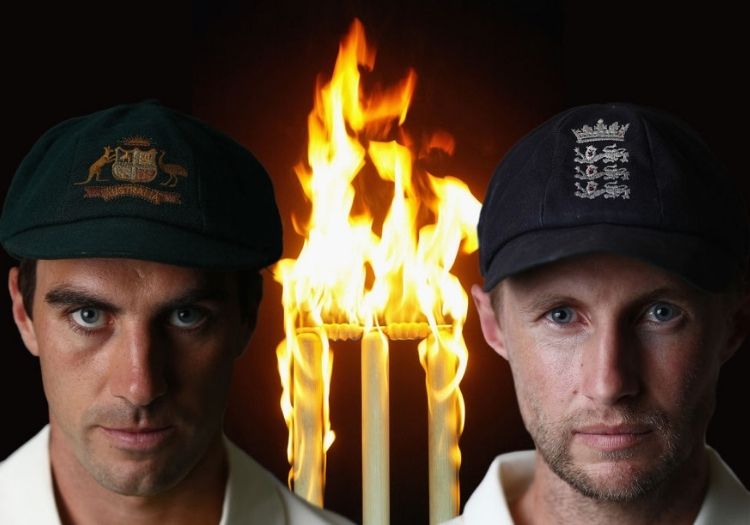 I'm not sure I ever thought I'd be starting a post about the Ashes by quoting former US Security of Defense Donald Rumsfeld but then again the build up to the 2021/22 Ashes series has been unique to say the least!

The known knowns are that both Australia and England come into the series off the back of a traumatic few weeks off the field.

Australia should be riding the wave of being crowned T20 world champions for the first time in their history just last month but in the interim period have seen their Test captain Tim Paine resign amid a sexting scandal.

Clearly the timing of this announcement hurts Australia and seems reminscant of the kind of crap the British media usually pulls ahead of any major sporting event that an English team is involved in, dragging their athletes off the back pages and on to the front.

For Australia of course it represents another tearful end to the reign of a captain following the 2018 sandpaper gate, the scandal which ultimately lead to Paine getting his chance as leader in the first place.

Paine was supposed to be a safe candidate, a solid domestic pro coming from outside the previous leadership group with Australian cricket fans keen to move beyond the actions of Smith, Warner, Lehman, et al and probably believing that while these 3 guys were largely responsible for instigating the ball tampering that took place that there must have been others who were at least aware of what was going on even if they ultimately didn't have to fall on their swords.

In many ways then and to continue the analogy of US politicians, Paine was the Jimmy Carter of Australian cricket. He may not have been the best leader and certainly wasn't the best keeper batsman option Australia had but at least he could bring some respectibility back to a role that had been tainted by the behaviour of previous incumbants.

The known unknown in this respect is how this latest scandal will impact not only the dressing room but the way that Australia play the game.

Does the team adopt a seige like mentality that galvanises them? Do they look to move on from this latest scandal by letting their cricket do the talking? I've no doubt that this is the kind of message new captain Pat Cummins and coach Justin Langer will be trying to instil in their side.

Of course it's easier said than done and we saw after sandpaper gate that the manner in which Australia had historically played the game of cricket was eroded. No more sledging, no more coming hard at the opposition, no more "feral" behaviour as former captain Michael Clarke once termed it. In the wake of the public's dismay at the events in 2018 Australia rebranded themselves as 'nice guys'.

England would certainly be grateful if this latest saga produced the same results. The usual pattern for tours down under has seen England blown away in the opening test in Brisbane or as it is lovingly known by Aussie fans 'The Gabbatoir' in the face of Australian hostility both on the field and from the stands. Even a slight respite from that in your face welcome might be enough for England to hope that they can escape with a draw in the opening test this time around.

The difference though between the Paine debarkle and that from 2018 are evident. Paine's actions represent the mistakes of an individual (although you might question managements decision to appoint him in the first place given that they must have known about the sexting) while the end of the Smith/Lehman era tainted the whole team.

Equally, the 2018 scandal saw Australia lose its 2 most senior batsmen + another top order player and their coach. Paine's resignation while hardly being good news is not likely to have a similar impact on the quality of the playing XI.

Indeed you could argue that Paine was on borrowed time as it was. He is due to turn 37 on the day that the Ashes start, has a career Test average of 32 which is not bad but in the era of wicket-keeper batsmen is hardly setting the world on fire and that average has dropped to 26 while he's been captain of the side. His failings as a batsman could largely be ignored when Australia were winning but the defeat in their last series at home against India was a bitter pill to swallow and not made any easier by Paine's failed attempts at trying to bring back some of that "ferel" attitude when things weren't going his sides way.

All in all, it feels like one way or another this would have been Paine's last summer in charge. The acrimonious departure isn't how Paine or the management would have wanted it to end but it does give them the opportunity to blood Cummins as a captain in a series they are still favourites to win as well as giving a chance to the likes of Alex Carey and Josh Inglis to stake a claim for a Test spot and score the kind of runs from number 6 or 7 that the Aussies have missed since the retirement of Brad Haddin.

I get the feeling that Australia will still come out very hard at England next week and play like the more settled side that they are. Perhaps England's best chances in this series then aren't the off-field infidelities of Australia's cricketers - Shane Warne would have sexted several nurses and a school teacher before lunch on the first day and it didn't seem to impact his performance in the Ashes! Instead they might be better off praying for bad weather and Covid restrictions to help them out.

In regards weather, La Nina has disrupted the preparations of both teams in the run up to the Brisbane Test. England come into it with more unknowns given their players won't have played any red ball cricket since Virat Kohli sneezed on the morning of the final Test of the English summer and India decided that protecting their IPL pay day was more important than upholding contractual obligations with ECB and finishing the series. Their warm-up games consisted of 2 matches against the touring Lions Squad that saw 4 of the 7 scheduled days completely rained off.

By comparison some of the Australian squad most notably Marnus Labuschagne, Usman Khawaja, Travis Head and Cameron Green come into the series off the back of form in the first 5 rounds of the Sheffield Shield. However, key players such as Warner, Smith and the fast bowling unit who took part in the T20 World Cup haven't played any domestic cricket this season and indeed haven't been involved in a Test Match since January!

There are therefore big unknowns for both sides in regards form and fitness and the chance for further disruption from the weather if the current forecast from the Australian Met Office is anything to go by - more a case of when it will rain not if.

Covid is of course the ulitmate unknown. Australia has some of the strictest restrictions in the world with individual states able to impose their own regulations on travel. West Australia, covers a vast largely uninhabited part of the country but also includes Perth, the most isolated city in terms of distance from another city, in the world. The WA authorties decision to band travel from certain parts of Australia in the face of a potential increase in cases due to the new Omicron varient could well end hopes of the new WACA ground hosting one of the 5 Tests.

There is of course an element of the unknown full stop about the new stadium and how it will play. I don't think anyone expects the pitch to have quite the fearsome reputation that the old ground did, a venue at which England managed just a single victory (1978) over the 47 years that Test cricket took place there but no doubt England wouldn't be unhappy to have the game take place elsewhere.

In that sense then the uncertainty in regards both sides form and the weather for the first Test in Brisbane plus the real threat that the Test in Perth may yet have to be relocated is a blessing for an side England that hasn't won a Test at either venue in 35 years.

Last and not least then comes the question of how much of an impact the current racism investigation will have on England's chances. None of the current squad have been directly implicated by Azeem Rafiq or any of the other players who have come forward to complain about poor treatement at the hands of their counties but then again the likes of Gary Ballance, Tim Bresnan and Alex Hales who were named have until recently shared an international dressing room with most of the current squad not to mention that Joe Root and Jonny Bairstow have been at Yorkshire (the club at the eye of the storm) throughout their careers.

It's difficult then to believe that even now, on the other side of the world, the players aren't feeling the heat of the acusations being thrown around back home. Whatsmore and as alluded to with the 2018 Aussie scandal, this is a situation that taints the entire side if not the sport itself with claims that cricket in England itself is institually racist (I'm not sure I agree with naming a sport as racist but that's probably an argument for another time).

The ultimate unknown for the England side, administrators and cricket lovers in general is what new revelations are yet to come in this racism row. Who knows what skeltons are left in peoples' closets or on their twitter feeds from 10 years ago and when those may make there way onto the front page of the papers...

According to me tim paine not deserve to be in playing 11 but he was captain which was very bad decision by them. This incident will actually advantage for their team as now he not in team but yes it may effect of their dressing room. Australia is not looks stronger like before so it will not much worry for England but it's a game and can't say when play someone game changing inning. Waiting for biggest contest of current time where both are equally strong.

Yeah, I think it's an oppprtunity for Australia to find a better option for a keeper batsman. I've always thought Alex Carey was a good player and they've got Josh Inglis and Jimmy Pierson as credible options too.

England's biggest problem will be scoring runs. In England with the ball moving throughout the game a score of 300 in the first innings is usually competitive. In Australia, they'll need more than that and it's where they've struggled in the last couple of Ashes series.

Alex carry is best wicket keeper from my opinion for them. They can play with extra batsman too or allrounder as wade can do keeping. I think stokes is back so it will be big plus and root is always in form. Stoke and root are best player from both team.

Looks like this will be the XI for Australia

I just checked squad as there is no wade in team who actually played well in test. I think khawaja is much better to take place of Harris but they will not do it.

Yay. Glad you are back posting as we need you.

Thanks man. Good to be back and having some time to post