Demographics And The Economics Of Baseball

For those of you outside the United States or who do not follow baseball, there is a lockout taking place. The owners locked out the players after the expiration of the last Collective Bargaining Agreement (CBA) on December 1st. What this means is the players can have nothing to do with Major League operations. At the same time, all likenesses and references to players was removed from MLB websites.

This is a typical management/union dispute. Of course, the numbers we are dealing with are rather large. Before COVID-19 hit, MLB pulled in $10 billion in revenues in 2019. The following season was reduced to 60 games due to the lockdowns with no attendance when they did resume. This past season, many of the early games were without fans, or limited, due to local restrictions.

Nevertheless, the 2021 season did get the full slate of 162 games along with playoffs.

Which leads us to the offseason. Things progressed like normal until the lockout, which stopped any contractual activity. Now it is in the hands of the negotiating parties which, up to this point, is not going well.

It is a situation that could cause a problem considering that Spring Training is slated to start in 2 weeks. Obviously, this will be pushed backed, potentially impacting the regular season.

For this reason, we are going to look at the possible impact upon the game and where it stands. 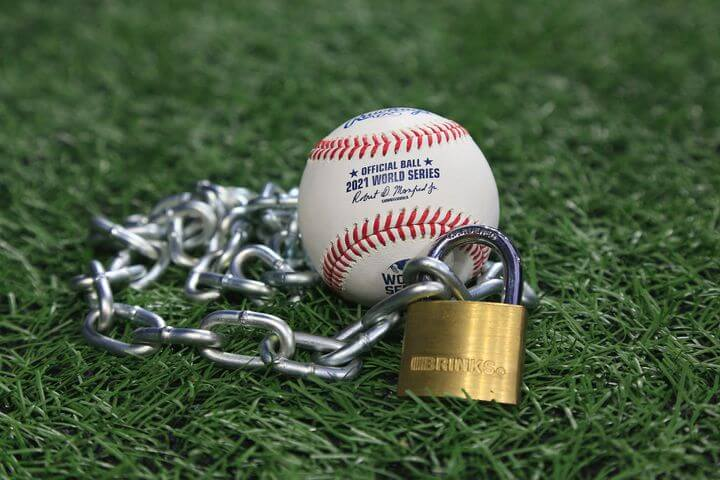 One of the challenge for baseball, which does not seem to be on the radar of either party, is the fact the fanbase is aging. Baseball, like many sports, is not attracting the kids. Today, there are many more options compared to 30 or 40 years ago. With video games, online activities, and eSports, the options are greater than every before.

When not attracting the younger generation, the net result is the customer base ages. This is something that can take a major toll economically over time. As the older generations pass away, it is hard to make up for the loss.

This is not a novel situation. Cadillac faced this a couple decades ago. Fortunately for General Motors, it was able to restyle the cars which appealed to younger buyers. Harley Davidson is facing the same challenge and it will be interesting to see if they can pull a similar transition.

One example really stands out as not being able to replace the older customer base. The nightly news use to be very popular. Brokaw, Rather, and Jennings were news icons for decades. People came home from work, at dinner, and flipped on the nightly news to get caught up on the days events. The introduction of the Internet destroyed this. It was the Baby Boomers, ironically, who caused the shift. While not the most technical advanced generation, they were able to open up email. This meant that the got a news feed each time they logged on. They were also embracing cable, which brought a host of news channels that pushed things 24/7. The first was CNN.

As the older generations started to die off, so did the ratings for the nightly newscasts.

Baseball is facing a similar situation. Right now, it is masked by the fact that revenues, at least before the pandemic, were at all time highs. That said, there is a demographic implosion on the horizon that could really affect the economics of baseball.

Work Stoppage Would Only Accelerate The Downfall

It is not uncommon for people to have strong feelings about disputes such as this one. This is even more pronounced when they become public. Of course, being a professional sport that is followed by most major media outlets along with local coverage, it cannot get away from being out in the open. Even if there are not "leaks", speculation is still going to be printed.

The challenge in this situation is it all boils down to millionaires arguing with billionaires over money. While one could point to a dozen reasons why one side or the other is right, the bottom line is that few of us operate at the financial level of either party. Thus, it tends to be somewhat childish when people are talking about it not being enough when dividing up billions of dollars.

Another issue is that baseball's last work stoppage, more than 25 years ago, really hurt the game. At that time, fans were slow to return. Of course, we have to keep in mind how it was a different era, without as many choices. Plus, the kids were still very much embracing the game, unlike today.

Therefore, we have an ongoing demographic issue that is facing Major League Baseball. Regardless of how the CBA turns out, if there is another work stoppage, it might be accelerate the inevitable.

It is not uncommon for these things to lurk below the surface. We get lulled into complacency since the situation is not an emergency. Yet, if attendance starts to drop or ratings fall, then people start to take notice.

Naturally, this is not on the minds of either party right now. All they see is the present and future contracted dollars rolling in. However, as we know, when one has an aging customer base, it does not bode well for the long-term prospects of the company. Major League Baseball can be looked at as 30 different businesses.

And all of them face the same challenge.

Will they wake up to it in time? We shall see.

For now, negotiations continue while the clock to the season keeps ticking away.

If you found this article informative, please give an upvote and rehive.

I am a huge sports fan including baseball. Baseball history was huge to my dad, so growing up I learned a ton. Baseball can’t help but step on their dick every decade or so. It took steroids to bring it back to the forefront. What are they going to do this time if the season is delayed. What a bunch of asses.

Baseball can’t help but step on their dick every decade or so.

It does appear that way. Of course, the question is whether it will recover this time or not. We are going to see the demographics start to take hold at some point. It is impossible to change that without attracting the younger generation.

Going to be that much harder with a work stoppage.

Baseball turned a blind eye once already. What’s to say they don’t do it again…….

baseball in the United States is very important I am an MLB fan and hopefully they can reach an agreement in which everyone benefits, maybe they will shorten the season a bit to give the players the necessary time in the training camps to avoid injuries and if we add COVID-19 to that, we must have patience to see the 2022 season.

It's an interesting concept to see if people really prefer sports in the future. Though I guess e-sports could also be a thing instead. So a digital way of using VR or AR to help people get a similar experience.

It is simply the interests of the kids. They are turning to gaming as opposed to sports.

That creates the problem of customers. If they arent interested, they arent going to pay to consume the product.

Crazy world we live in. The West Indies were world beaters at cricket until they couldn't attract the younger generation and lost out to basketball. Nothing is ever guaranteed and should always be treated with kid gloves as baseball needs to be careful.