RABONA // ARE YOU READY FOR SEASON 73

How are you? I hope you have a great day today that better than yesterday. 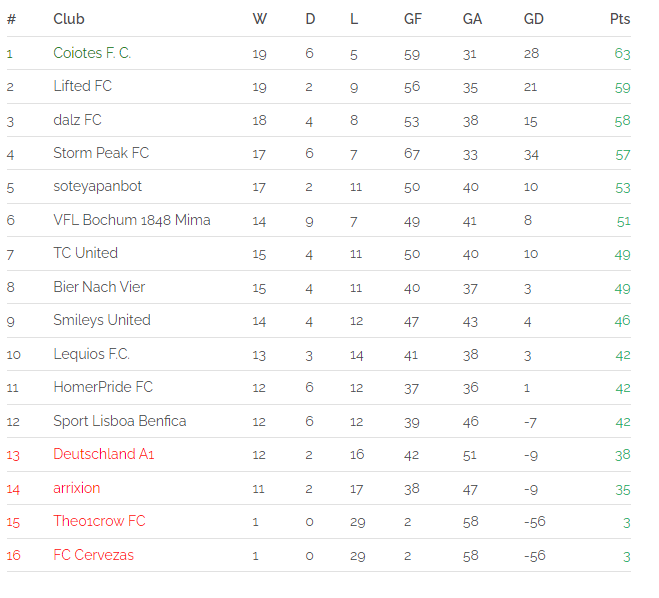 Season 72 has finish , i am glad that i didnt drop to league 3 . I just manage to stay on ranking 11 with 12 win , 6 draw and lost 12 . Losing is hard part in this game but i learning that the hardest part is dropping the league. Dropping league means i ll lose my some of my fans and my next season reward will low.

To fight and become number 1 in league 2 to reach league is still impossible with me because i dont have much RBN to pay my player . But i manage to reach league 1 , i have some good player which i have freeze for NFT and i plan to unfreeze it for that season . I put that NFT in purpose to use it if i manage to enter the 1st league .

Ruben Aguilar is the best striker for HOMER PRIDE FC so far . It has been freeze in NFT and put in sales for 199,999,999 RBN in case there is someone interested to buy him.

Well , the purpose i put it on sales so the team has financial supply to make better team to fight for next league ,because even i used it as my main player now , i still dont have enough RBN to pay him at 71,869 RBN . 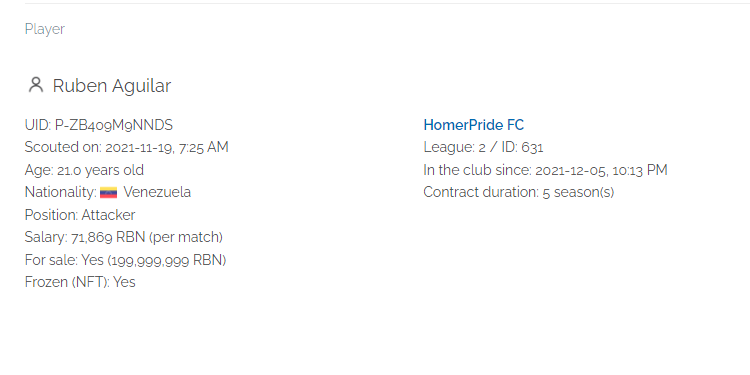 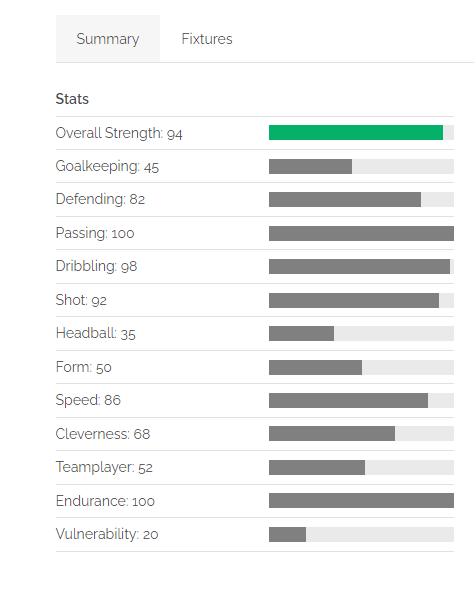 The new season is coming . In this season i still try to increasing my financial budget. I upgrading my shop capacity so i can get more income for selling FAN SHIRT and SCARFT .

I hope this season i get a little bit more RBN so i can scout or buy existing good player to fight for the 1st league .

Hey @tommyl33, here is a little bit of BEER from @pixresteemer for you. Enjoy it!

I am ready my friend 😁

is it profitable to upgrade shop sir?

its depends on your fans . If you fans is high enough yes it ll profitable. if no , i suggest you keep it as low as you can handle the running operational cost.

what is the minimun fans needed?, atm i hv 14k

my advice make the first upgrade first . Check how much you get from the it profit at the end of the season and compare to operational fee , if it break even and you got good profit you can plan to upgrade your building.