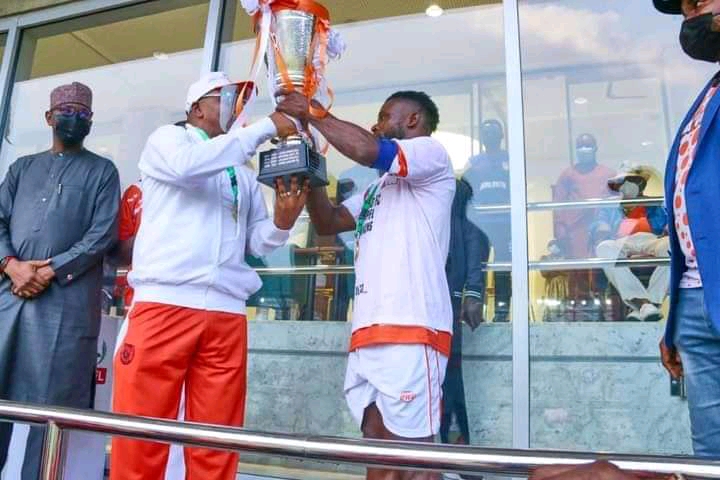 I was supposed to have shared this piece of celebration yesterday but due to my I'll health that heightened, it's coming today. However, the excitement is still active and it concerns home, as such a worthy share. As an advocate of local content, I fell in love with the Nigeria Professional Football League (NPFL), the highest league played football clubs in Nigeria. Some of the clubs are owned by the state government of an interested state, while others are owned by individuals and private organisations including churches.

I've been keenly following the 2020/2021 season which would be ending by the next match day being Wednesday. However, the league had reached it's climax yesterday when Akwa United FC owned by my own state government clinched the trophy after hitting a 71 point score following their 5:2 win against Mountain of Fire Ministries Football Club (MFM FC). The match was played in the Nest of Champions Stadium, being the home side of the winning team. 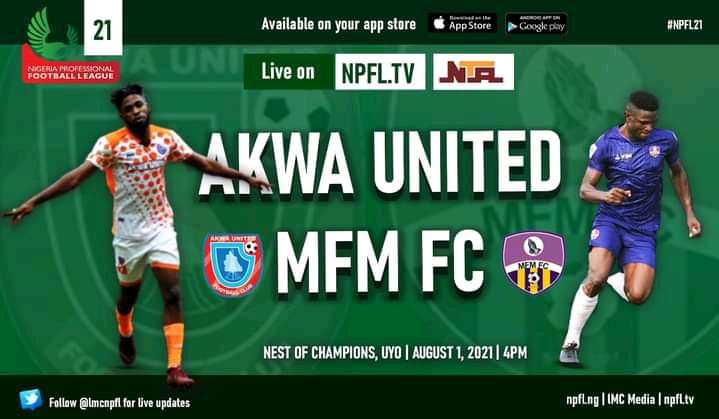 It was an exciting array of football skills by the home and winning side as the the 30,000 capacity stadium was filled to capacity with the outskirts littered with people who came to cheer the team to victory. The boys were more boosted to high spirit as the state Governor, Mr. Udom Emmanuel and other top government dignitories were on the grand stands to also witness the lifting of the trophy which was a must win being their last home game and 37th leg out of 38.

Leading the first half of the game with two goals, Akwa United sealed the winning within 90 minutes of the game with five goals while they only conceded two. There was an energetic display of skills by both sides and it was an all interesting game. 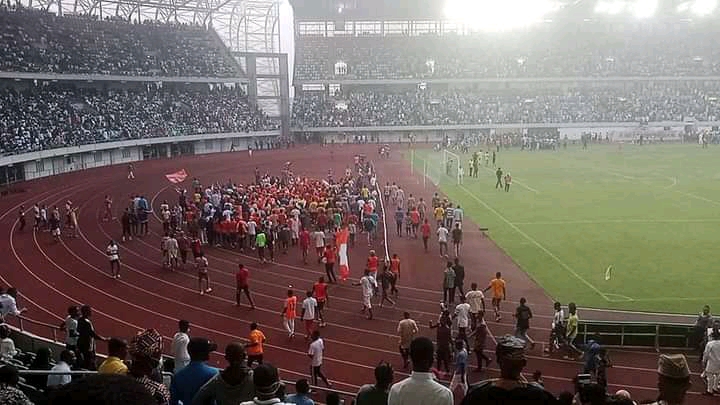 At about 18:15 (GMT+1), the trophy was lifted in favor of Akwa and the captain handed same to the governor of the state for celebration too. That is the first league trophy for the team since 25 years of it's creation. It was an indeed a bundle of joy for all Akwa Ibomites on the Victory earned by the players. This qualifies them to join other African Nations for the next African Champions League. 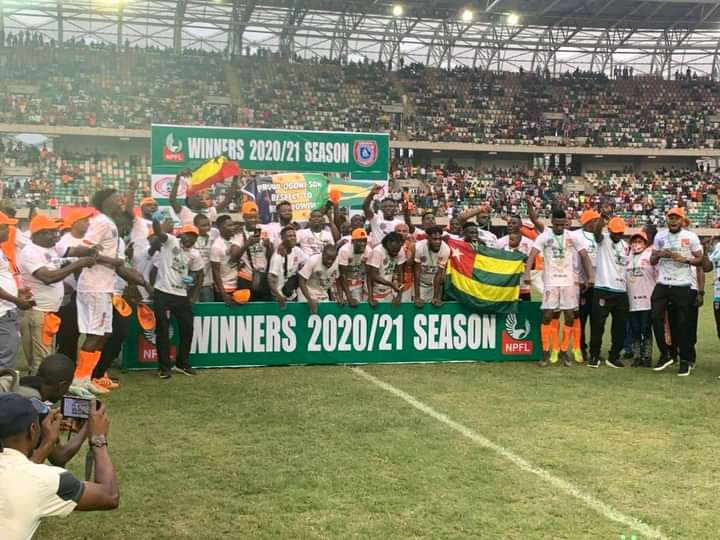 With one more match for the team, Akwa United prides with 71 points and 30 goals staying on the top of the league comfortable with a possible win in their next match which would sit them at 74 points. 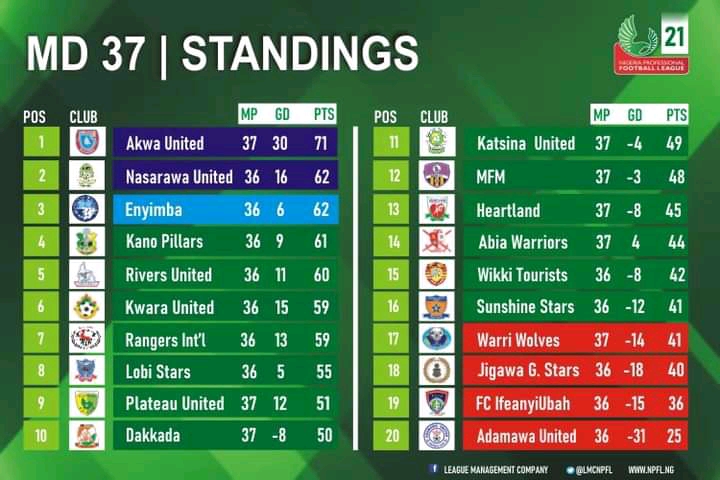 It's indeed a victory worth celebrating. Congratulations to the Promise keepers!

Congratulations to akwa united. This is a big achievement for the club. Gone are those years when Eyimba united dominated the league. Kano pillars did same. Football is now a game for all

Yeah, like we need a spread of stakes here on Hive. It's more fun when the celebration goes round. Thanks

Congratulations 🎊 to Akwa United and the all Akwa Ibomites. From the table, they actually won with 9 points, that was massive. It’s worth celebrating over and over 🥇

Thanks man. It's really a great time of celebration around here since Sunday.

Congratulations to akwa United and their well deserved victory. Am indeed a proud Akwa Ibomite.

Everyone is proud of their victory. It's well deserved from every angle.

Hahahaha. I must say that these guys did a very nice job. I was proud at their winning. Anyone could celebrate their victory because they deserved it.

It's time we started more of Akwa United sports branded wears and gifts items. Time to promote our local sports.

Yes. That's true. I was thinking of that lately today. That's a very nice idea. By so, sports token will be well known.

Congratulations to aiwa united for their victory of the Nigeria professional league. They really played very well which the really deserved the trophy among the all 37 matches or states they get the trophy. Congratulations once again

Thanks for celebrating with Akwa United FC. This is just the beginning of their relevance in African sports.

Congratulations Akwa United. Amazing victory for the uyo based club. Truly well deserved. First league trophy must feel amazing. I can only imagine how excited the players and people from that state must be right now. Love the way they ended the league by thrashing the mfm in a convincing win.

Glad to also see the baton has been shifted to another hand after seeing a particular team dominate the league for years. I believe you are from that state?. Happy times for you. Hope the team continue in this fashion in the coming season