Today is February 1, 2022 and a day marked to encourage all Hive users to save into their future and store up their wealth to help them spread more rewards to other users through upvotes. Powering up tokens is one of the ways we show solidarity for our blockchain while also indicating how much we believe in the future of the Hive blockchain and its products offered.

Talking with one of my mentees a day ago, I reminded him that powering up tokens is what helps a Hive user to draw more value from His Hive investment since the future would always get better. Today, we are rejoicing on a $1 Hive and going back the memory lane we can see that Hive was only $0.1 at the start of year 2021. 14 months later, a user who consciously powered up at least 10 HIVE daily would have had 140 HIVE today which is 10x worth more than the value as at January, 2021.

Powering up tokens for me is a must every week, month and sometimes daily as much as I can access the cash to do so alongside my earnings. I would have loved to power up at least 100 HIVE each month, but I choose to split it among the Hive-engine tokens that form my curation portfolio. Minutes ago, I powered up HIVE< LEO, CTP, CENT, SPORTS, LIST, ONEUP and SPT. The volume of these cryptos powered up are as follows:

I'm looking forward to a time when the value of tokens distributed via my second layer token stakes would be worth over $10 in a single upvote trigger. That would mean earning $50 daily from curation reward and that would be used to boost my Hive earnings. Growing on this blockchain has been from the second layer tokens and I so believe in the communities and the products they offer.

At whatever level you do, powering up Hive and Hive tokens on a day as this is a step towards a wealthy future. We look forward to when Hive would be $10, $1000 and even $1000 and then, we'll have most of the tokens valued well over $1 and more. 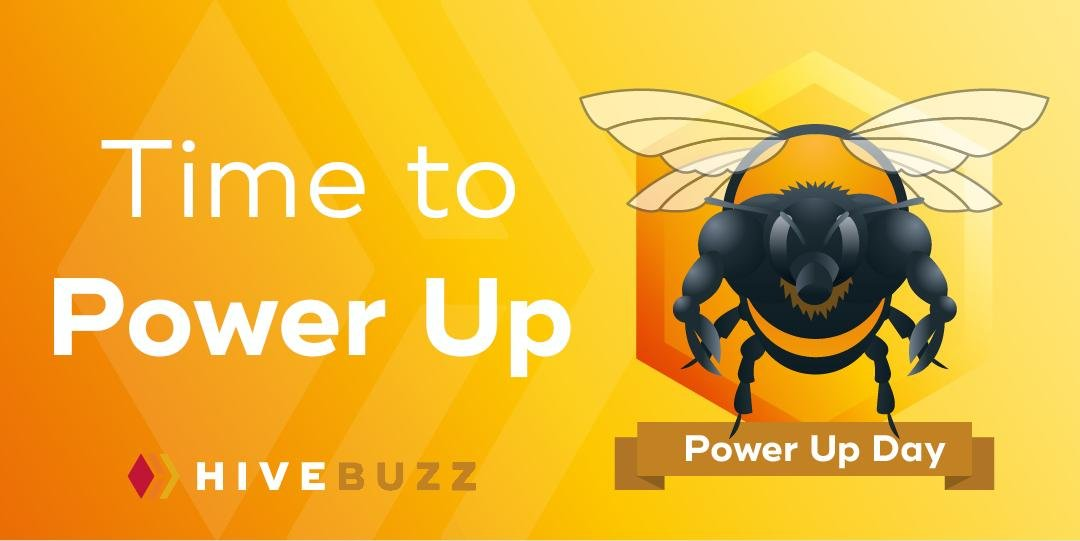 While we have everyday to power up Hive and Hive-engine tokens, doing so on Hive Power Up Day is exciting and will qualify a hive user for a @Hivebuzz's batch. We cruise here and catch as much fun while doing some serious savings into the future.

It's indeed time to Power-up Hive and Hive-engine tokens. Secure the future today with at least 10 HIVE power-u

How much HIVE and Hive-engine tokens did you power up on Hive-PUD February, 2022?

I am a called teacher, a serial entrepreneur and a Graduate of Agricultural Engineering. Nigeria is my root and a place full of opportunities. I dropped out of a Master's Degree program due to funds, yet I do not regret growing the courage to start my business from the scratch. Today, I've built layers of Businesses on the Hive blockchain in terms of Curation and it's a sustainable passive way of earning crypto while learning.