Start earning BTC on Hive with your Sports contents

Sure, this sounds like the best news you've heard lately about the SPORTS token. However, it's just the beginning of better days ahead. SPORTS was like a demo hive-engine token to me in 2019 when I started investing in Hive's second layer. It was cheap enough and I could spare some $$ to play around with the tokens with less risks. The first token I'll ever stake and grow my stake for curation purposes. When I started tracking my growth in curation returns, it was just massive. Weeks, months passed and my SPORTS holdings ran into 7-digit (unit millions) and then to 8-digits (tens of millions).

There was a time almost everyone dumped SPORTS on me and I packed them at almost nothing. The decimals were quite long and I can't remember that. I was never bothered. For me, I was learning crypto trading and second layer curation with SPORTS. However, things changed at about 2020 Q4 and 2021 Q2. SPORTS token again earned admiration and investors started buying. At that time, I was selling, that's the reason I couldn't pass the 100 million stake mark. It might interest you to know that I've cashed over $3,000 from SPORTS token alone and that still fun for me.

It's a new season for SPORTS token the moment I read this post created by @patrickulrich. From now on, you can swap your SPORTS to BTC and vice versa on tribaldex. He's really working hard lately and I see the SportsTalkSocial community rise. This community has been under-estimated and I think its worth more than we know. The recent addition of SPORTS to the DeFi pools on tribaldex has helped to stabilize the price of SPORTS token over the last few months.

Tonight I purchased another pool pairing for SPORTS with SWAP.BTC. This will allow anyone with SWAP.BTC to trade into or out of SPORTS! You can probably imagine how this could benefit everyone in our tribe.

Beyond just our authors, this should make it much easier to find people willing to work on our project as far as development too. Now someone can build something that makes SPORTS better then request funding from the token fund, like I've done here, convert those payments to BTC and then cover their costs. It opens us up to finding talent that doesn't have to care about the future of the platform to keep HODL our token in hopes that we build a community they like in the end. They can now go directly towards one of the most liquid currencies in the world.

I'm not trying to get you tuned. It's for real. I just converted about 865k SPORTS to $18.33 worth of BTC (0.00044424 BTC). It was a test case for me and it worked. That's way huge. It makes more sense presently as Bitcoin is down and assume when BTC is back to $100k, then my 865k SPORTS would have been worth close to $50. See the screenshots below. First is the dieselpool swap for SPORTS and SWAP.BTC on Tribaldex and the second is my hive-engine token balance showing my $18.33 worth of BTC. 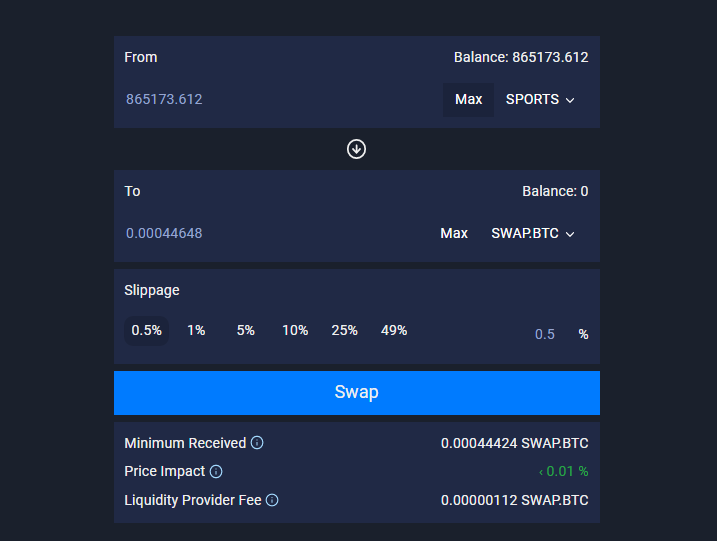 if you didn't still understand me, I meant that, from now on, you can start earning BTC on Hive via SPORTS. It's simple. make #sportstalk posts, earn SPORTS and swap it for BTC. Don't you think this swap would help SPORTS recover in price since there would be less pressure on SWAP.HIVE market? and when BTC recovers, I'll personally want to buy back millions of SPORTS. I have a dream. IO have a project that would utilize SPORTS. It's in the future and it'll be a game you'd love. I'm not in a hurry, My SPORTS holdings are a long term investment and I told myself I could actually hold say 1 Billion SPORTS before 2030.

The development around the SportsTalk community has been growing of late and its amazing to see the direction things are headed. 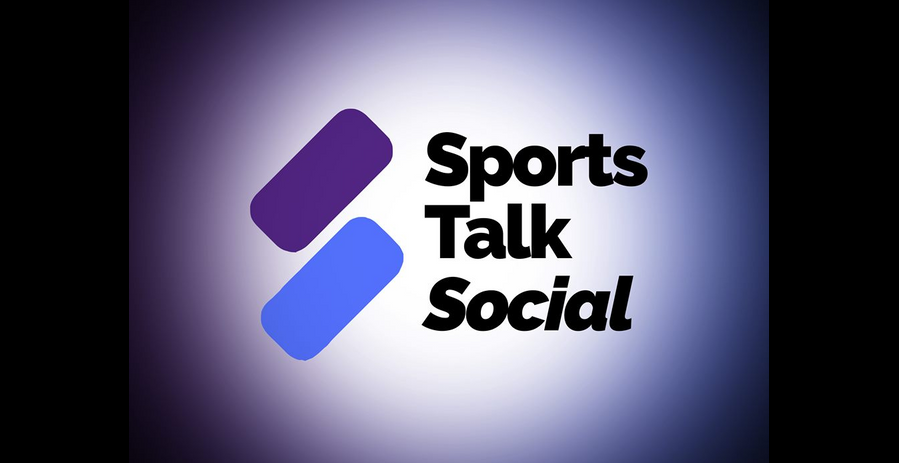 SPORTS is a hive-engine token earned by creating sports contents via sportstalksocial or using #sportstalk tag on a sports post. Actifit posts also earn SPORTS token by defaults. Presently, 100,000 SPORTS token is worth 2.5 HIVE and it's a fair price to accumulate SPORTS which can be traded on hive-engine market or swapped on tribaldex against SWAP.HIVE, AFIT or SWAP.BTC. Presently, curating with SPORTS stake gives over 50% APY and that's a fair especially as the token is in its lows in terms of price. I think it's worth investing in.

Do you think that the SPORTS:SWAP.BTC dieselpool would have an effect on the economy of the SPORTS token? Lets discuss..

I am a called teacher, a serial entrepreneur and a Graduate of Agricultural Engineering. Nigeria is my root and a place full of opportunities. I dropped out of a Master's Degree program due to funds, yet I do not regret growing the courage to start my business from the scratch. Today, I've built layers of Businesses on the Hive blockchain in terms of Curation and it's a sustainable passive way of earning crypto while learning.

SPORTS has some potential I must admit and staking will obviously help it thrive in the long run.

Yeah, currently I'm more of a curator in the community for now. Staking is a great way of earning passive income.

I write posts in Sports Talk everyday and loving it. Fantastic community that motivates me to keep going back everyday.

I do believe something will trigger massive growth based on a use case down the track but irrespective of that, the community rocks

Exactly, the important thing is to enjoy engaging in any community you are in. Indirectly, you are contributing to the growth of the project and its price.

I was really pumped up on SPORTS after reading the news days back. It's indeed a move that'll boost SPORTS token.

As someone who enjoys sports and writing, I think I might take that to heart and just try to join the community!

It is great to see the renewed growth in the recent months - and also nice to read your sort of success story!

It will be a great step to begin engaging and posting in the sportstalk community; a lot of developments may soon take stage.

Already, growth can be visible in the community.

Delegate your tribe tokens to our Cartel curation accounts and earn daily rewards. Join the family on Discord.

That sounds like an interesting idea. Maybe I will also convert a little bit of SPORTS into BTC and see if I can get more SPORTS later on.

That's good news. I don't have much SPORT, but a couple of months ago I switched from swapping it out for other stuff to hodling and staking. This gives me a big extra incentive to pay it more attention. Thanks.

I think some people who think that this is sounding interesting are missing something here. We are not trying to see if it can work, we are already swapping so if you still see it just as a sound to you, then you are missing something and I would advice those still thinking to dive into this adventure.

Congrats on your first swap sir.

I have exactly the same interest in the sports tokens as you.
I have been trying for some time to make the Sports Token known in the German community through my competition / raffle.

https://www.sportstalksocial.com/@filosof103/10000-sports-power-delegation-to-win-zbib7x
I organize a Verlsoung every week, so that more power is created for the participants.
I would be happy if you could support this raffle possibly also something, so that more participants can win.
I have always raffled 10000 Sports-Power Delegation and would like to increase this to 50000.
But I don't have enough for that.
Later then even to 100000. With raffles always more users are interested in it and the token becomes known.
This helps everyone.
I am looking forward to your answer.
LG.