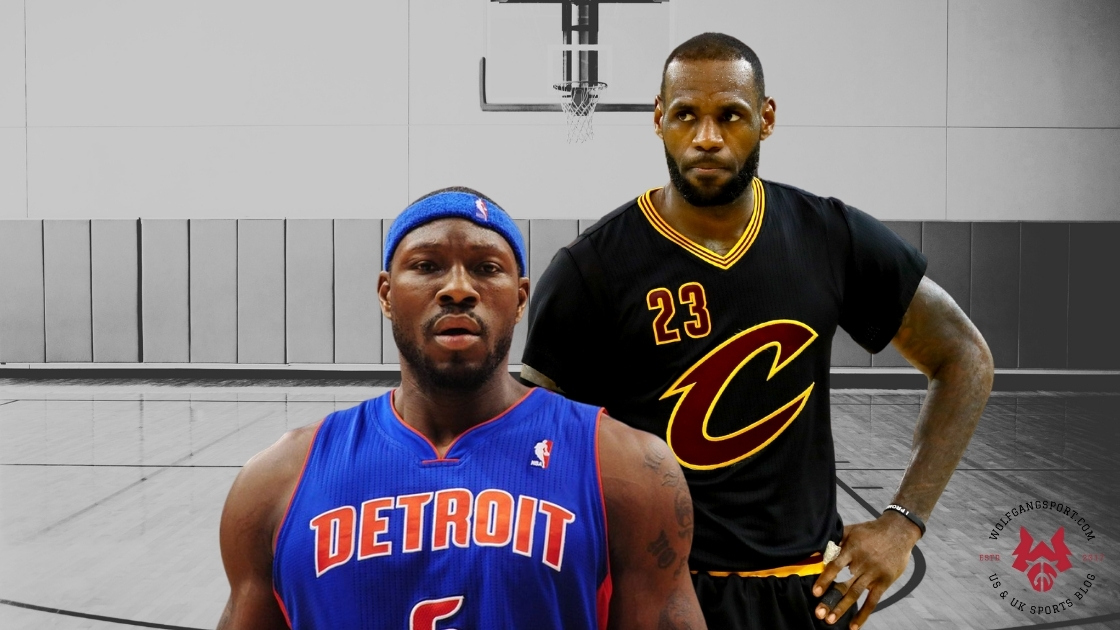 Shot blocks only became an official NBA statistic at the beginning of the 1985-1986 season. One of the most underrated NBA stats, a blocked shot gets crowds pumped and can completely swing the momentum of games.

Lets check out the six best blocks in NBA history. These blocks wrecked Shaq, Yao Ming and Michael Jordan, and one brought an entire organisation to a standstill for years.

The 1995-96 Chicago Bulls are the best NBA team in history and Michael Jordan is a perfect 6-from-6 winning Finals MVP but Shawn Kemp almost changed the course of history and could've won it for himself.

Shawn Kemp is the player many say was the beginning of the prototypical NBA 'big man' in the the modern era and he came close to stopping the unstoppable Jordan and the 95-96 Bulls.

Kemp is known as one of the best dunkers in NBA history, behind Michael Jordan of course, but Kemp rattled Jordan with this blocked shot.

Jordan went in for the basket and Kemp came up with the monster block in the 1996 NBA Finals. On the following transition Kemp then hit a floater straight by Michael Jordan.

It was Game 6 of the 2013 second-round playoff series and the Knicks were charging towards leveling the series 3-all.

With a two-point lead in hand, Carmelo Anthony spun around Paul George and headed for a baseline dunk. Up stepped Roy Hibbert who completely stuffed Anthony at the rim with his fifth shot block of the game.

Hibbert's rim protection was great all series. The two-time NBA All-Star Hibbert was matched up against 2012 Defensive Player of the Year Tyson Chandler.

The block completely swung momentum of the game with the Knicks looking like they were going take it to a Game 7 in New York. The Pacers then went on a 9-0 run. outscoring the Knicks 16-7 to close out the game.

The loss marked the end of any momentum the Knicks had in the 2010's and kick started eight straight losing years, ending in 2020-21 with the Knicks finishing with a 41-31 record.

Hall of Famer Ben Wallace could block anyone, even the best center to ever play in the NBA. It was April 27th 2002, and Game 3 of the Pistons and Raptors first round playoff series.

It was the day Hakeem Olajuwan - with 3,830 blocks and the all-time leader in NBA shot blocks - was on the receiving end of a nasty block from Ben Wallace.

Ben Wallace would finish his career with 2,137 blocks of his own and ended up 14th on the NBA all-time blocks list.

The block marked the handing over of the reigns of the best shot blocker in the league, over to Ben Wallace, Hakeem Olajuwan retiring at the end of the year and Wallace becoming a four-time NBA Defensive Player of the Year

Nate Robinson was very short by NBA standards but he proved he was no slouch. Robinson has the most slam dunk contest wins of all-time with three crowns.

Robinson showed unbelievable athleticism and timing to climb up and block the almost two-feet taller Yao Ming. Although it wasn't enough for the Knicks to win the 2006 regular season game, Robinson proved that little guys can make it in the NBA. And I'm pretty sure Yao went down crying straight after it.

Ben Wallace had his number 3 jersey retired by the Detroit Pistons in 2016 and he was inducted into the Naismith Basketball Hall of Fame in 2021.

The four-time Defensive Player of the Year winner was a one-way superstar, able to dominate a game without the need to score points.

The 2005-06 Pistons finished with a league best 64-18 record but would lose to the Miami Heat in the Eastern Conference Finals. Ben Wallace still left his mark with a game five highlight and one of the best blocks of all-time.

Shaq said after the game that he didn't think it was a block - "That was a foul, young lady. You know that was a foul. Don't ask dumb questions".

It's clear that Wallace's block was legit. It just adds more to why its one of the best blocks of all-time.

With 1:56 left to play in Game 7 of the 2016 NBA Finals, Andre Iguodala was on a clean break and was a certainty to put the Golden State Warriors ahead with the scores locked at 89-apiece.

Cleveland Cavaliers superstar LeBron James never gave up on the play, chasing down Iguodala at 20.1 miles per hours. LeBron sprung at the ball from behind, soaring 35 inches and blocking Iguodala's layup with one of the best shot blocks of all-time.

'The Block', as it's known as, swung momentum completely toward the unfancied Cleveland. After trading misses, Kyrie Irving hit a three-pointer over Stephen Curry with 53 seconds left.

LeBron's block is seen as the play that helped decide the game and the 2016 NBA Championship. The Cavaliers stopped the best team in regular season history, the 73-9 Golden State Warriors, and became the only team ever to overturn a 3-1 deficit in the NBA Finals.

The Block is considered one of LeBron James' greatest clutch moments and one of the most clutch defensive plays in NBA history.

One day, you might look up and see me playing the game at 50. Don't laugh. Never say never, because limits, like fears, are often just an illusion. - Michael Jordan

Love it. He's the reason my favourite team are the Washington Wizards

Nice list. It's good to see Big Ben twice in there. I was at the Palace that day with the block on Shaq, as you can imagine the crowd went wild!
I guess Giannis' block on Ayton this year could make that list too.

Bro no way! How does Little Caesars compare to the Palace?

Not really sure, I only went once to Little Caesars for the Pistons (a few more times for the Red Wings, and of course concerts), and it was so exciting that I don't even remember which team they were playing against. The arena is really nice and the location in Downtown is great too, but this Pistons team hasn't been the most interesting the past few years. I don't even know who still play these days. For sure, I miss Big Ben, Billups, Sheed and the rest! I'll have to check it out again though, that's a good pretext to hang out in Downtown.

Ben Wallace just entered the hall of Fame.
He is a huge guy. I recalled when he covered the paint
hard for anyone to come in or even thinking of dunking.
Age got the best of these guys.

Hes my favourite of all-time, reason I got into ball. Such an icon of the game

This is an awesome post wow! Great job! I think that Lebron block was one of the wildest thing I've ever seen