It ain't over till it's over! 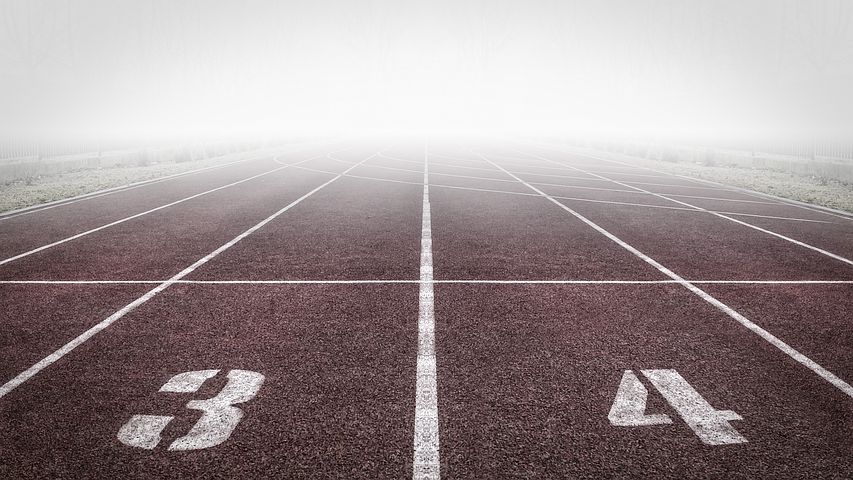 Should you not have time to read this post in it's entirety, skip to the Iron Woman video at the end. It's a must watch. Incredible. Inspiring. Kind of funny, when you see the woman in second coming flying along with that strange, yet genius gait. I know I shouldn't laugh, but it's hard not to, let me know if that's just me! 😁

Ok, now back to Jamie Cooke's heroics. Clearly struggling in 3rd place with a couple of hundred metres to go, check out Cooke's spectacular fightback towards the finish line. Does he have enough to catch Frenchman Prades Valentin?

Have a look at the video below which is the only one I coukd find on YouTube - sorry for the cheesy music, but what a climax.

Now that's what I call a grandstand finish!

With so much ground to be made up, Valentin Prades thought he had it wrapped up and raises his weary arms in celebration. What he didn't count on was Cooke having an amazing second wind, and storming to the finish line, to pip Prades by 0.03 of a second. Cooke became the first British male winner of the modern pentathlon world championship since Richard Phelps 1993 win in Darmstadt and what a way to do it!

For those of you unfamiliar with the Pentathlon, it comprises of a 200m swim, 35 fencing bouts, a round of show jumping, four laser shooting series and four 800m runs.

Watch again how Cooke eases past Pavlo Tymoshchenko, of Ukraine, to move into second place, before produced a gut bursting turn of speed to pass Prades and snatch gold by the bare minimum - 0.03 seconds to be exact!

He found power from above from his Grandad:

"I've worked so hard for this. I was really struggling on that last lap and unfortunately my grandad died last week so that was for him."

said Cooke before continuing that

"it was a dream come true!"

Cooke found himself languishing in 7th place after the swimming, fencing and show jumping, but managed to get back in contention on the run/shoot before his spectacular finish.

"My first shoot was terrible, so I was trying to make amends for that," Cooke told reporters

"I saw Valentin go past me and I thought 'oh no', but I just dug in and kept going to see what could happen."

he continued with a hue smile etched across his face.

"I just found in the last 100m that I had something left in my legs."

Quite incredible. It teaches us two things about sport I guess. Firstly, never give up until the bitter end, and secondly, never assume you have something won, as the cliche goes, it's not over till the fat lady sings. I remember learning this lesson myself when I was around 12, I led a 1500 metre race right up until the last corner, and watched someone pass me, and I had nothing in the tank. Then 5 metres from the line someone else passed me and I was doomed to a bronze medal, but you guessed it, I was pipped on the line and went home empty handed. I never finished a race again without having a little left in the tank and to this day, in a race, I always have a strong sprint finish. The danger these days is that sprint finish is a recipe for muscle injuries, as I close in on forty years of age!

Watching this amazing finish made me wonder if there are any other amazing athletics sprint finishes and i happened upon a few which I'll share below.

The photos used throughout are not my own and were sourced here:
http://www.pixabay.com
http://www.trendsmap.com

It is amazing that certain athletes find super human strength from somewhere when they should be tiring. I think this is what separates the top athletes from the good ones unless it is steroids lol. I just don't trust any of the athletes today as after watching Icarus it looks like the majority are involved in some way.

There is something about the finish line being in sight or close, which allows you to engage some sortbof hidden gear in my experience.

Sadly though in elite athletics I think you're right and a high percentage are using some sort of dodgy or illegal substances. I won't say majority as I'm an optimist and would hate to think that this is the case.