Swim away your worries 🌊 🌊 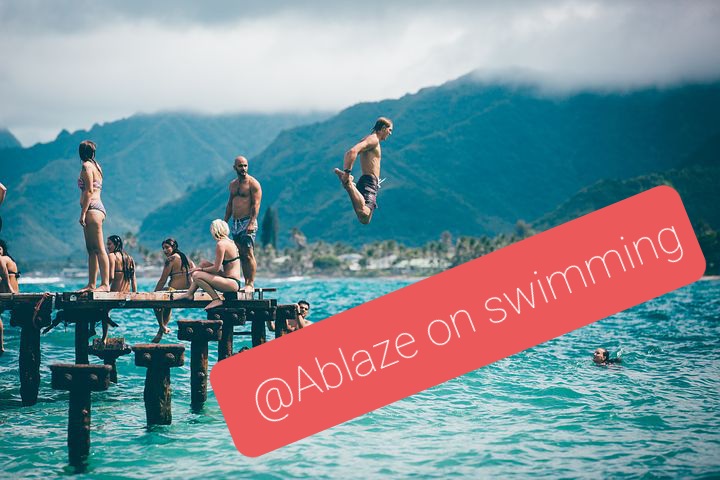 Swimming is the perfect escape. Nothing pleases me more than lying back in a warm sea or ocean looking up at a cobalt blue sky with not a cloud in sight, while I lightly thread the water with my arms and legs. The way the water seeps slowly into your ears, muffling the hustle and bustle to a gentle murmur. It's something I do whenever I go on holidays - I swim out one hundred yards or so, then kick back and float there for a little while thinking to myself: "isn't this just the life!" Sometimes it's the simple things in life which can give you the most pleasure.

These simple delights have been taken from us recently with Covid-19 and limited over seas travel. As a result the few times I've been in the water have been limited to the cold Irish water. The various lockdowns have seen a huge surge in sea swimming in Ireland. During the pandemic, some of my good friends and family have joined the masses and given rave about how good it makes them feel. Some are now doing it every day before work at 6:30am. I'll have the opportunity to join them soon, but I much prefer the prospect of going on a foreign holiday again in 2022. I might still join them every so often for the Irish sea swim though.

Im 2019 we were lucky enough to get away to the sunny climes of Spain twice, but as well as that, rainy little Ireland also enjoyed an uncharacteristically warm summer that year, so my happy floating even happened here at home in the Gulf Stream warmed Atlantic Ocean that year. Hopefully summer 2021 is another scorcher, which will allow some swimming, surfing and soul searching on the rugged West coast of Ireland and sure if the gods don't oblige, there's always another trip to Spain's sun drenched beaches to appease my needs in 2022!

I guess I've always been a bit of a water baby. On family holidays I'd rarely be seen out of the pool or away from the beach, unless I was eating or sleeping. The water always had some sort of draw for me, I guess, so it's no wonder I am a comfortable swimmer, a surfer, an occasional fisherman and a huge lover of water sports and all round Aqua-fiend! I have my parents to thank ultimately for this love of the water, as I have lots of friends who hate the water and the beach is their idea of hell. How could that be? It's almost always because they can't swim or can't swim well. All of my brothers and sisters and I were lucky enough to be signed up for swimming lessons from a young age, and as such swimming is now second nature to us all. What's more fun than a water park in the sun! Fun and frolics galore outdoors while getting cooled down as you go. Just remember to top up the sunscreen, especially if you're blessed with red hair and fair skin like some of my friends! I'm lucky enough to be quite sallow, so I don't burn too easily, but I have friends who'd get sun burned if you light a match beside them! There's really no end to the fun you can have with water. I'm thinking surfing, I'm talking about jet skiing and scuba diving around the world. What do they all require? You've got to be able to swim. 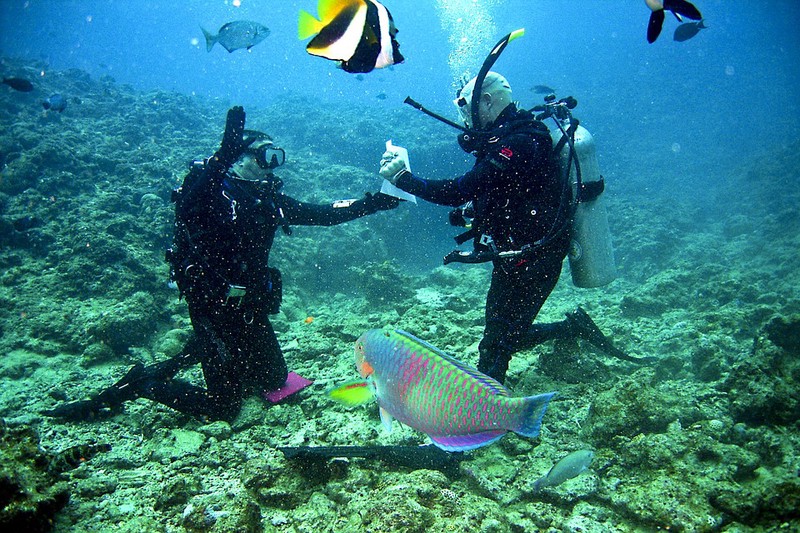 Well you've definitely got to be able to swim for this one, that's for sure. It's no good being twenty feet under water and only able to breath through your mouth and suddenly getting freaked out about your ability to swim.

I was lucky enough to try out scuba diving for the first time in 2006 off a picturesque little island called Tioman island off the East coast of Malaysia. The island itself was a little paradise and we had the time of our lives and while there I met these two guys from England called Tim and Tom who had just opened a scuba diving school on the island so I decided to do an introduction to scuba diving course with them. It was a one day thing, but it was an amazing experience. Anyone familiar with this part of the world will know that the visibility in the water is exceptional and I could see an amazing kaleidoscope of sea life while we explored the reefs around the island. The highlights for me were the school of barracuda and the turtles which we swam beside. The colours, sights and splendour are still vivid in my minds eye, such were their beauty and brightness. I was officially hooked and I completed my first Padi scuba training a few weeks later in Koh Tao in Thailand. The week long course was great and I enjoyed every minute, but the visibility wasn't a patch on what I enjoyed on Tioman. Nonetheless, I had discovered yet another water activity that I absolutely loved.

It really is a completely different world under there and all of the hype is true. If you ever get a chance to try it out, jump at the opportunity! If the thought of scuba diving freaks you out or the expense is too much, then snorkeling is a very good second. You can still enjoy many of the sights and colours, at a fraction of the cost and depth. My post so far has concentrated on the fun past times centred around swimming, but of course there is more to swimming than that. From backstroke to breaststroke and from Medleys to diving, there are myriad different competitive swimming disciplines, but I'll concentrate on my most recent jaunt into competitive swimming, which was around ten years ago. When I heard that my older brother was doing a sprint Triathlon, my competitive instinct kicked in and I thought, sure I could give that a crack! The only difference was that he had been training for three months and I hadn't done a patch! But why should that stop me! 20km cycle, no problem. 5km run, not a bother. 750m swim, Hmmmm, that could be tough!! Sure I could swim 100 metres, but then I'd usually chill, so doing 7.5 times that in one sitting? Ya that'd be tough... and so it proved when the big day came. The swim was by far and away the toughest. It's just a good job that the swim came first, as any other order and I'd have drowned!

The swim started off ok but after around 300 metres of swimming in a strong current with my wetsuit, I started to get a cramp in my left foot.. Bad as that was, the worst was yet to come! I then get a cramp in my other foot and I mean cramp!! Crippling pain type cramp... I thought one of the kayakers was going to have to save me, but luckily I managed to figure out that the backstroke seemed to quell the pain and I continued for a few minutes until the cramps subsided. To my dismay my backstroke sent me off on a tangent and it was now a 850 metre swim! I had inadvertently added an extra 100 metres! That explains why no one else was doing the backstroke! 🙈 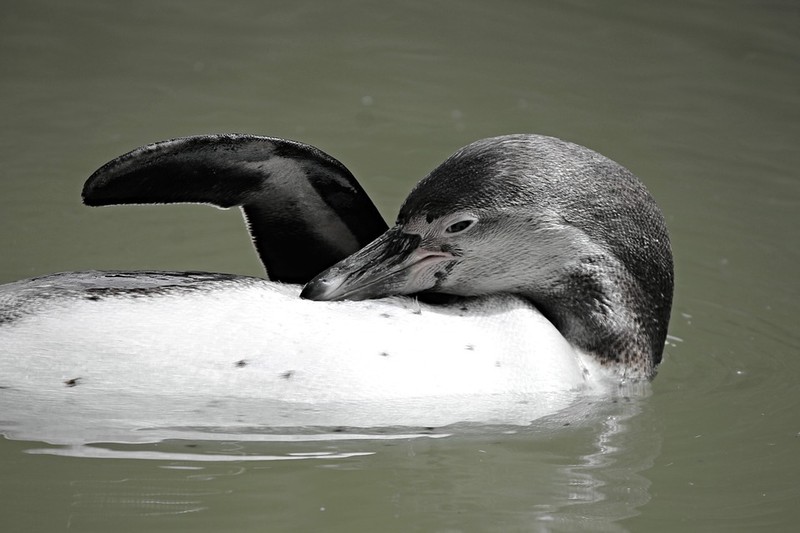 Once the ordeal of open water was conquered, the cycle and run were child's play and I ended up posting good times for each, but my swim and transition times were brutal. It's fine I thought to myself, so long as I beat the big brother! Did I beat him!? Nope he beat me by 12 seconds! 12 SECONDS!! 🙈 🙈

I should stick to the floating, surfing and scuba diving! The photos used are not my own and are all from the free image website below:

Thanks as always for taking the time to read my post.

O love swimming and we have a pool like most homes here. Swimming in the sea is far better though and people don't realise what they are missing out on. Another really good post and thanks for churning them out.

Thanks man. Ya, sea swimming is sweet and there are loads of health benefits l. In fact you've given me an idea for a post. I'll research it for a couple of weeks first though.

We had a pool when we lived in Australia - when the weather is like that you need one. I used to go for a swim every day and it was so sweet and the water was warm like bath water, a far cry from the Irish sea!

Damn! A cramp in the water would have me getting all panicked! Bonus confession, I am terrified of open sea, I just don't like the idea of not seeing what's under me.

Really!! No way... would you ever consider swimming lessons and gradually getting into it? Are you guys close to the sea there in France?

Really!! No way... would you ever consider swimming lessons and gradually getting into it?

Nope, just not my thing at all. But it's very specific, I am talking about REAL open sea, far away from the shore. It just too open for me...

I did scuba, on the coast, and also bodyboarding, and it was fun, but at the end of the day I am a river dude!

Ya, I can understand that. That's a rational fear, rivers are sweet too. My fondest river experience was tubing down the Nam Song river in Vang Vieng in Laos in 2007. That was wild!! They basically drive you ten miles upstream and give you an inflated tire tube. You jump in and float down stream, but there are little bars dotted along the river on both sides where you stop off for beers or Laos whiskey. It was pretty nuts to be honest, but such good fun. Laos is probably one of my favourite countries in the world, at least back then anyway - beautiful salt of the earth locals.

DUde!! Do you miss your crazy trips over the world? I am sure you had to slow down a little since the kids...
I've heard Laos Whiskey is disgusting and way too strong, is that true? Or was it Thailand? I can't remember...

Ya the kids have slowed us down for sure and by the time they are older, we'll be a bit old for backpacking!! 👴👵

We'll still travel though, as we love travelling and seeing different cultures and all that comes with travelling to new places.

To be honest, I was young and foolish and would have drank whatever was put in front of me!! The whiskey I remember is from Thailand and was called Sangsom... it was looper juice and they'd mix it with M150 (similar to red bull) and coke and a load of ice in a beach bucket and you'd drink it on the beach... Great times and memories 👍

Sen you some !LUV

When I was 12 years old I belonged to a small swimming team at school and every time I went to train and entered the water, I felt an incredible peace, I felt at home, too bad that over time the team broke up, but I still swim every time I go to the beach

Pity the team broke up, but great to hear you still swim. I too get that feeling especially in the sea. I love laying back just floating. Maybe there is something in us that associates the water with our peaceful 9 months in the womb before we were born and entered the madness and noise of planet Earth!