Tribute to one of the greatest ever - Nicklas Lidström Nicklas Lidström is without a doubt one of the best and most skilled defenders we have had in Swedish hockey of all times. On no less than seven occasions in eleven seasons (2001-2011), Lidström was named the NHL's best defender, Norris trophy. Only the legend Bobby Orr, Boston Bruins, has won the award more times in the entire NHL history. 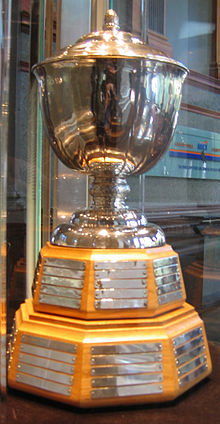 Seven times can you see Lidströms name on the throphy

That Lidström was a talent beyond the ordinary was clear quite early on. He quickly caught the eye when he started playing ice hockey at home in little Skogsbo outside of the town called Avesta.
Lidströms fine skating, technique and puck treatment as well as safe behavior on the ice stood out immediately. As a teenager, Lidström came to Västerås, VIK Hockey, where his development curve went straight to the top.
At the age of 17, Lidström had played for himself a regular place in Västerås first squad in Div I, season 1987/1988.
He was then involved and played with Västerås in Elitserien (Higest league in Sweden at that time).

It was a big surprise for everyone that we went up in Elitserien. I do not think anyone in the club expected us to go up, says Lidström: 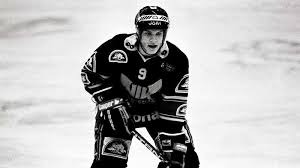 As a 19-year-old, Lidström had his big breakthrough in Elitserien. He kept an even level all the time and was VIK:s consistently best defender and was a contributing factor to the team going to the playoffs. In his 39 games played, Lidström scored 8 goals and had 8 assists.

He made his debut in the national team against Czechoslovakia (6-3) in the Deutschland Cup in November 1990. Lidström crowned the season by becoming world champion with Sweden in the spring of 1991 in Turku, when Sweden beat the Soviet Union 2-1 in a decisive match.
Lidström played well in the entire World Cup tournament and scored the most points (6) of Tre Kronor's defenders. In his 30 international matches played during the season, Lidström scored 7 goals, 11 assists, a total of 18 points. Only three players - Håkan Loob (f), Färjestad (21), Mats Sundin (f), Quebec (20) and Patrik Ericksson(f), Brynäs (19) - had more points.

I'm very happy with my first season in the national team.
To be part of and become world champion already in my first World Cup tournament is almost too good to be true. 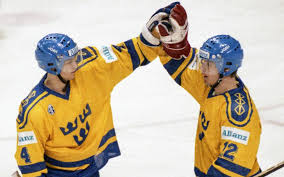 NHL pros after the World Cup

After the World Cup gold, the 21-year-old Lidström signed a lucrative contract with Detroit Red Wings for the 1991/1992 game year. It was a very good and well-educated defender who arrived in Detroit, after having previously helped Tre Kronor to a third place in the Canada Cup.

Lidström turned out to be much better than everyone in Detroit had expected and immediately grew into a top defender in both the Red Wings and the NHL. Lidström scored 11 goals, 49 assists, a total of 60 points in 80 games in the regular season during his first year as a professional in the world's best hockey league.

Lidström was by far Wings best defender in terms of points and also scored the most points of all rookies in the league that year. But the award for Rookie of the Year in the NHL did not go to the Swede, instead it went to Vancouver Canucks Russian Pavel Bure, who scored 34 goals in 65 games.

I do not think many would have protested if Lidström won the award instead, stated Detroit's general manager Bryan Murray.

Best defender in the NHL

It would soon turn out that Lidström would be just fine and exceeded all expectations that Detroit had on him by far! One peak season was added to the other. After just a few years in Detroit, Lidström was one of the NHL's very best defender. But Lidström had to wait for several years before he won a large individual prize.
But in the 2000/2001 season did Lidström take home the James Norris Trophy, as the NHL's best defender, for the first time. He won the vote on the prize by far. There was a difference of 300 voting points between the first Lidström and the second Raymond Bourque, Colorado Avalanche.

It was a very special feeling to receive the Norris Trophy as the first European ever. Of course I feel very proud and honored, said Lidström.

The following year (2002), Lidström helped his Detroit Red Wings win the Stanley Cup for the third time in six seasons. Lidaström played great in match after match and was subsequently named the most valuable player of the entire playoffs and was awarded the Conn Smythe Trophy.

We have many very good players in our team, where almost any of them could have won the Conn Smythe Trophy. I was pleasantly surprised that I won. Honestly, I did not even think about whether I could win the prize, said Lidström. 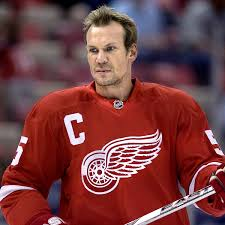 After the lockout in 2004/2005, Lidström took his game to a higher level and only got better and better. For the next five or six seasons, Lidström was in a class of his own among the NHL's top defenders.
He was the best on the ice in almost every game with his Detroit and rarely made a really bad game. I never think we have seen a defender in the NHL after turning 35 years old be as good and dominant as what Lidsrtöm was.

Hit the winning goal in the Olympic final

Lidström made his best NHL season in terms of points as a 35-year-old in the 2005/2006 season, when he was recorded for 16 goals, 64 assists, a total of 80 points in 80 games, which was the best of all the league's defenders.
The same season, Lidström became Olympic champion with Tre Kronor in Turin, after he himself scored the decisive goal in the final against Finland (3-2), played by Mats Sundin and Peter Forsberg. 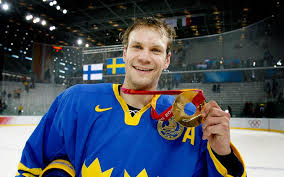 Two years later, Liström led its Detroit to victory in the Stanley Cup for the fourth time since 1997. Lidström then became the first European team captain to take his team to a final victory in the cup.
Three years later, Lidström was named the NHL's best defender again, 41 years old! It was the fourth time in the last six seasons that he won the Norris Trophy. In the spring of 2012, at the age of 42, he retired from icehockey.