This is a fight that I haven't watched in forever but it's a boxing classic and a must-watch for fight fans. This fight took place in 2004 and was the first of four fights between Manny Pacquiao vs Juan Manuel Marquez.

Manny Pacquiao is one of the all-time boxing greats and he's always gonna give you a TON of punches and a hard fight. Juan Manuel Marquez is another great, highly skilled fighter who's very dangerous in the ring as well.

I watched the fight and shared some of my thoughts on the rounds...

Watch the fight and let me know how you scored Manny Pacquiao vs Juan Manuel Marquez 1 for a chance to win 1 Hive SBI Unit!!!

ROUND 1: Pacquiao
They don't make boxers like Juan Manuel Marquez anymore. He was getting his ass WHOOPED by MANNY and was getting back up and brawling. He never retreated, he stood in the ring and boxed his way through the round like a man...

ROUND 2: Pacquiao
Manny won this round but Marquez looked a lot better. It seems there was a point in the round Manny realized he had to respect Martqueze's power too...

ROUND 3: Pacquiao
Marquez is landing a lot more although some of his body shots looked a little low to me. It was a close round, I think my biased love for Manny made me give him that round. I really couldn't call that one.

ROUND 4: Marquez
Marquez is boxing his ass off now... He looks comfortable and is throwing some really good shots.

ROUND 5: Marquez
Marquez is beating my boy Manny up at this point. He's just a really skilled, powerful, and disciplined fighter. He's playing to his strengths sticking to his gameplan and is whoopin ass at this point.

ROUND 6: Marquez
Pacman showed a little more this round than in previous rounds but Marquez is still landing more power shots...

ROUND 7: Marquez
Another close round that I'm giving to Marquez. He had an answer for everything Manny threw at him and I felt like he won a lot of the exchanges they had.

ROUND 9: Marquez
Manny coming back for him. Manny's a real fighter, but Marquez is too much of a professional to let him win the round.

ROUND 10: Pacquiao
That was a hard round to give to Pacquiao but I feel like he edged Marquez out being the more accurate and aggressive fighter.

ROUND 11: Marquez
Hard fought round for Marquez. The tension has been building this whole fight, I'm thinking this 12th round is gonna be epic

ROUND 12: Pacquiao
He closed that fight really strong. 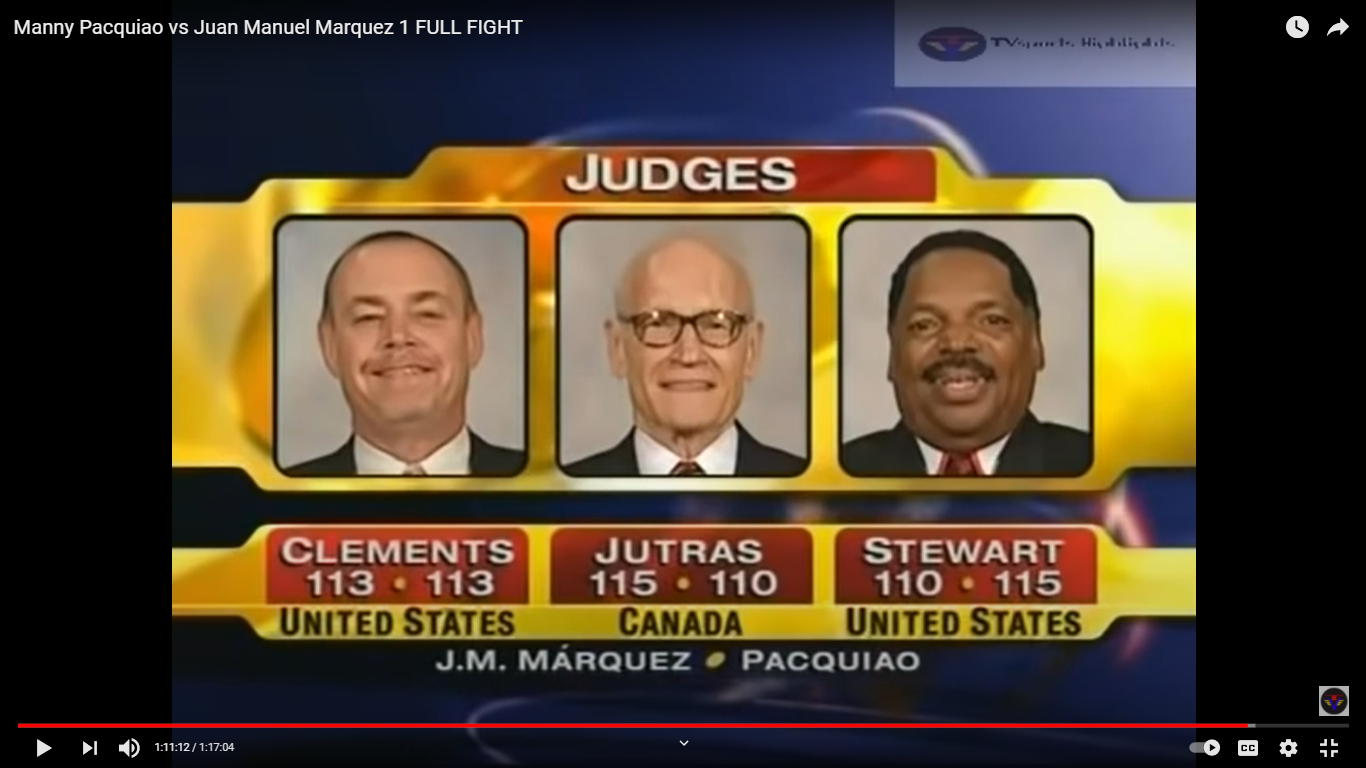 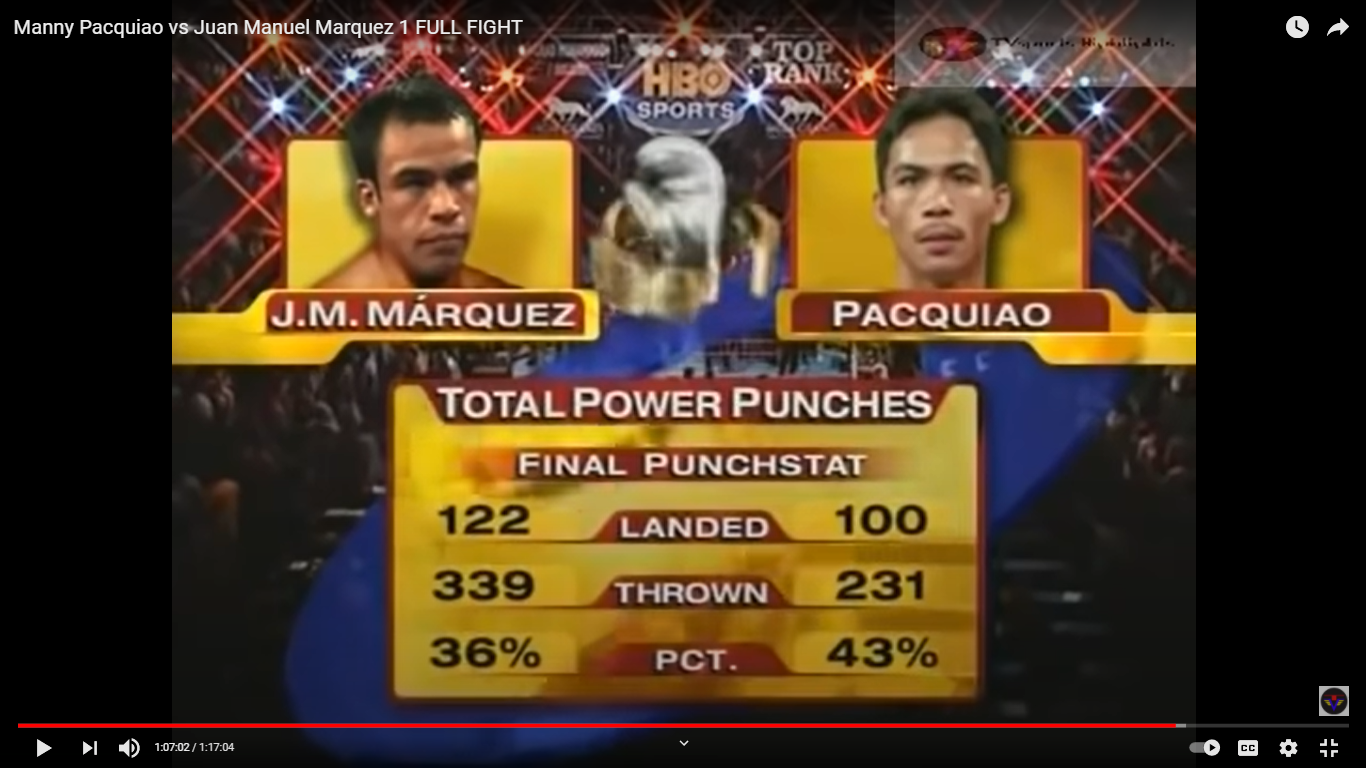 I scored a really close fight for Manny Pacquiao. Based on the first-round knockdowns he had the points, but I definitely feel like Marquez was more in control of the fight and won more rounds.

But let me know how you scored it and what you think in the comments!

I'm gonna be giving one lucky commenter an SBI unit for sharing how they scored the fight! (Free upvotes)

If you’re not on Hive yet be sure to create your free account here to participate in the giveaway: https://hiveonboard.com/?ref=bigtakosensei

A really good idea and lets hope everyone gets involved. I haven't watched the fight or at least can't remember this one so will get involved.

Thanks for the support, I needed something to do while I was snowed in but it was fun watching this classic fight. If it gets good reception I definitely want to make this a regular thing

Manny won this fight as Judge Stewart was crooked. 3 knock downs is an automatic 10-6 or a stoppage. The first round and second round won Manny the fight. Boxing is a crooked sport though and they didn't want Manny to win and is that simple. If you fight in the States you need to knock your opponent out.

I’m with you, I feel like they had a meeting and forced the cards to read a draw. But damn good fight by both fighters.