England fan use laser pointer in Semifinal England vs Denmark 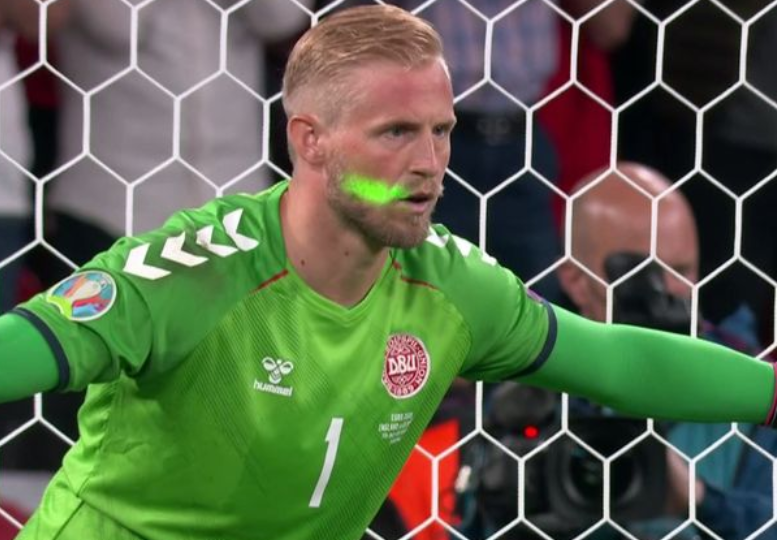 Even though England has win the match with Denmark but England will face UEFA charge after fan uses laser pointer. Pointer was aimed at Denmark goalkeeper Kasper Schmeichel before a Harry Kane penalty, which he saved. UEFA said in a statement: "The case will be dealt with by the UEFA, Control, Ethics and Disciplinary Body [CEDB] in due course."

I was thought this was happen in our football match in my country , but it was also happen in UEFA the world class football tournament. Just because some fans do those mistake , all England has been mark doing the case.

But still it was human being attitude.. some think rules are made to be broken haha

Such a terrible act from the English fans. Hope they get sanctioned for this. Been at your backyard shouldn't be the reason for the misbehaviors. Hope they don't try anything of such on Sunday.

yeah , hopefully it not happen in this final

Honestly this is very wrong and i don't support what the fans did as this might distract the keeper from knowing the direction of the ball.

ikr. just because one group of people , they accuse all england .