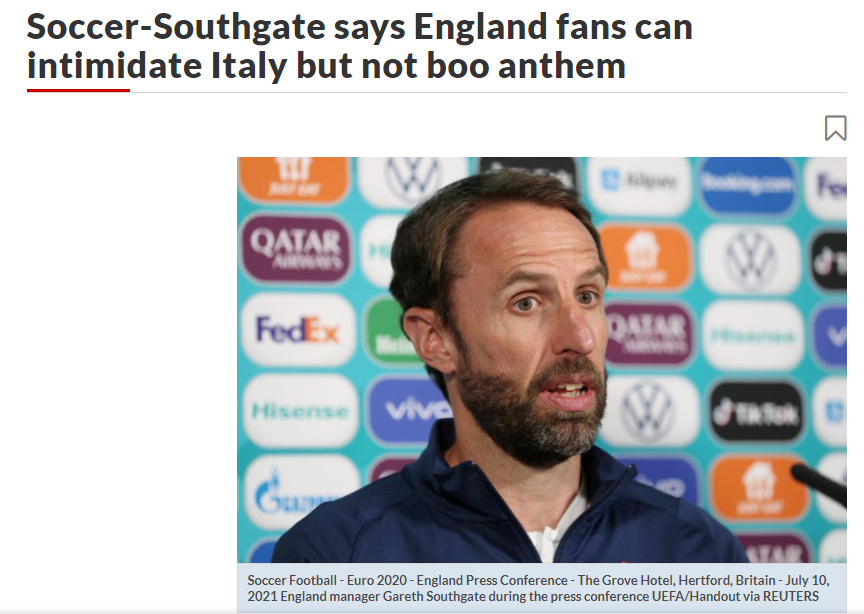 We hope the player do well in their match and the fans will show good sportsmanship during the game. There will only one winner for the championship and let the best team with better luck win the game.

Just because small part of England fans booed the Denmark' s national anthem during the semi-final , doesn't mean all England agree with what they do . And just because their behaviour , European soccer's governing body EUFA fined England's Football Association 30,000 euros or ($35,619) because the laser incident happen.

We hope this final , the game will be remind as a remarkable game and not because the fans did sabotage the game. Let the best team win today .