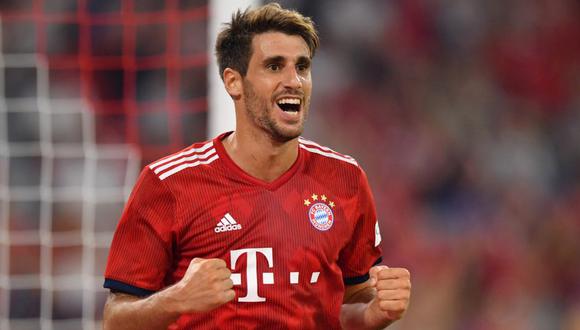 After nine years at Bayern Munich, Javi Martínez said goodbye to the club when his contract expired this summer. However, the former Spanish national team player should not have gone jobless for long, because he has just signed a contract with Qatar SC, which plays in Qatar's best row.

32-year-old Martínez will therefore be another Spaniard in the line who has taken the trip to Qatar. Former Barcelona and Stoke player Marc Muniesa already plays in the league alongside former Spanish national team player Santi Cazorla. Barcelona legend Xavi is also the coach of Al-Sadd SC, with whom he has just won the championship.

Javi Martínez has played 250 matches for Athletic Bilbao in La Liga, 268 matches for Bayern Munich in the Bundesliga and 18 matches for the Spanish national team.

He is a great player which i quiet believe ha can perform excellently well in any club. I wish him all the best in Qatar.
Thanks for sharing

Spanish player seem to love middle east club, don't seem to know why? Guess the tourist attraction has something to do with it.

Javi Martinez has really paid his dues, it's time to bow out from the big stage. Best wishes on his next career endeavor at Qatar