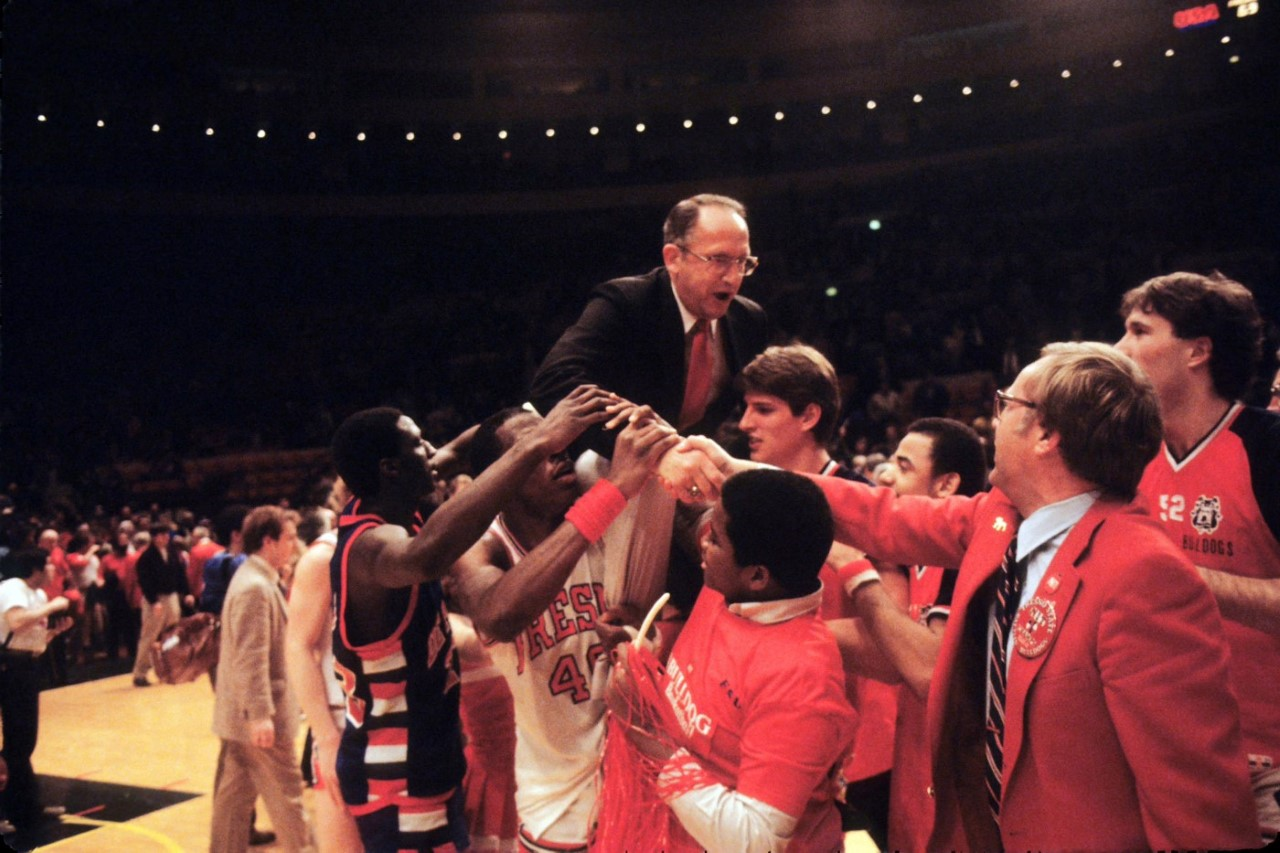 Coach Grant won a National JC championship at College of Southern Idaho. Before that he was a player at Colorado State. Then was an assistant coach for Joe B Hall at the University of Kentucky. At Fresno State he won multiple PCAA/Big West conference titles and his teams made NCAA tournament appearances with Fresno State making the Sweet 16 in 1982.

In 1983 he led the Bulldogs to the NIT tournament championship.

After his time at Fresno State, he returned to his Alma mater , Colorado State, and led the Rams to two WAC titles and multiple appearances in the NCAA tournament.

Rest in peace Coach. It was a special time in Fresno when you had those teams going. You put Fresno State on the map.