Nigeria EPL stars; their worth

It will interest you to know that a total of eight Nigerian players with a current value of €116,700,000 (N56,528,792,053) will be file out for the following clubs, Everton, Leicester City and Watford in the 2021/22 English Premier League campaign. this financial value update of the players were posted on respected independent football statistics website sources.

whole lots of players who came in to their EPL clubs at higher value, we have seen their stock slide heavily, on the other hand, others have seen their value increase rapidly due to consistency in their improvement in their as the play.
Now from the statistics, we see Watford boasts having the highest number of Nigerian players this season, in the line up we see the likes of William Troost Ekong, Emmanuel Dennis, Oghenekaro Etebo, Tom Dele-Bashiru, and Isaac Success. while the likes of Kelechi Iheanacho and Wilfred Ndidi with FA Cup champions Leicester City, Alex Iwobi looking forward to the colours of Everton. sources
Midfielder Wilfred Ndidi joined Leicester City from KRC Genk at 19 for €17m (N84,449,580). i love him so much, as a talented player has proven to be one of the finest , and i mean it, a defensive midfielders in Europe and has helped the qualify for European championships ever since his contract with the the club. He was instrumental in Leicester City’s FA Cup win last season, he is one of the Nigerian player who's value has risen amazingly from €17m in 2017 to €60m in 2021, according to transfer market.
Kelechi Iheanacho (€20m = N9.6bn) sources
Iheanacho was contracted to Leicester City on a five-year contract precisely on August 3, 2017, at the value worth of £25m (N140,749,300) after being deemed surplus to requirements at Manchester City despite his impressive performance in the previous two seasons at the English giants.
Iheanacho’s fee is raised to be the second-highest amongst Nigerian players currently plying their trade in the EPL.
Despite his impressive performance in the second half of the 2020/21 season, his value has dropped to €20.00m.
Alex Iwobi (current value (€22m= N10.6bn) 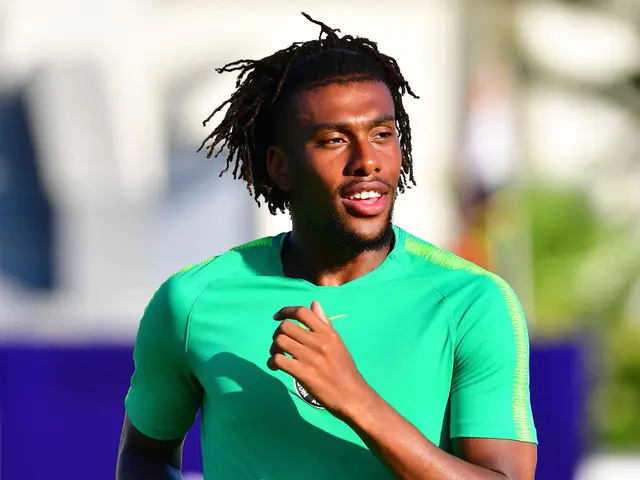 sources
Now Everton winger, Alex Iwobi, currently has the highest transfer fee by a Nigerian player in England hmmmm, as at his move to Everton from Arsenal in the summer of 2019 for £35m (N197,049,020). The deal was a five-year deal at Goodison Park after a deal was agreed between the clubs on Dee Day, with Everton paying £28m upfront, plus up to £7m in additional fees. Iwobi is currently valued at €22m by the transfer market, wow.
Emmanuel Dennis(€5m = N2.4bn) sources
Emmanuel Dennis i will call him a new boy will be hoping to begin his EPL campaign on the high at the kicks off of the season. He will be playing with a lot of known faces at Watford which he joined for €4m. However, he is currently valued at €5m according to transfermarkt.
William Troost-Ekong (€4m = N1.9bn) 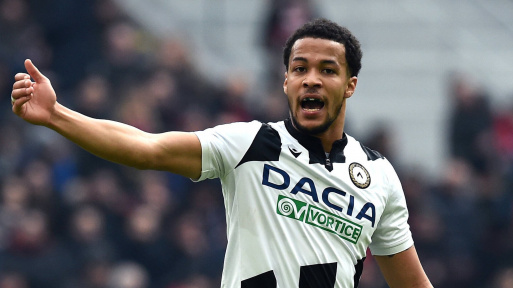 sources
William Troost-Ekong is a defender, He joined Watford from Serie A side Udinese for €3.2m in the summer of 2020 and has so far established himself as one of the team’s outstanding stars. His performance has been super-fantastic and so far his stock has rise to €4m. My expectation for him this season will be to help the Hornets keep their Premier League status.
Isaac Success(€1.8m = N871.7m) sources
ISAAC Success had completed a £12.5m contract and has moved to Watford from Granada in 2016. He gained a five-year contract extension in 2018 after impressing for the club.
But due to his long-term injuries ever since he joind the Hornets in addition to a lifestyle outside of football that has made him enter the limelight for the wrong reasons. Gradually his £12.5m valuation in 2016 has gone down to a meagre €1.8m.
Tom Dele-Bashiru (€700,000 = N339.8m) 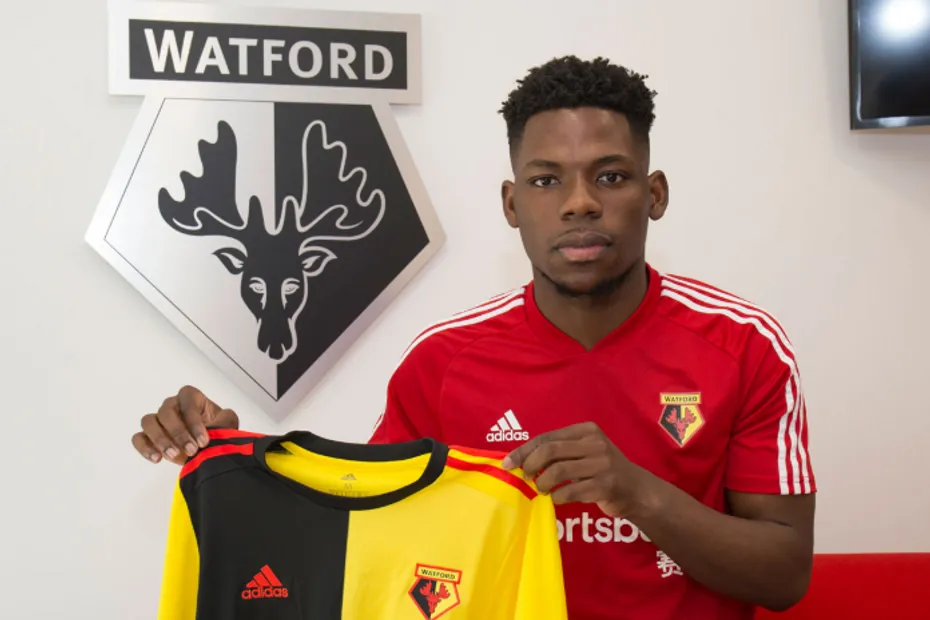 sources
THE former Nigeria U-20 player did joined Watford in 2019 as a free agent after being released by Manchester City. The guy is currently valued at €700,000 by transfermarkt statistics.
Oghenekaro Etebo(€4m = N1.9bn) sources
this guy was ON loan to Watford for the 2021/22 league season, Oghenekaro Etebo has brought a huge wealth of experience to the Hornets’ midfield.
He had a successful loan spell with Turkish giants Galatasaray last season and will be hoping to do same again in the English topflight.
Etebo, who is on loan at the club is valued at €4m, according to transfer market.
i remaind @ekotmordemy, till i come your way again, stay safe.

Congratulations @ekotmordemy! You have completed the following achievement on the Hive blockchain and have been rewarded with new badge(s) :

thanks so much, my target on comment each day is to make at least of 15 comments

thanks so much, my target on comment each day is to make at least of 15 comments

Congratulations to our bigger boys who are making the country proud in their different clubs across europe.seeing our players earn big money in their various clubs gives me so much joy because every big things start big pointing at where they started.

be fore becomes full in a tank, always start from drops

This is quite a huge amount of money when converted to the Nigerian naira. Great to see this Nigerian internationals doing so well abroad and flying the flag of the country proudly.

I however hope they put this huge wages into great use but by investing wisely in something profitable to avoid going broke after they retire from this international stage.

Money management is important. This is one thing that people who earn so much and live lavish lifestyle forget to do. Many football players often fall into these categories.

Wish them better contracts as they continually improve your game and make the country proud.

Absolutely true, management is as more important than even making the money,

Absolutely true, management is as more important than even making the money,