The Sacrifice of Being Marketable 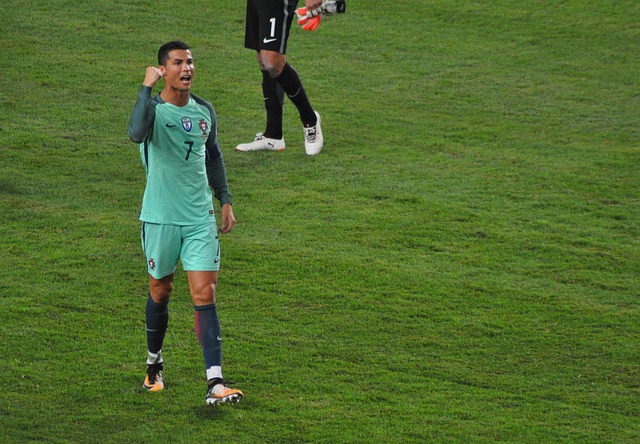 Cristiano Ronaldo caused quite a stir yesterday, by removing the coca cola bottles placed at the table in front of him during an interview, replacing them with a brand less water bottle instead. While this would have meant nothing if I had done it, it meant Coca-cola trending for the wrong reasons on social media, and losing up to $4billion in stock value as an immediate aftermath.

This action prompted me to look at the numbers behind his influence and they were quite staggering. He is the first person in the World to have in excess of 500 million followers across Facebook, Instagram and Twitter (Imagine a Prime Ronaldo joining Hive...lol).

While being outstanding in ones field is a big step to marketability as an athlete, there are also lots of other factors involved which the really successful athletes seem to share commonly as they rake in influence and endorsements.

After excellence, the next big requirement for an athlete to be marketable would be their ability to stay off major scandals. While a few controversies will likely follow anyone in their prime, marketable superstars have managed to stay off major scandals by watching what they say and keeping their actions in check. Scandals such as Sexual harassment and expression of crazy, unpopular views are instant de-marketers. We have seen instances where such scandals have instantly led to consequences such as the Tiger Woods Adultery scandal a few years back.

Cristiano Ronaldo is a prime example of what I mean by personal discipline. His Work Ethic is legendary and his symbolic preference for water over carbonated drinks gives us a glimpse of his health choices (Well, his impressive physique does that too...lol). We have seen Athletes fall from stardom, or out of favor with a brand because they couldn't keep their personal desires in check.

23 time Olympic gold medalist swimmer Michael Phelps In 2009, lost his endorsement contract with Kellogg’s after a photo emerged of him taking marijuana.

Other Athletes have been dropped or sanctioned over things like excessive weight gain (WWE). While from a moral perspective these actions may not seem terribly bad, athletes tend to know there is fierce competition to get these endorsement deals and in other to stay appealing certain sacrifices would have to be made.

This one is a bit controversial in itself but think it has garnered sufficient evidence to merit a spot. While we may often like to believe that endorsements are purely a meritocracy with the best athlete getting the best deals, that is simply not true. Physically attractive people tend to be more attractive even to brands the same way it is with people. Ronaldo himself is a good example of an athlete who has managed to capitalize on his high skill level along with his obvious appeal.

Geography on the other hand is a matter of providence. For Instance, Naomi Osaka's market appeal went through the roof on winning her first grand slam, propelled by her Japanese background. While this factor can be side-stepped later on, it does not hurt to have an advantage

How much do you feel race plays in the marketability of an athlete?

Some Athletes have made personal strides in other to improve their popularity such as the Klitschko brothers (Former Heavyweight Boxing champions) who learned how to speak fluent German after establishing a boxing base there, going on to become extremely popular during their Prime years in Germany.

In conclusion, I think it is safe to say that excellence will get you to the door of personal brand acceptance as an athlete, but there are still lots of work to be done in other to benefit from the very lucrative market that is personal branding.

That is awesome, Gary Lineker annoys me by advertising for Walkers crisps - as if these professionals eat junk food!

Usain Bolt used to tell the media how much he enjoyed chicken. I think it was all part of his personal branding to make what he did look effortless, because he was definitely putting in the work as an athlete should.

Not all professionals eat junk food! Thanks for sharing you are doing well.

it meant Coca-cola trending for the wrong reasons on social media, and losing up to $4billion in stock value as an immediate aftermath.

That's such a big influence from Ronaldo. Too bad for coca cola. They must have done something wrong, they probably need to get the Portugal forward on their side has it will greatly help them

I do not know what endorsements Ronaldo have, does the Coca-cola incident means he doesn't have endorsement contract with Coca-cola?