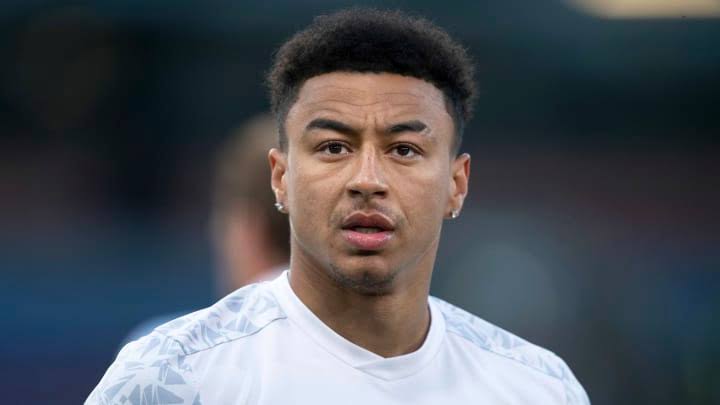 Jesse Lingard has been on contract at Manchester United since he was eight years old. The Englishman is now 28 years old, and there are many indications that he will have to find a new employer on a permanent basis this summer.

In the latter half of last season, the midfielder was loaned out to West Ham with great success. But still, it suggests that he can not be used at Manchester United, and therefore he must find a new club.

According to 90min.com, the Spanish champions from Atletico Madrid will try to bring Lingard to the southern skies. Success coach Diego Simeone is said to be a big fan of Lingard, who has a year left on his contract with Manchester United.

no one can ever say this player did not try with his astonishing performance in the just concluded English premier league. he tried a lot to the extent that there was a period that he always score in all the matches he played. loosing player like this to Atletico is not a good one for me but with the purchase of Jadon Sancho it is obvious that the will not have a regular playing time.

My candid opinion for the player is to move to the team where he can enjoy good quality playing time.

Definitely it will be a moral boasting for the England Man ,who fixture for Westham United last season

with Atletico Madrid i believe Jesse Lingard can achieve a lot. he is a fantastic player especially what he did last season after being loan to the Hammers. I am sure with that outstanding performance he displayed last month Man U may not loan him as they have see seen in him that he is a versatile player.

honestly i doubt if the sales to Madrid can be possible. nevertheless i wish he can go out to express his ability since he may not be having more playing time with the purchase of Sancho t the club.

Definitely I agreed with you the Jesse Lingard is in one of the form of his life , after having a success loan spell with Westham United last season

ThE England star played sixteen games in all competitions scoring nine goals and five assists and he was very instrumental for the Hammes in most of their matches.

Memorably against Leicester city were he scored twice and assist one to ensure that the king power landlord taste defeat that day.

Being on Atletico Madrid radar is a good boost for the England Man who is in search for a regular playing time and I must be honest going to Madrid will be fine for him , Haven see the like of Kelvin tripper who moved there and became a champion last season.

Even with the recent signing of Jadon Sancho to Manchester United,his playing time will be a question.

To Secure his service will be very good for A. Madrid because lingard is one of the reason behind the westham European qualification
Madrid should try to secure his service

I don't know if Jesse lingard will be suitable to the Spanish league but last season showed a side in his performance we are yet to see to before now. The English player sure has some qualities. One thing is for sure, he will be better off at another club other than Manchester United.

His impressive scoring statistics at westham earned him lot of recognition and for Simone to want him at the club there's definitely something he his seeing in the 28 yrs old English international as the Spanish doesn't go for any player.

Should the move pulls through would be nice to see Lord lingardo partners with Luiz Suarez, Alvaro Morata and João Félix. Best wishes the England international no matter what happens next

He is going to be a very good signing for Atm football club who needs a very sharp winger who can create and score goals for the team and also help them defend their laliga title.