The 35-year-old French striker, Oliver Giroud, was given a one-year contract extension at Chelsea until the summer of 2022, which also has an option to extend by a further 12 months.

Now Giroud is hugely close to calling himself an AC Milan player from the upcoming season, as the French bomber undergoes a medical check-up in Milan today.

Olivier Giroud has played 119 games for Chelsea and scored 39 goals, turning it into three big achievements, most recently with a Champions League title and the title of the oldest Champions League hat-trick scorer in the history of the tournament. 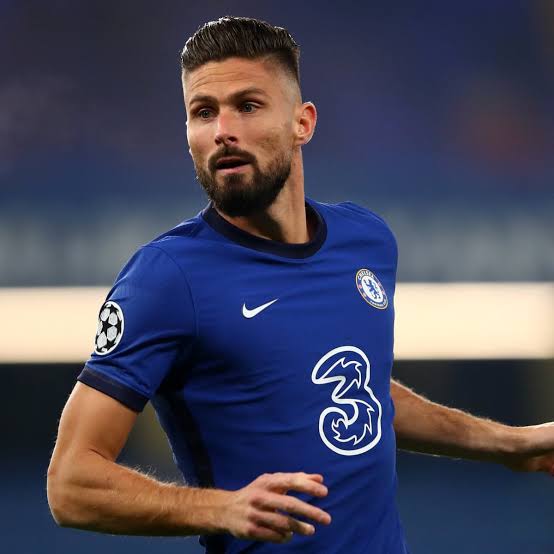 A very good one for the former Arsenal striker and quite enough he as achieved lot of things since joining the blues from the London side.

His progress and contributions to the blues is vital and I must say he scored some crucial goals in the quest for the last champions league glory in which Chelsea won after defeating their arch-rivals Manches city.

A good one for him as he is close to joining Ac Milan who also qualified for the champions league after so many years out of the competition.

Congratulations @footballpedia! You have completed the following achievement on the Hive blockchain and have been rewarded with new badge(s) :

He will be thorn on the flesh for other clubs in italy.i see ac milian winning trophies next season.come to think of it he can score goals like it is easy.

Would be really great if he moves to the Italians side has he will have more probability over featuring over there due to the lack of game time at the blues.

With Thomas tuchel calling the shots at the London club, the former Arsenal player may not step into the field has the new manager will most likely prefer to field younger players as was seen last season.

Apart from the playing opportunities he stands to gain at the Milan club, he will also be adding more depth to the team after they secured champions league spot.

The French international still has a lot to give to football. Would love to see the transfer move pull through before the end of the summer transfer window.