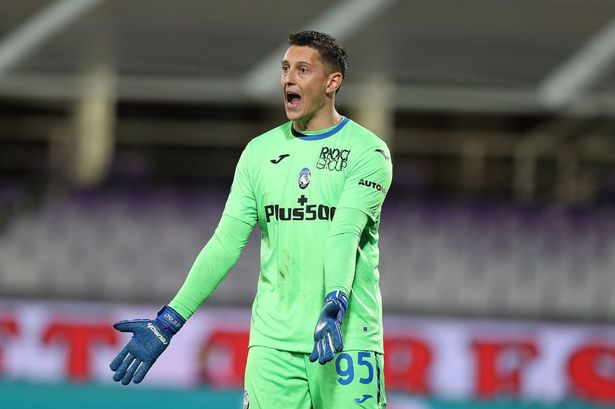 Tomorrow, Atalanta's goalkeeper Pierluigi Gollini is due for a medical at Tottenham, after which he can call himself a Premier League player. Some of the tests Gollini should have already passed in Italy,

Gollini switches to Tottenham on a one-year loan with a purchase option of 30 Million, according to Sky Sport Italia. kroner. However, there is a clause in the agreement which could mean that Gollini automatically ends up as a permanent Tottenham player. If the goalkeeper rounds 20 matches in total in all tournaments, then that clause is activated, and then Gollini is a Tottenham player until the summer of 2026.

He is a world class goalkeeper with so much to offer.watching him keeping for atlanta last season in the group stage of the champions league group stage.spurs are doing pretty well in the transfer window with the signing of the atlanta goalkeeper. I see him becoming a very good replacement for hugo lories in the future.

Wow... this is a brilliant move by the Tottenham board. He is a fantastic player that has lot of confidence when it comes to saving goals for his team.

My major concern is if he will be getting a regular shirt in Tottenham knowing fully well that Hugo Lloris is still in a good form for the club?

Great move for the goalkeeper but can him have a reguler playing time with his new club if no it all be very difficult for him to improve himself. Is a very good signing for Tottenham
Gollini good luck in your new club

Great move from tottenham fortifying their goal keeping department by bringing in the 26 year old on loan to the Club. After seeing his performance at Atalanta last season, the Spurs are blessed to have him.

Hugo Lloris position seems very threatened with his arrival has this we will bring big competition between the two goalies which is a good one from tottenham as they both get to step up.

Hope new manager Nuno Espírito Santo find a way to make both goal keepers happy at the Club. Best wishes to Gollini in his new Club. Hope he thrives