Hazard could make a shock return to Chelsea 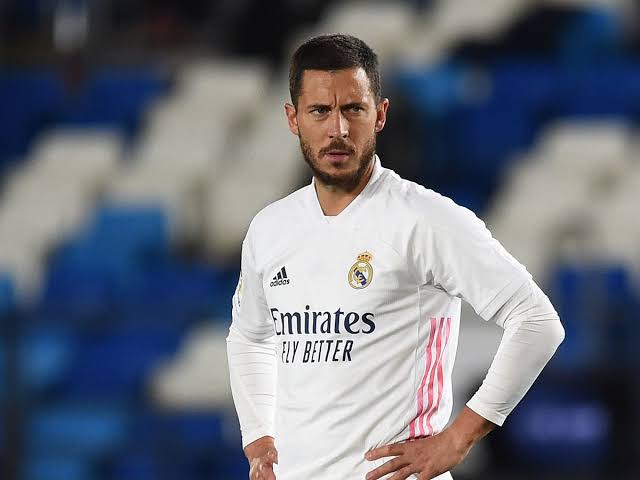 Eden Hazard has not been impressive at Real Madrid, but now Chelsea are reportedly considering bringing the Belgian star back to the club.

Eden Hazard was excellent for Chelsea, who he left back in 2019 in favor of Real Madrid, but after the switch to the Spanish big club, performances have not been of the same nature for Hazard at all, as several injuries have spoiled it for the Belgian. Now a possible return to Chelsea may be on the way, writes the Spanish media AS, which at the same time believes that Real Madrid will release the Belgian star player if the price is good enough

Going back to Chelsea might not return him to his past form. But consistent games games will get him back to his form

This is not really surprising me at all as the former Chelsea man as not really gain the form that gave him the opportunity to switch to Madrid last football season,due to injury and poor form too.

But to me on the other side,it will be very hard for him to put on the same display that gain him that passage in the world of football even if he return to the blues and to me his chances of play self will be limited due to the like of players that are in his position right now considering their forms.

Eden hazard was at the just concluded Euro tournament and he didn't really play to expection as his Belgium team were eliminated in the last eight by eventual winner Italy.

More will be expected from him come next season in slain,that if a move didn't materialize for his transfer from the Santiago bernabue stadium 🏟️

Would be really best for the Belgian international if he moves out the Santiago Bernabeu as so far since his arrival he has only been a liability to the club. He constant injuries has really marred his performance.

Don't seem to know what spell was cast on him as he was reckoned to be one of the best forward in the world before the switch. Just too sad has he valuation and all dropped drastically.

Moving to his former club might help rescusitate his already deing career. He might not be able to regain some quality displays he showed at the Chelsea but I believe it will be much better.

Been 30 years of age, he still has some years to give to football. Hope his career doesn't just fade off in such matter. I believe he will be welcomed at Chelsea after giving them close to eight years. Wish him the best in whatever decision he takes next.