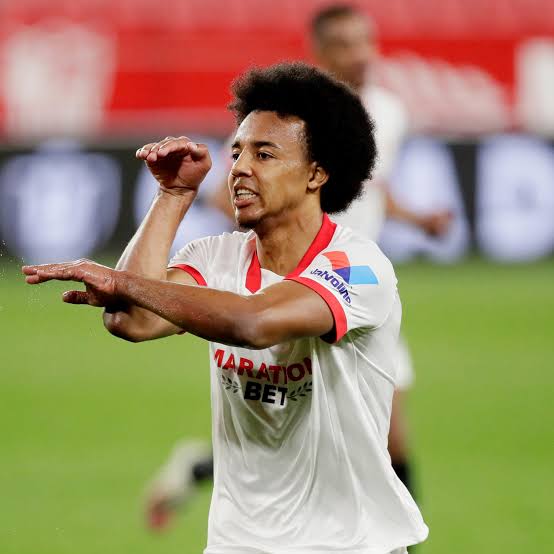 Jules Koundé was one of the best midfielders in La Liga last season, and the 22-year-old Frenchman played a big role in Sevilla securing Champions League football next season. His performances also made him part of the French European Championship squad, and it has also aroused interest from other clubs.

Yesterday it was reported that Sevilla and Tottenham should have agreed on a price of 60 Million plus Davinson Sanchez for Koundé, but that it was still up to the player himself whether he would take the switch to England. The Spanish media Marca now writes that the Frenchman has rejected Tottenham and that this is largely due to the lack of Champions League football.

Wise decision by the player. Everyone likes to showcase their talent which i believe UEFA champions league is the best place to do this. Tottenham are know for their inconsistent playing style. they have not win a cup for a very long time.

the Danish midfielder Ericson switch from Tottenham to Inter not because of playing time but because he did not see the team as team that is ready to win anything and finally he was able to win the Italian league cup with inter.

i think the team has a lot to do as they need to step up their game.

Not a surprise. I wouldn't make this move myself as it is a downgrade for the French international. Moving from a champions league side to a side playing in the Europa league is a no brainer.

Tottenham Hotspur may have a tough time bring top players due to their spot in the league. With Portuguese football manager in the club, their fortune might be changing. Hope they get to still land some decent replacements before the new season commences.