Although Liverpool, according to James Pearce from The Athletic, have shown interest in Donyell Malen, it now looks like the young Dutchman is going somewhere completely different.

Dortmund is on the field, and is apparently far in the negotiations with the fast striker. He must be bought to replace Jadon Sancho, writes Italian transfer journalist Nicoló Schira.

The 22-year-old Dutchman has impressed in the past season which ended with a selection for em. Since Doyell Malen joined PSV Eindhoven from Arsenal in 2017, he has scored 40 goals and 18 assists in 81 appearances in the red and white-striped jersey. 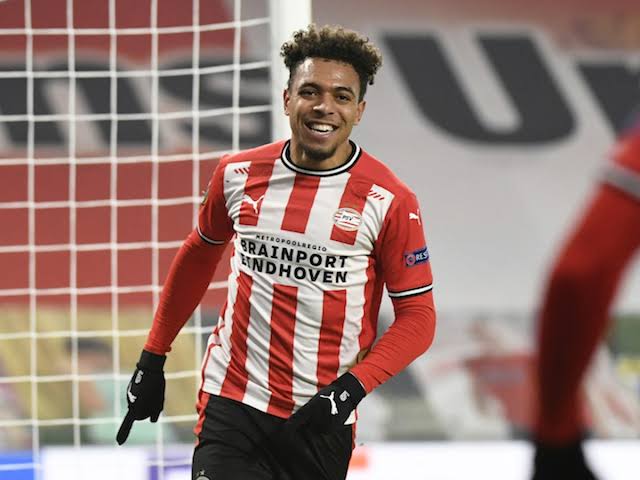 He is a young talented player who has prove him self in dutch league with psv.from my own perspective he shld nt even waste time moving to dotmond because dotmond is a club that will give him opportunity to show what he can offer ,and also make him develope and give him playing time.

Sad Liverpool are close to losing out in bringing in this young and talented dutch national attacker to the club.

If I was him, I would have opted for Liverpool been a more established who have the probability of winning more title.

I wouldnt blame Him has he wouldn't want to start fighting for a place in the Reds with his place at Dortmund sure with an opening in the Jadon Sancho role.