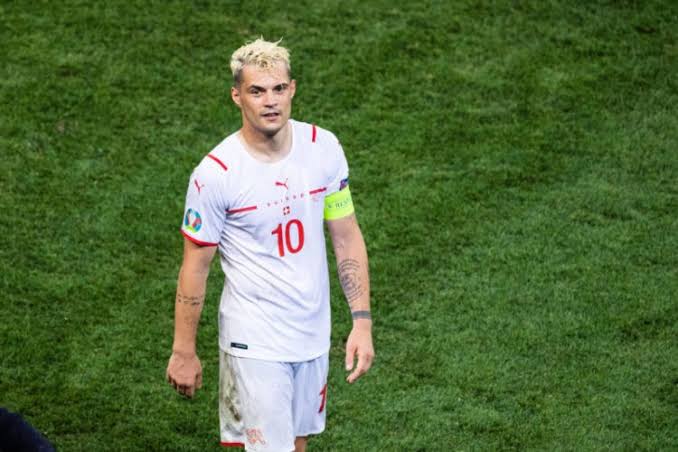 Roma have been looking for Arsenal player Granit Xhaka since the hiring of José Mourinho as the new coach. This is because Mourinho sees the Swiss as an indispensable part of his system.

Therefore, Roma are also willing to go to great lengths in their efforts to secure the midfielder, which is why they have accepted that Xhaka will cost 59 Million In Rome, announced Sky Sport Italia.

The plan is for Xhaka to attend Rome's training camp in the Algarve as early as next week, ahead of the upcoming season.

Honestly this is not a good idea. This has been the only player that has been holding that midfield for Arsenal very well. I won't advice Arsenal sell this player because of the value they want to get from him except if they are having another capable hand to take his role.

Good luck for them.

I don't see xhaka going back to Roma anytime soon, arsenal won't let him either because his one of arsenal's most valuable player as it stands now, and has been very crucial to each of their match, my thoughts? He ain't going nowhere

And you think that one will happen, am not sure on that transfer because the emirates most valuable player on transfer rider. That's not possible instead of selling xhaka they will find some un improved player to disposed

I thought arsenal wanted him to leave ASAP as they have been showing with their not so good attitude to him. Hope the Emirates releases him.

Xhaka at Roma would integral to what the special Mourinho intend to build. I believe the move would be really favorable to both parties. Hope to see the move get sealed before the transfer window closes.

The former Arsenal and the incumbent Sweden main man is on the verge of transfer again after,the Emirates club will be hoping to offload a man who as gotten himself on the black book of the Emirates supporters.

Xhaka was once bull by the Emirates fans in the stadium last season and immediately reacted and pointing his middle finger to the supporters which later makes the club stripped him off of the captain hand band.

With Roma in the verge of having him in their squad ,to me it will be a good one for the Roma club as I expect him to fit in well for the special one in terms of physicality and tackles.

Hopefully I will be even happy to see him in Rome comes next football season ,just as the Rome club are hoping to improve on last season performance and be a contender for the Italian league next season with the services of Jose Mourinho