Saliba to join Marseille on loan

It will not be this season either that Frenchman William Saliba joins Arsenal. The 20-year-old French defensive cliff will be sent to Marseille in Ligue 1 next season.

In the spring, William Saliba was loaned out to Nice, where it turned into an impressive 20 games in half a season, and before that, he was on exchange in St. Petersburg. Etienne, from whom Arsenal picked him up in the summer of 2019. William Saliba has not yet played a match for Arsenal's first team, and it is slowly starting to look like a player who will not see playing time in the red jersey, even though the contract runs until 2024.

After a fifth place last season, the French big club with Argentine Jorge Sampaoli is embarking on a major reconstruction project. William Saliba is the club's tenth approach in this transfer window. 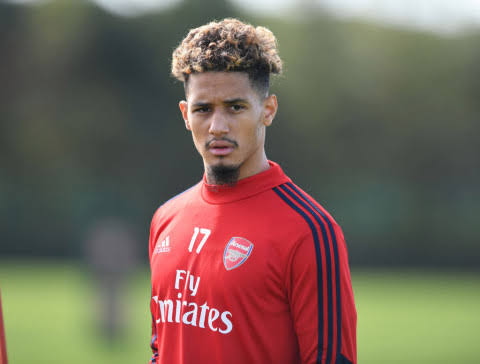 this is another big mistake from the gunners but i think it is still ok for the player. Arsenal board already say their reason for loaning the player is for him to develop. but the question is"will the player play for arsenal once he got developed? this is the reason why i say it is a mistake made by Arsenal who do not have enough player and are not ready to buy

i wish the player all the best

Better he moves to the French side has the Emirates club given him no playing chances. I believe been at Marseille will offer in more starting or featuring role. This will also help him a lot has he gets to develop himself and get more exposure.

Average players always find their way to arsenal because Arsenal has been a dumping ground for players that dont have any tin to offer.

Although he is an average player but one thing certain in the game of football what is that playing time, any player that doesn't have playing time will always weak if such player have match to player
My advice to him is that better to make a move to French league1 for an improvement.
Wish him best of his carrier