I Don't Have A Choice Between These Legends. 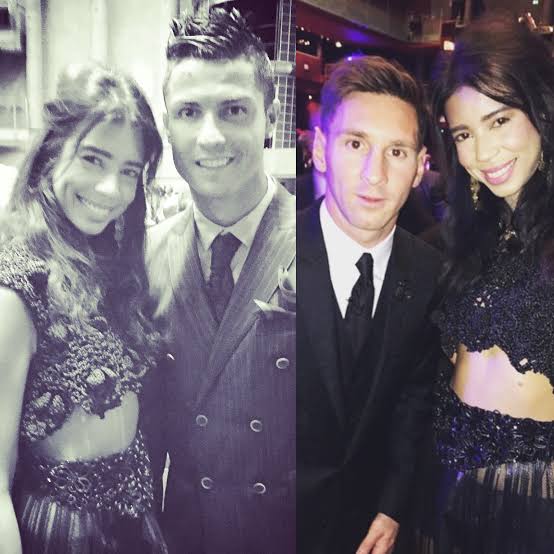 I know football is a game of emotions and we have the right to stick to whoever we want to stick with but one thing I would never do is go on a debate as to who is the best. Who is the best is relative because we are talking about a different structure for different teams. We are talking about players with different kinds of players around them which can make them shine even more. The quality of players around certain players would determine how effective they can be in a game.

I've never been involved in banter to choose between Ronaldo and Lionel Messi. Naturally, the majority of Manchester United fans would prefer Ronaldo just as we have Barcelona fans still in awe of Messi and the same goes for Real Madrid fans too. It's okay to have a choice depending on the history created together but I would never be dragged into who is the best amongst the two.

Most of the criteria being used we know some of them are faulty. What's wrong with appreciating both players and enjoying them for as long as we have them? Is it a bad thing to actually like both players? Most people think picking Messi and Ronaldo would mean they are betraying Ronaldo especially Ronaldo fans and the same goes with Messi fans. I am a fan of football, a lover of football and that's how I see players.

I watch football for entertainment and I don't want to ruin it for unnecessary arguments. I understand the banter and I enjoy the banter but not the ones that spiral into insults and abuse all because we have different kinds of favourites. It's pointless because whatever you think of a certain player would never take whatever they have done away from the history books.

For those who think Messi is the best and that's fine because they have arguments to support their claims and Ronaldo fans too would do the same. It doesn't mean saying that Messi is the best would magically wipe away the records Ronaldo has created in history. In the same way as those who believe Ronaldo is the best, what Messi has done can never be wiped away from history. Most of the time the fans create this friction and try to project the character of the players on their achievements which makes it harder for them to accept the history being created by another of their less favourite.

These arguments boil down on preferences and it's okay to have preferences but never water down the achievement of another player when they have achieved a remarkable feat. As much as I didn't understand the Italy v Argentina final which I found to be pointless, I still won't hate on Messi for winning his second International title with his country. The way he celebrated it would let you know how much it means to him and as a lover of football, that should count rather than think it's a worthless trophy.

We need to respect these players because they are the legends of the sports. We need to value them for as long as we have them around rather than sow a seed of discord amongst them. They are legends - living legends that are still making history so let's enjoy them for as long as we have them playing. They have given us healthy rivalry over the years and it's time to put some respect to their names. Regardless of who your choice is, you can't wipe the records of the other away from history.

I just want to enjoy them for as long as we have them. I don't have a choice too. They are different players, making waves in this generation. Let's keep watching them break more records and rewrite history.

You took the words off my mouth. Accurate.

I don't like comparing them either because they are two different players with different abilities. It is like comparing a sports writer to a story writer, they are both awesome in their field and there is no need to compare.

You got it. There is no need or basis for comparison. We just have to enjoy both.

And I totally agree with you.

Both are soccer geniuses, each with different virtues and skills as well as weaknesses that differentiate them from each other.

I believe that instead of picking one side or choosing one or the other we should enjoy the time they both have left.

That's it. We should just enjoy them. I don't pick sides too.