On the road to Qatar 2022: Portugal's victory (including Cristiano Ronaldo's record-breaking performance) was the highlight of this week's match. 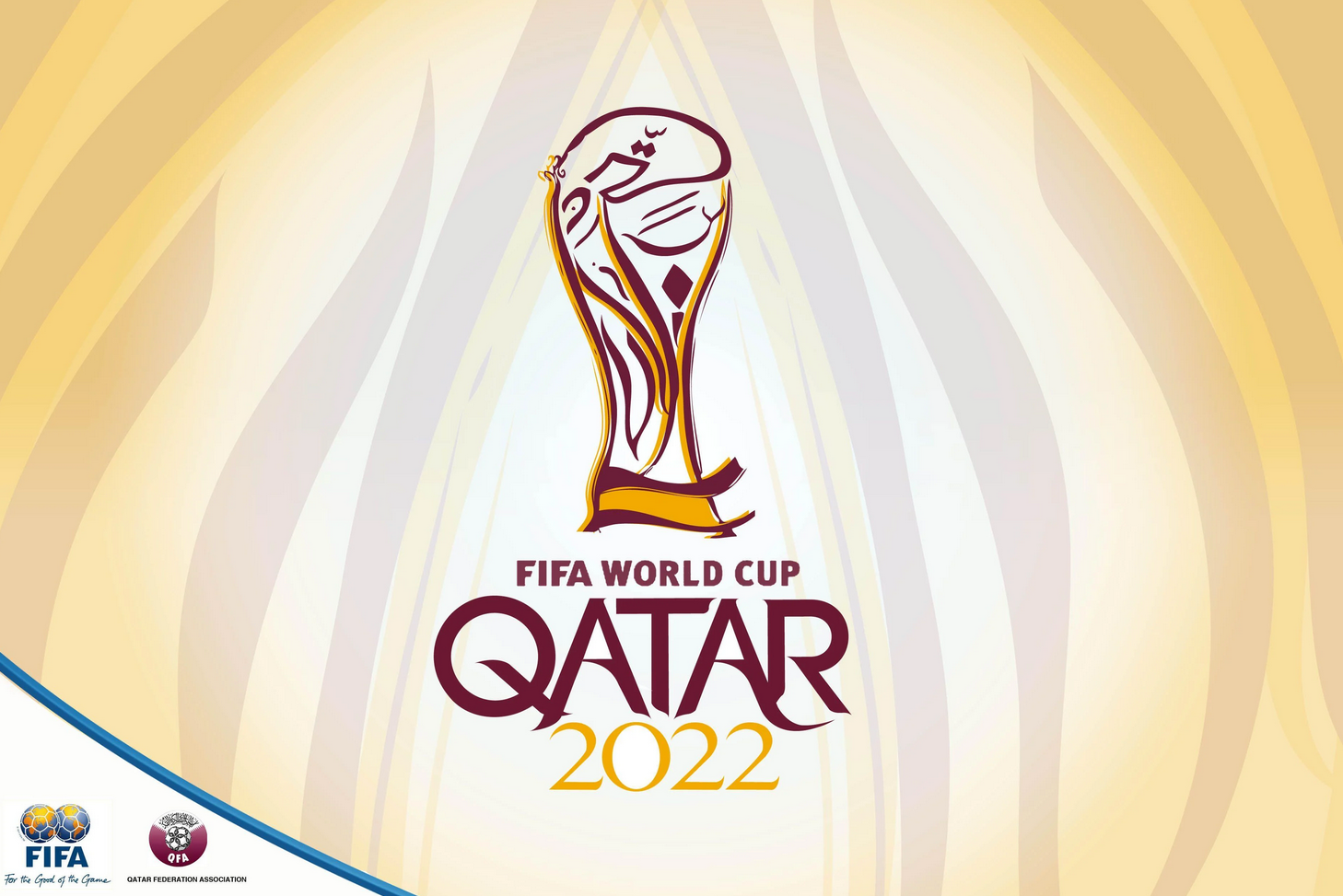 The European Qualifiers for the Qatar 2022 World Cup resumed yesterday, Wednesday, with 13 matches corresponding to the fourth matchday

The European Qualifiers resumed yesterday, Wednesday, with 13 matches of the fourth date of the qualifiers for the next World Cup, where the duels between Cristiano Ronaldo's Portugal against Ireland and France, the last champion, hosting Bosnia, stood out. Check out all the results of Wednesday's matches.

The goal scored in stoppage time - both goals were headers - not only gave Portugal the victory, but also marked his 111th goal for his country, setting a new world record.

Cristiano Ronaldo celebrates Portugal's equalizer against Ireland, and his first goal. He would go on to score his second and set an all-time record for a world record.

France did not leave a good image in their match against Bosnia and Hergovina playing at home.

The team that counts star Kylian Mbappè among its ranks could barely tie after losing the match.

At 36 of the first half, Edin Džeko had opened the scoring for Bosnia by drawing three more minutes, Antoine Griezman, current Atlético de Madrid player, for France.

The French also suffered the expulsion of Jules Koundé for a double yellow card.

The Bosnian players celebrate the partial victory on the road against France. A few minutes later Antoine Griezman would tie the match.

A large number of draws were recorded, which marked a clear tendency for the teams not to lose, assuming a conservative and protective attitude towards their own goal.

Thus, Kazakhstan and Ukraine finished 2-2, the same as Turkey and Montenegro.

On the other hand, Norway and the Netherlands and Slovenia with Slovakia shared points with an equality of one goal.

Russia and Croatia could not open the scoring.

The only triumphs apart from the aforementioned Portugal against Ireland were Israel's 4-0 defeat of the Faroe Islands, Malta beat Cyprus 3-0, Denmark 2-0 Scotland, Austria 2-0 Moldova and finally Luxembourg to Azerbaijan by 2 to 1 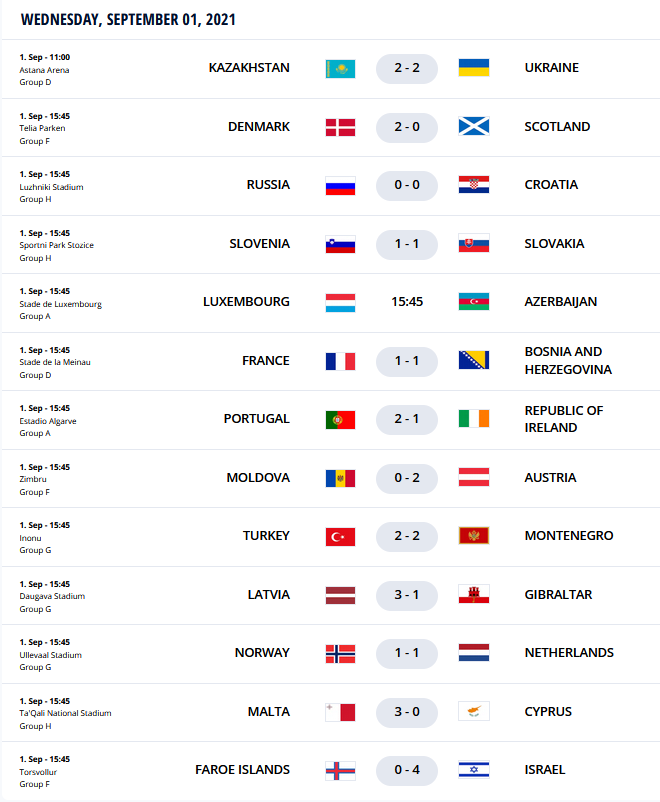 The European qualifiers not only bring together several of the most important teams in the world, but they are also the most numerous.

There are a total of 40 teams spread over 10 zones of 4 teams each, combining selected from those that can be considered favorites with others that have a level well below the rest.

However, football is becoming more and more equal and competitive and the sporadic wins are less and less bulky, thus contributing to make the qualifying rounds more attractive. 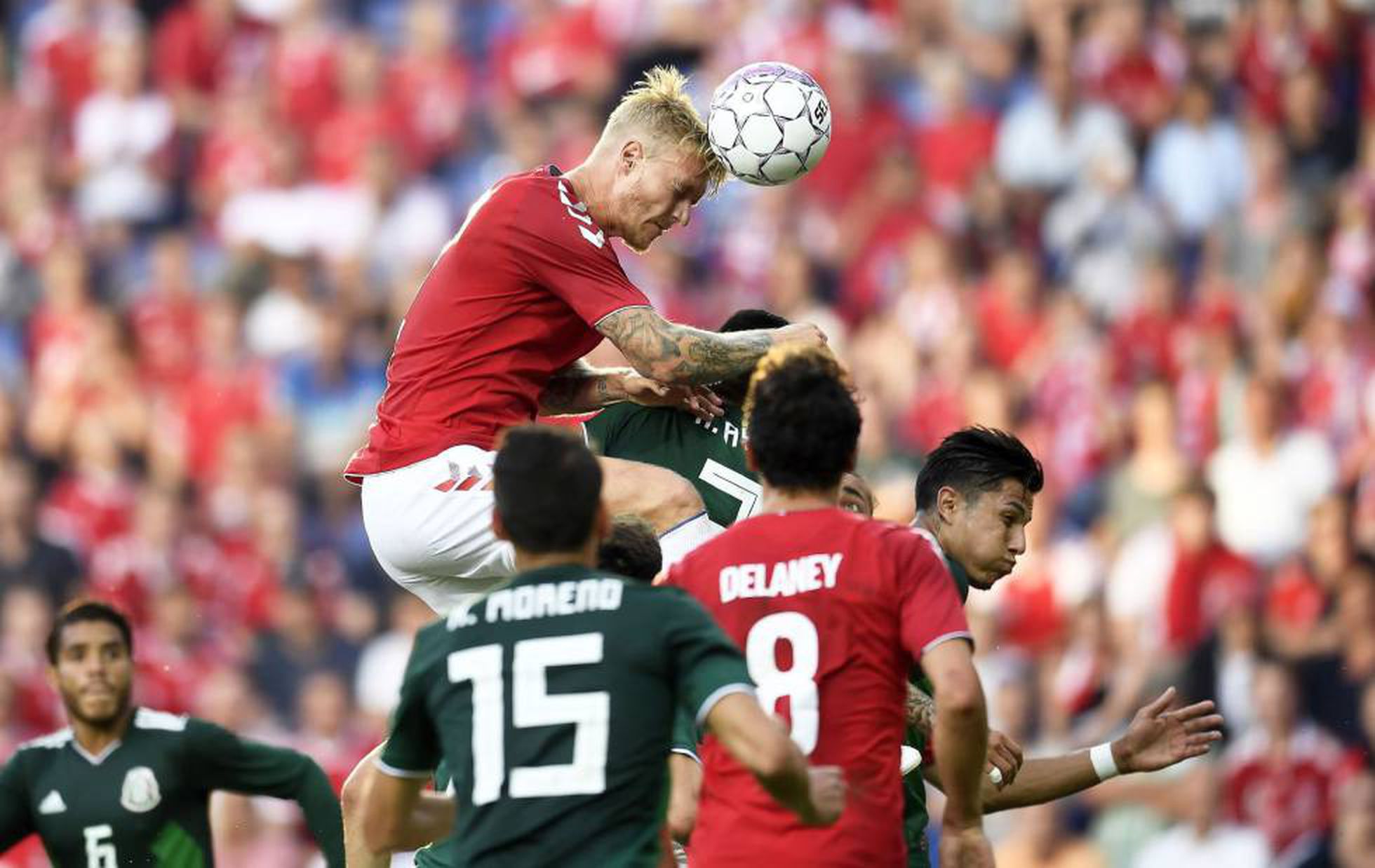 Follow the good time in Denmark. This time the victim was Scotland defeated 2-0.

Congratulations @hubeyma! You have completed the following achievement on the Hive blockchain and have been rewarded with new badge(s) :