Poor old Pep! He didn't look happy after last night's defeat when it was a tale of two managers. Tuchel is a nice bloke and seemingly, master tactician and that rubs off onto Chelsea. Makes them almost become likeable, almost. Not quite!

It was lovely to see him sharing the moment with his family and really humanised what is a clinical, professional and result lead sport these days. Chelsea have got to be favourites for the title next season.

But enough of that, we have a winner to pay out and congratulate and we need to go back to the wastelands and stunning beauty of Norway for today's game in the Eliteserien between...

Back to the tables and stats I think which as I said before is difficult to read too much into as its so early in the season and patterns are only just beginning to emerge but here it is anyway... Hmm, this is made even more difficult by the fact that Haugesund have only played 3 games until now and Viking have played 5 but on a points per game basis, Viking have 1.8 and Haugesund have 0.75. AS for the goals and goal differences Viking, despite their lofty position have let 9 in against 8 scored and Haugesund haven't scored a single goal in three games but, being fair have only let in 2 which is pretty good.

So where does that leave us?

Simply write the name of the FIRST GOALSCORER and the CORRECT SCORE as a comment. The competition closes 5 minutes before kick-off which is 19.00 BST.

Well I'm really happy to say we had a good turnout yesterday and we had a winner who went against the flow of Man. City fans and predicted a 1-0 win to Chelsea so its a huge well-done to @numpypython who takes home 6000+500 tokens!
No one got Havertz to score the first and only goal so its appearance fees on their way to, @ralph75, @pusen, @friendlymoose, @dealhunter, @jfang003, @saachi, @lebey1, @harpreetjanda, @cetyoung, @zellypearl, @johnsennimaat, @chrisparis and @iamchuks 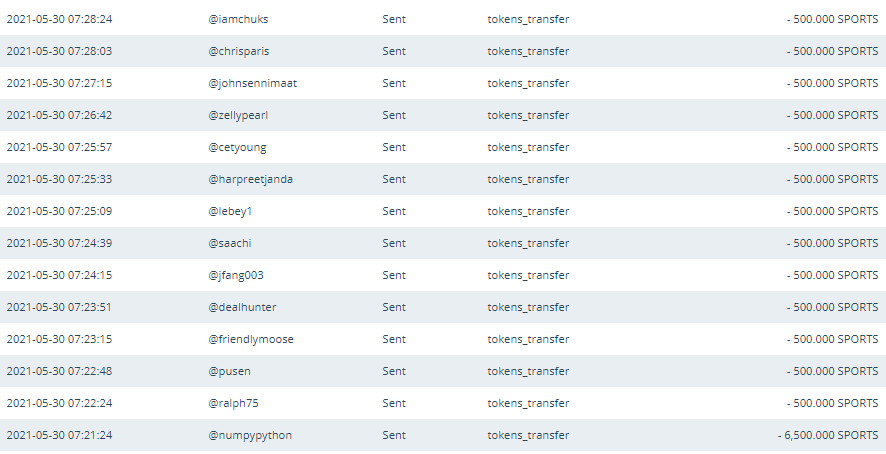 Ok, that's it for today and good luck with tonight's game. Check carefully to make sure I got everyone as I have been prone to dropping a bollock or two these last few days! Good luck with the game and best wishes to all. Thanks for playing!

Thanks a lot for the tokens and congratulations to all the participants who received it.
Here is my prediction for today's match
1-2
First goal scorer : Ibrahima

You're just rubbing it in my face with that table. Loot av Brann...

LOL....they are my kind of team and am making them my official team to follow in Norway. Team Brann! But I have to say, 5 straight losses isn't the greatest start to a season!

Was an amazing night it was yesterday. Sad for pep and players. Aguero was so emotional, too bad he didn't wrap his last with the UCL win

You're right. It was a good game and it would of been nice for Aguero to say goodbye with a winners medal but it wasn't to be! Chelsea sent out a strong message to the Premiership for next season I think.

Thanks for the prize! Sad pep again... it's been a while since he's won the CL.