Khabib Nurmagomedov the best UFC fighter at the moment. 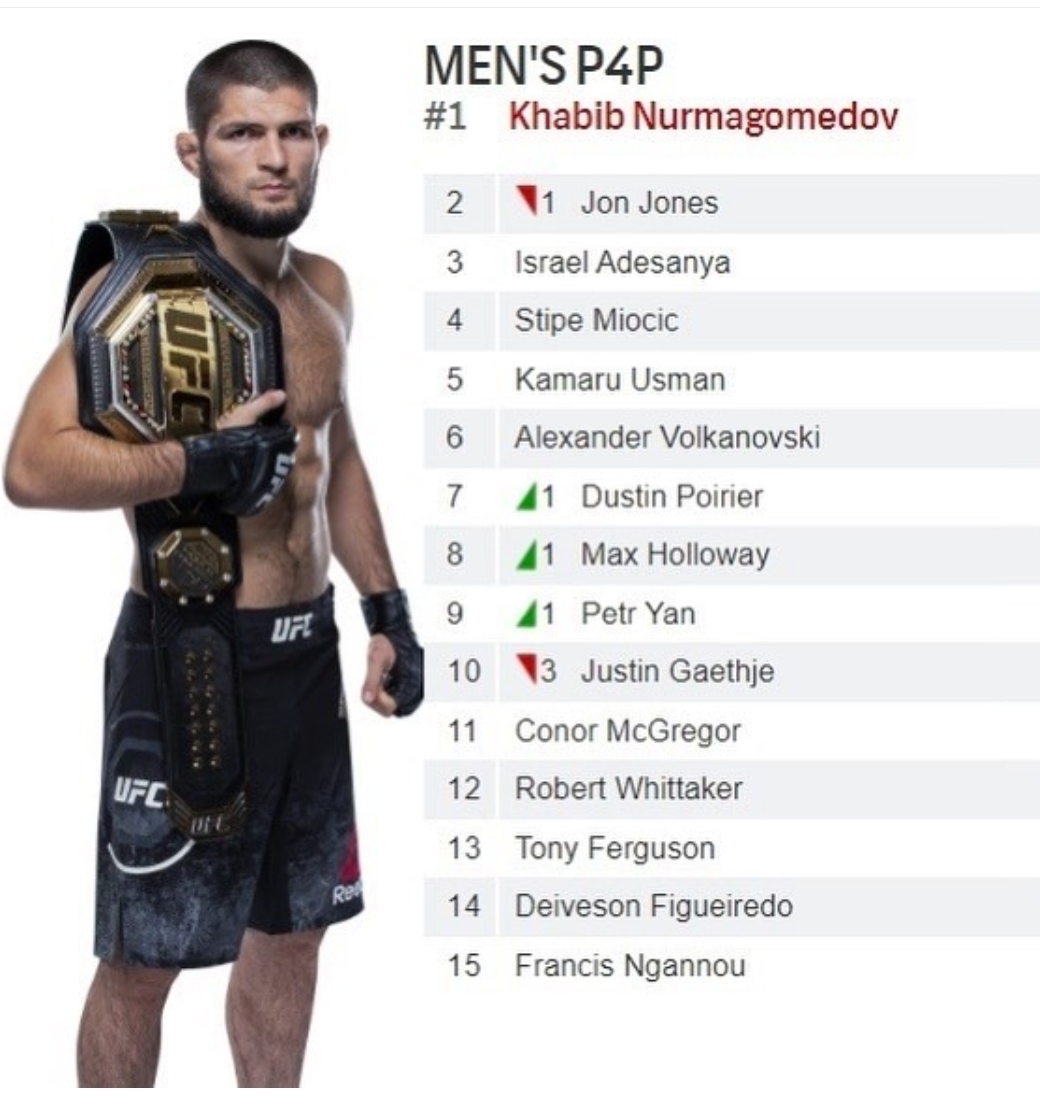 Khabib won convincingly in the second round through triangle choke. Then his winning streak is 29-0, plus his last fight on the octagon. With the win over Gaethje, Khabib Nurmagomedov now tops the list of recent UFC pound-for-pound (P4P) rankings - as he wishes. On Tuesday (27/10/2020), UFC released its latest ranking. Khabib Nurmagomedov's name was in first place, shifting Jon Jones as the best pound-for-pound fighter today. Khabib was happy too.

After the victory in UFC 254 itself, Khabib Nurmagomedov announced his retirement. It said that such a retirement announcement would usually result in a fighter being pulled off the list. But for the time being Khabib is legitimately the UFC's best fighter at the moment.

Jon Jones also won the light heavyweight champion belt twice. The US fighter has defended his belt 15 times, compared to four times Khabib's defending belt. On his personal Instagram, Jon Jones revealed that he didn't seem to accept that Khabib Nurmagomedov was called the UFC's greatest fighter, and shifted himself in the pound-for-pound rankings.

Khabib's early retirement is a great loss to the sport. I think he and Jones are the two best fighters in the UFC.