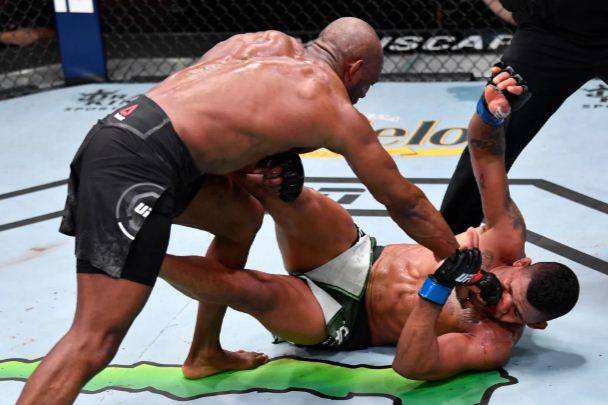 Good evening all sports friends.
The Nigerian Nightmare is called Kamaru Usman. On Sunday 14-2-2021, he successfully defended the UFC welterweight champion belt. This result he got after defeating Gilbert Burns by KO / TKO in the Third Round at 00.36 seconds at the UFC 258 battle event at UFC APEX, Las Vegas, United States.
The duel of Kamaru Usman vs Gilbert Burns is the headline for UFC 258. Here, The Nigerian Nightmare successfully defends the UFC welterweight champion belt for the third time. The 33-year-old fighter defended the second UFC welterweight champion belt when he defeated Jorge Masvidal in July 2020. Now Usman is also a record active UFC fighter with the longest winning streak of 13 wins. Previously the record was held by Canadian UFC legend Georges St-Pierre with 12 wins.

You are abusing tags as leofinance has no place on this post.

Forgive me. I didn't understand this rule before.