My thoughts about the Superleague

The Superleague, just about every football fan in the whole world has his or hers opinion about it these days. So I find it only correct if express my opinion about it too. And I won't spare any words. I find it a disgrace, and just a way to prolong the precarious situation these clubs are in. And I will tell you why! 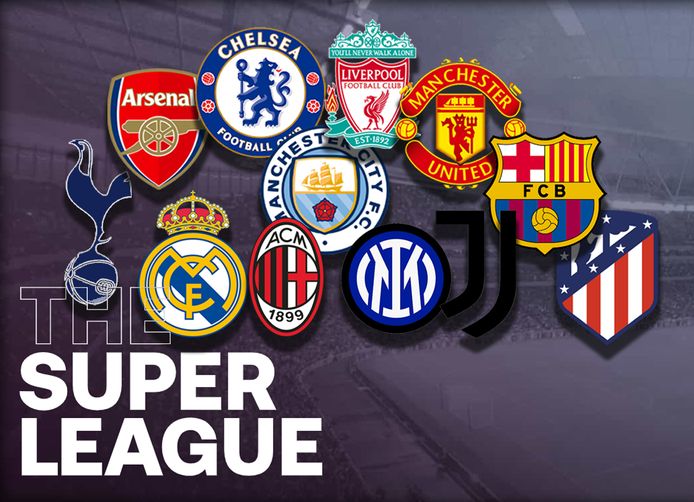 First of all, most of the 12 clubs that have outed themselves to have agreed on forming a Superleague as of 2024 are in so much debt, the water at their lips. And the corona crisis has made this situation even worse for them. The reason for that debt is quite simple. They competed in a race for attracting players with exuberant contracts that wasn't fit for their budget. Year after year after year! Which has brought them in a situation where the current earning model is not good enough anymore to even survive. But will the Superleague bring salvation to that? No, it won't, it will just give them a breather for a few years, but eventually they will keep doing the same thing. Overspend their budget, and make debt they can't repay, but this time the debt will be even bigger. This Superleague is just a search for easy money, and nothing more. But it won't change a single thing structurally.

Second, a closed system takes out any hope for the fan of the smaller clubs. Which is devestating for a sport like football. What makes football fun? The fact that a small club can take the scalp of big club on any day is so refreshing and tantalising for the neutral fans, and especially for the fans of the smaller clubs, that it gives spirit to the sport. That spirit will be completely gone, when a closed league is formed with clubs that will only want to play the other big clubs. A disgrace for the sport of football and real killer for the fans.
I am really disgruntled about this, because remember, most of these so called big clubs haven't been able to clinch a title in their own domestic leagues for years. So are they really that big? Marketingwise maybe, but not sportively.

I hoped this plan gets sabred down to the bone!

As you said they were the ones responsible for the situation they're currently in! On a completely different note: What be their incentive to give a crap about Super league, they can't be demoted and they all earn the same amount, It would be just a shameless cash grab that only they could participate in. Money is taking over the sport and someday they won't have fans to generate money and the whole thing will crumble.
I'm glad this project is getting shutdown...

I am not so sure that this will be shutdown... I fear the Champions League will be formatted as these clubs please.

I think this won't happen. I could be wrong obviously but I really don't see a way for them to succeed