Aston Villa and Everton suffer their 1st league defeat of the season after going down 0-3 and 0-2 respectively to Leeds United and Southampton at the weekend. Patrick Bamford 2nd-half, 19-minute hattrick condemned Villa to a home defeat while 10-man Everton was put to the sword at the St. Mary's Stadium, James Ward-Prowse and Che Adams with the 1st-half goals.

Before the weekend fixtures, only the quartet of Aston Villa, Everton of the English Premiership and AC Milan, Sassuolo of the Serie A have avoided league defeat in the new season. However, with the English clubs' defeat, only AC Milan(100% win record) and Sassuolo stand alone without a defeat in the European elite leagues(England, Germany, Spain and Italy). 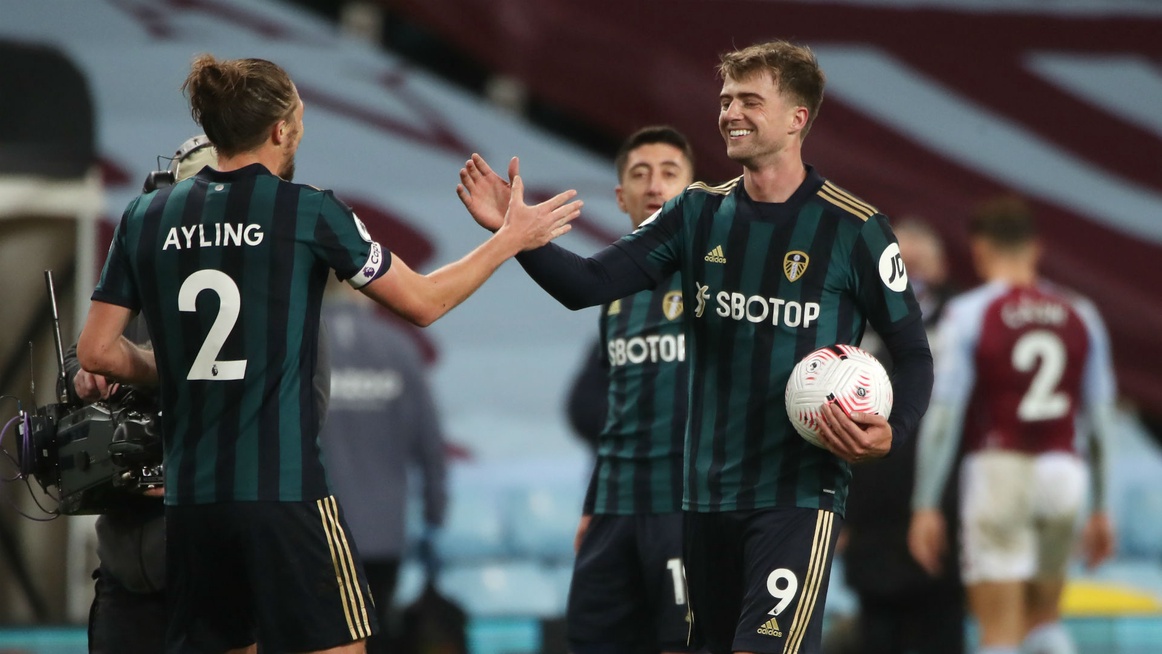 Aston Villa went up against Leeds with 4 league wins in 4, trailing Everton who had played a game more with a point. It was expected to be a keenly contested matchup judging by the three(3) 1-1 draws in the last 5 meetings and it looked like the tie was going to end in a draw too with scoreline locked at 0-0 going into the break.

However, 10 minutes into the restart, Bamford(55', 67' & 74')) broke the deadlock with a poacher's finish and completed his hattrick 19 minutes later with a 20-yard strike and a fox in the box finish, to end Villa's 8-match unbeaten run that stretched back to last season. 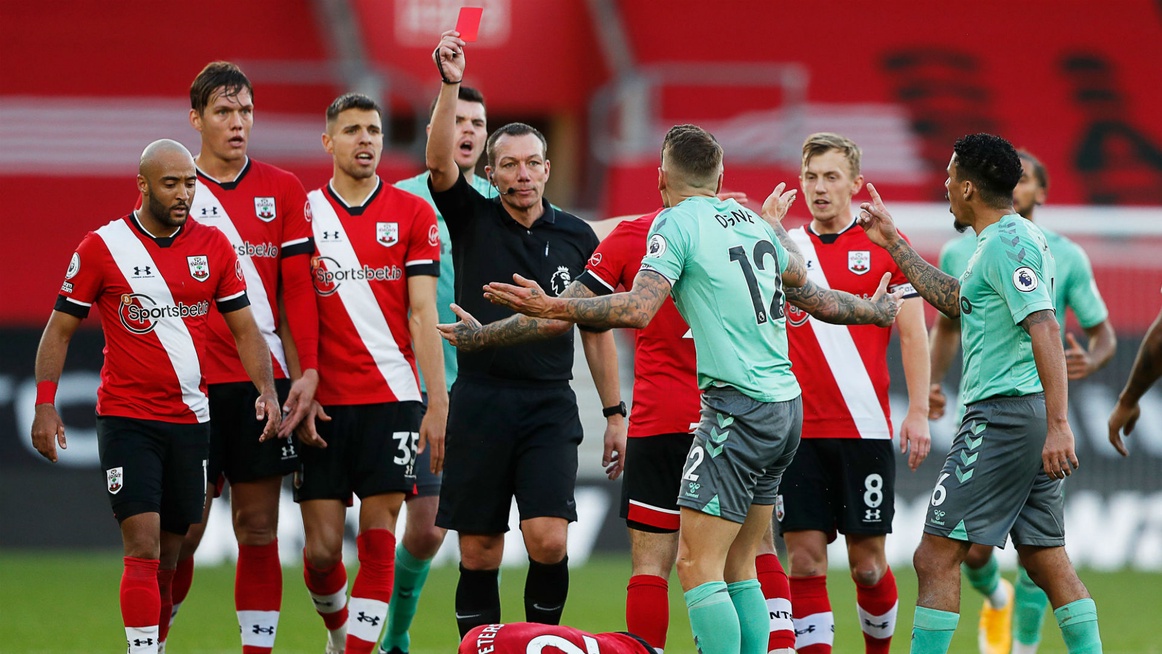 Lucas Digne sent off for Everton

Everton, on the other hand, had an eventful 2-2 draw against Liverpool in the Merseyside derby last weekend and were expected to nip it against an equally resolute Southampton side. However, with 2 wins and a 3-3 draw with Chelsea in previous weekend game, Sutton was a worthy adversary. It ended 2-0 in favour of the Saints.

Sutton took the lead 3 minutes before the half-hour mark when combative midfielder James Ward-Prowse(27') combines a precise 1-2 play with Danny Ings to open the scoreline and 8 minutes later Che Adams(35') double the advantage with Danny Ings once again the provider. Everton's chance of a comeback was made harder when they were reduced to 10 men after left-back Lucas Digne received his marching order for a reckless challenge on Kyle Walker-Peters with about 20 minutes still to play for.