Can Arsenal Rally Back At Elland Road? 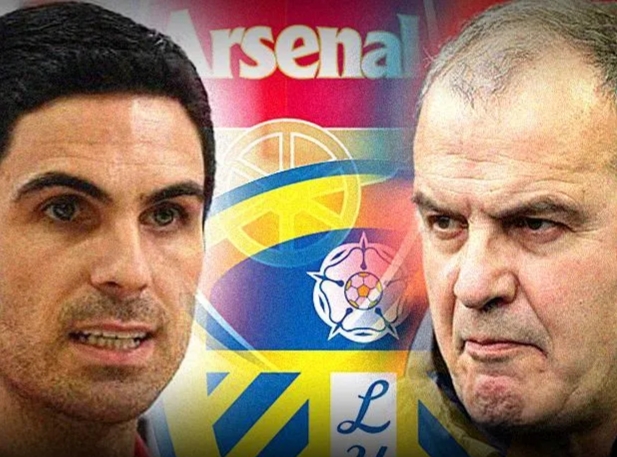 Arsenal travel to Elland Road to face Marcelo Bielsa tutored Leeds United in a must-win English Premier League weekend fixture. Only the maximum 3 points will liven up things at the Emirates after the disappointing home defeat before the International break.

After a much-lauded 1-nil league win over fierce rival Manchester United at the Theatre of Dreams a fortnight ago, much was expected of the Gunners in the subsequent fixture against a less fancied Aston Villa. However, the manner at which Arsenal caved in on home soil against Villa gave plenty to be gutted about rather than admire.

Rubbing salt on Arsenal's injury in the defeat to Villa was the loss of new recruit Thomas Partey, the Ghanaian and former Atletico Madrid midfielder has hit the Emirate ground running with standout performances so far. Sadly, he could be unavailable for the Gunners against Bielsa's free-flowing Leeds United.

If Arsenal couldn't deal with the industries of Villa's Jack Grealish, Ross Barkley and the awareness of Ollie Watkins, how they will cope(without the injured Thomas Partey and the reinvigorated Mo Elneny who is in isolation having tested positive to the coronavirus) against Leeds' tricksters and runners such as Helder Costa, Jack Harrison, Luke Ayling remain to be seen.

Arsenal's obvious problem this season has been scoring goals, of course, how does a team score goal when it does not create the goal-scoring chances. It got more complicated and confusing when manager Mikel Arteta omitted Arsenal's best "creator in chief" so to say, Mesut Ozil from the squad list and the go-to players such as Willian, Saka, Pepe aren't exactly putting in the desired scoring chances for strikers to tuck away.

FORM:
Both teams cannot be said to be on a good run of form having suffered 3 defeats of their last 5 league matches. Leeds United(LLWLD) on the back of back-to-back defeats, coincidentally, recorded her last league win over Arsenal's(LWLWL) conqueror Aston Villa and will draw strength from that 3 nil victory at Villa Park.

H2H:
The recent 4 meetings which go back as far as 2011 have all come in the FA Cup and it was all Arsenal victories including last January 1-nil victory on the way to lifting the Cup. However, the last premier league tie went as far back as 2004 when Arsenal ran riot with a 5 nil victory.

Most odds still favour an Arsenal win, understandably, the Gunners often grind out results when written off. However, Leeds pushed reigning champion, Liverpool, to the limits and even pulled a draw at the Etihad against former champion Manchester City, they seem to know too well how to stifle the big boys.