Depleted Liverpool Side? Not A Chance 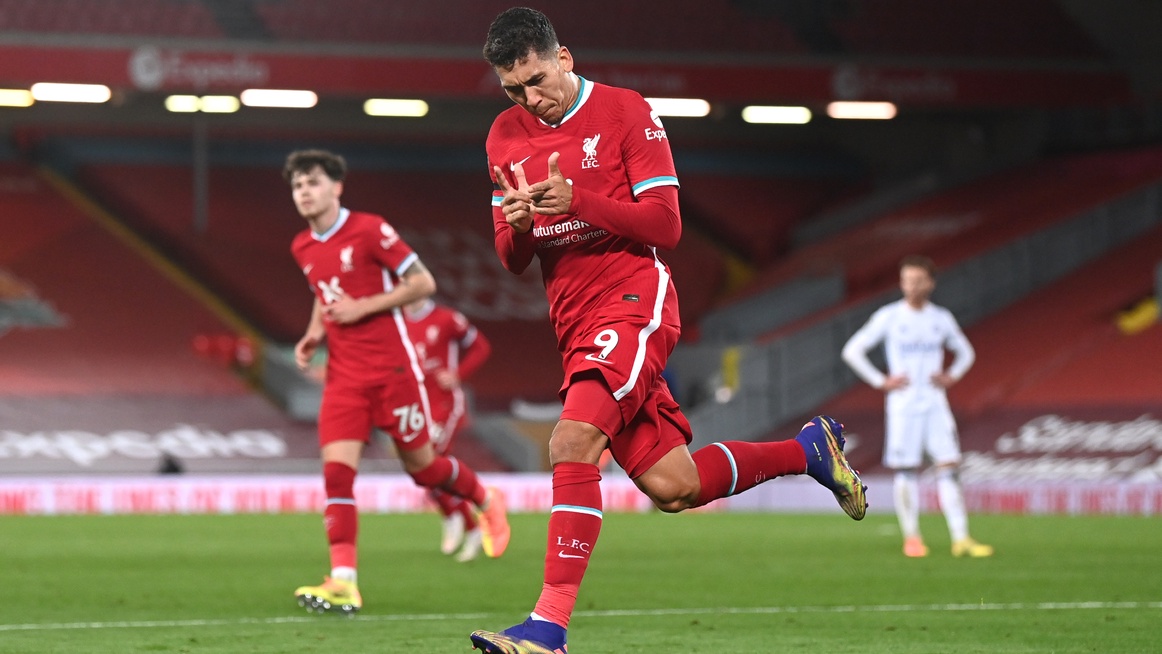 Liverpool showed no sign of an injury-ravaged side when they dispatched an in-form Leicester City 3 nil to go joint top of the English Premier League table with Tottenham Hotspurs. A Jonny Evans' 21st-minute own goal and further 2 goals from Diogo Jota(41') and Roberto Firmino(86', who finally broke his goal drought) completed an impressive performance for the Reds.

Liverpool injury crisis deepens since their defensive stalwart Vigil Van Dijk picked up that serious knee ligament injury in the Merseyside derby, his defensive partner had since joined on the treatment table with long-term injury while Spanish midfielder Thiago Alcantara's knee injury makes him unavailable. The likes of Captain Jordan Henderson, Trent Alexander-Arnold and Andrew Robertson all came off the International break with injury concerns.

All but one(Robertson who passed late fitness tests) of the entire Liverpool back four(4) starter missed the clash with the inform EPL log leader Leicester. In the absentees' places came in James Milner at right-back and centre-halves pairing of Joel Matip and Fabinho(who only shook off his hamstring injury recently ) and all three(3) gave convincing performances.

Also missed the top of the table clash was Liverpool top scorer Mo Salah. The Egyptian striker came back from the International break with positive coronavirus test and remained in isolation. Salah had only missed four(4) league matches for Liverpool since the beginning of 2018/19 season, reiterating how important he is to the Reds attack.

However, despite the long list of absentees from Liverpool's regular starters, the Reds still put up an assured performance against Brendan Rodgers led Leicester. The Fox was outplayed and could only manage three(3) shots on target compared to Liverpool's 12 shots. The likes of young lads Curtis Jones and substitute Neco Williams also put up some confidence performance.

Going into the match against Leicester, it was all about what 1st-eleven would Jurgen Klopp line up to preserve Liverpool's 63 unbeaten home run. Well, it was a commanding response from Klopp, Liverpool may have lost some key players to injuries and coronavirus but not even that could stop their juggernaut, they still gat their mojo.