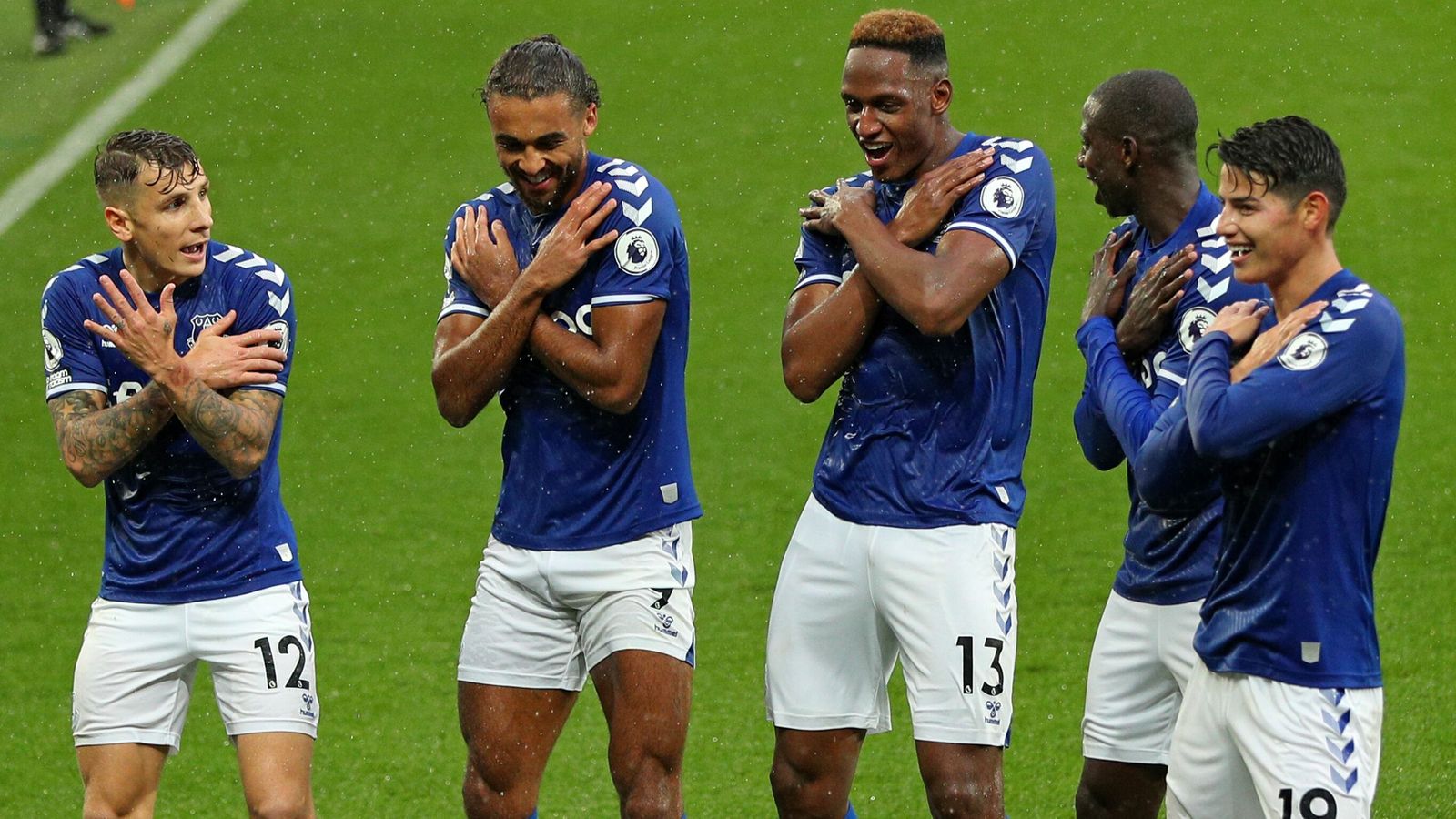 Everton maintained her 100% start to the new season with a thumping 4-2 victory over Brighton and Hove Albion at Goodison Park to cap manager Carlos Ancelotti's 100th premier league games with a win. It was Everton's best start to a new season since 1894/95 season when they won 8 straight games.

Dominic Calvert-Lewin headed the Toffees into the lead in the 16th minute to continue his good scoring run. Calls for Everton's goalkeeper Jordan Pickford to be dropped as England number 1 is likely to gather momentum after the goalie made a mess and spilt a routine catch for Brighton's Neal Maupay(41') to bundle in the equalizer.

However, Everton regained her lead just before the half time whistle, Colombian duo Yerry Mina(45+2') and James Rodriguez combined from a set-piece for the former to glanced in a header.

Few minutes into the restart, James Rodriguez(52', 70') pulled Everton further away when he volleyed from Alex Iwobi's square into the box and then tapped into an empty post from Abdoulaye Doucoure cut back. Yves Bissouma's(90+2') screamer for Brighton in stoppage time was only a consolation. 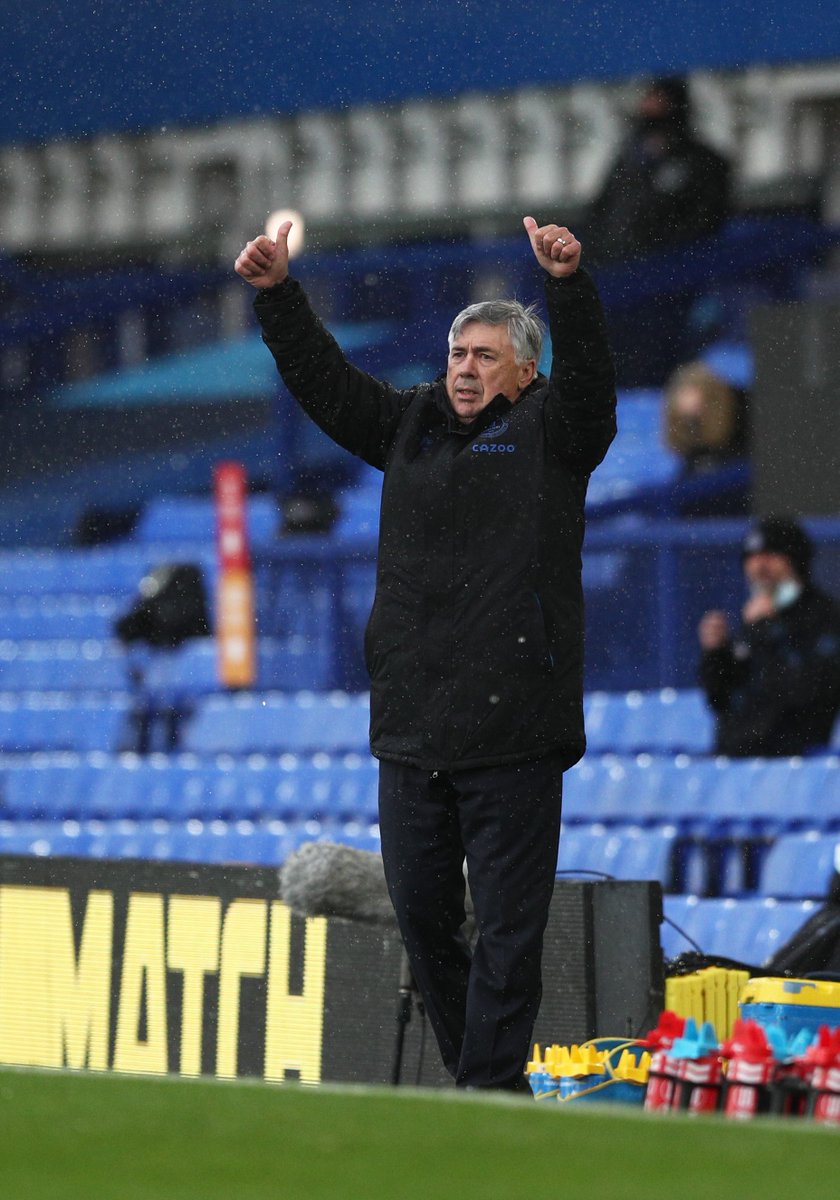 It is Ancelotti's 1st full season in charge having been brought on midway through last season, as the Toffees finished in the bottom half of the table(12th). However, it's a new season and Ancelotti's lads sit atop of the table with 4 wins out of 4. What brought about these newfound performances?

With Ancelotti at helms of affairs, it means Everton can attract top-rated players. Everton's packed midfield now comprises of new signings Allan Loureiro, Abdoulaye Doucoure who now both compete with old guards like Andre Gomes, Gylfi Sigurdsson, Fabian Delph for a starting role in a 3-man midfield. A healthy selection headache for all managers as they say.

Making a Pippo Inzaghi out of Dominic Calvert-Lewin. Inzaghi was known for his finesses in the opposition 6-yard box during his playing career, especially under manager Ancelotti at both Juventus and AC Milan. The new Everton Gaffer may have found the same formula for Calvert-Lewin. The 23-year old Englishman has now scored 6 goals in 4 league games and 9 in 6 across all competitions.

James Rodriguez finding his feet again under Ancelotti. The Colombian was brought in from Madrid after a less impressive time at the Spanish Capital. However, Rodriguez has already scored 3 league goals and provided further 2 assists in his 4 appearances so far. Not a bad return, Is it?

Ancelotti still needs to work on Everton's leaky defence though, 5 goals conceded already in 4 league games doesn't augur well for Everton's top 4 aspirations. However, the Toffees are surely giving it a go. The last time they won their 1st 4 league games was in 1969-70 season when they went on to win the league.

Thank you all for your time and support.