Rangers Are Champions At Last 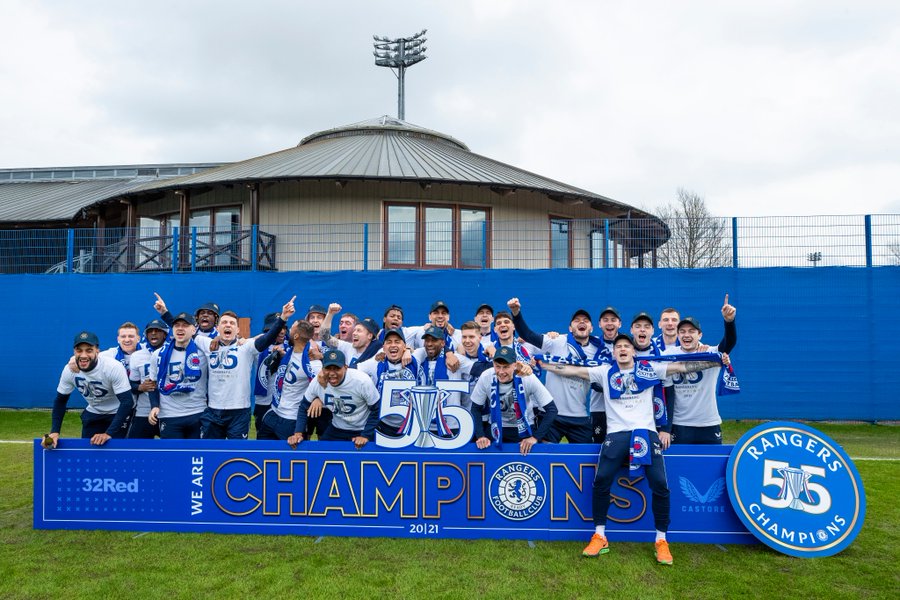 Rangers are Scottish Premier League champion for the 1st time in 10 nail-biting seasons having cling to the summit of the league with 18 points ahead of their nearest challenger Celtic and with games to spare including the next league fixture, the Old Firm derby.

Rangers wrapped up the title with a 3 nil win over St Mirren on Saturday juxtaposing with Celtic's failure to get the 3 maximum points against Dundee United on Sunday, the defending champion drew goalless at United, ensuring that Rangers start the fireworks now rather than later. 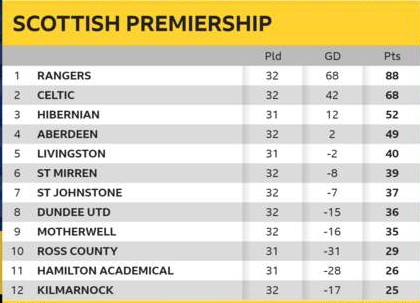 Rangers hit rock bottom when their financial implosion sent them into administration in 2012 and was subsequently relegated into the Third Division(4th tier of the Scottish Football League System). However, The Ger's journey back to the summit of Scottish football has been a long and enduring one.

Having agonisingly watched their perennial rival Celtic dominated the league for 9 uninterrupted seasons, Steven Gerrard tutored side has successfully usurped the 9-times back-to-back defending champion and in grand style. 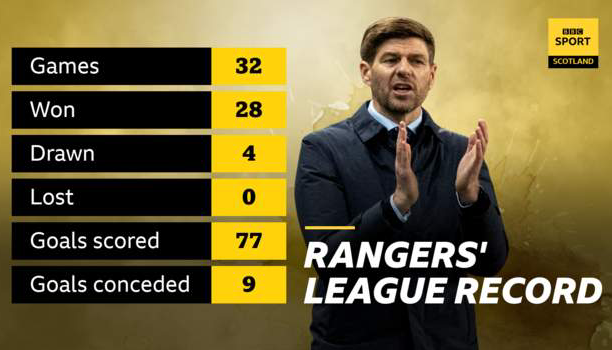 Rangers achieved this feat without a league defeat. They won 28 of the 32 league games and drew 4. They scored a whopping 77 goals and conceded just 9 goals so far in the league(for a team that conceded 50 goals before Gerrard arrived at Ibrox, that's remarkable) and are now on a 33-match unbeaten run(including the 1 nil victory over Ross County before last season 2019-20 campaign was brought to an end).

Rangers' success story can not be concluded without mentioning the impact of their manager and former Liverpool legend, Steven Gerrard. Going into the 3rd season of the 4-year deal he signed in the summer of 2018-19 season, Gerrard has put together a reputable team not just for the domestic competitions but for European competition also, their exploit so far in the UEFA Europa League is a testament.

The likes of talismanic Captain James Tavernier, Filip Helander, Scott Arfield, Ryan Kent, Kemar Roofe, Joe Aribo and not to mention the much-maligned Alfredo Morelos are a few of the core Gerrard has put together to put Rangers back on the podium.

A lot has been said about Steven Gerrard's impressive work at Ibrox, some has said even further that Rangers has given Gerrard a platform to equip and prepare himself to succeed Jurgen Klopp at Liverpool(his boyhood club where he secures a legendary status as a player). 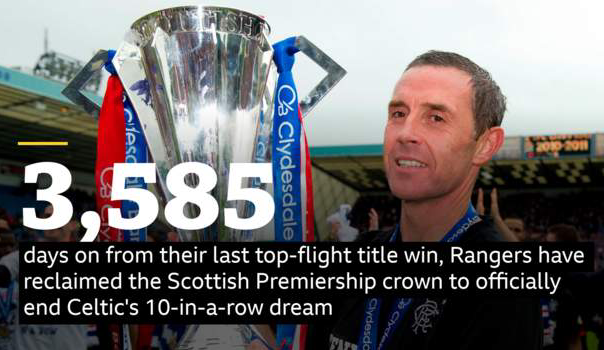 Whatever the case may be, Steven Gerrard has achieved another legendary status, this time as a manager. He will be remembered as the manager that wrestled the league title away from Celtic(scuffling Celtic's ambition of 10-straight titles), the 1st title for Rangers in 10 seasons, 55th title overall.

Congratulations to The Gers.

originally posted to Scorum by me

Congratulations @peman! You have completed the following achievement on the Hive blockchain and have been rewarded with new badge(s) :