Cristiano Ronaldo is not finished yet though he is getting old, but he scored to goal for Portugal over Hungary on the opener game of Euro 2021. And you know, his name now become all-time Euro to scorer with 11 goals. He broke the record held by Michel Platini. What a perfect achievement! Ronaldo is my favorite player, not Messi. Ronaldo has been playing at the top level for many years, I can hardly believe he is still able to score many goals for his country and club. He is absolutely a world legend player. 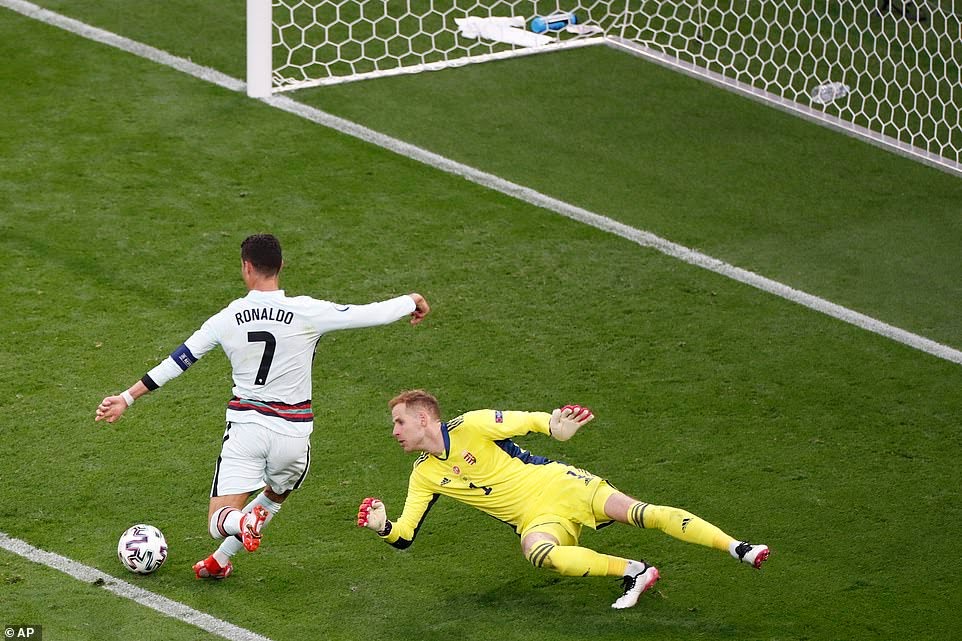 I have predicted earlier that Portugal would be easy to beat Hungary even though they played in front of their supporters in Pukas Arena Stadium, Budapest. We might see the final score was 3-0 for Portugal. And Criatiano Ronaldo scored two goals at the last minutes. I believe Portugal will go further though they are on “the group of death”. Group F is a deadly group where France, Germany, Portugal and Hungary in there. Group F is really hard competition. We still don’t know who will proceed to next level. It must be among Portugal, Germany and France. However, I would love to see Portugal and Germany go to the next stage. Although Germany got lost to France on the opening match, I am pretty sure they will fight harder on the next matches.

They are all time big players, Christiano Ronaldo is the god of football. You can not simply write him off, he is one of the biggest scorers of all time and will remain so

An instant sensation, Ronaldo came to be regarded as one of football's best forwards. His finest season with United came in 2007–08, when he scored 42 League and Cup goals and earned the Golden Shoe award as Europe's leading scorer, with 31 League goals....he will always be remembered

As Ronaldo is getting older, one question that do comes to my mind is that who is likely to take his place when he retires?

Its amazing what you can achieve with a go-getter mentality and willpower.

This guy is an absolute machine and even though I am not a fan of his, I love his drive and discipline.

Certainly one of the best players to ever grace the field of play. Legend.

This Guy is always outstanding especially with his finishing touch, it drives me crazy and I wish him all the best.

Portugal played well, who would have expect an easy win for them against Hungary.
Portugal found there self in a strong group am still asking myself how will the make it out to beat France or Germany who is in the same group with them. Though I believe in Ronaldo to be the strength of Portugal.

Ronaldo is my favorite player too with I can play like him but too bad I can't. He is topping the goals chart 📈.

Ronaldo is truly one of a kind. A legend in his own rights. Still giving such performance despite his age. See him still playing till 40 with such fitness.

I also seeing Portugal further in this tournament. They have better squad compared to the team that won the euro2016.

For Group F, France and Portugal should secure qualification after their first win. Germany might also make it through if they get picked for the best losing team if they make the cut.

When it comes to sitting in front of my TV watching football, Im really not a big fan but then when I hear the name Ronaldo I'm always on my feet. My lil bro nicknamed himself after this famous player and is always talking about him making me love him( Ronaldo ) even more. To my best knowledge he is so good at playing football and when anyone is good at something I love such people.

CR7 has proven that he is not just good by playing for his club, he has done that for his country as a patrotic citizen. He is an awesome guy... I want to believe he can still be the highest goal scorer in this tournament.

What a fantastic finishing. He played very to proof himself to be a GOAT
CR7......