Ah, long time no see. I am pretty busy this week as I am on duty for treating and visiting Covid-19 patients in our district hospital. Today, I am going to write about Jack Grealish. He is Man City player, but he is Englishman. I am proud of him. I started noticing him when he was playing superb for England and help his country in Euro 2020 final. 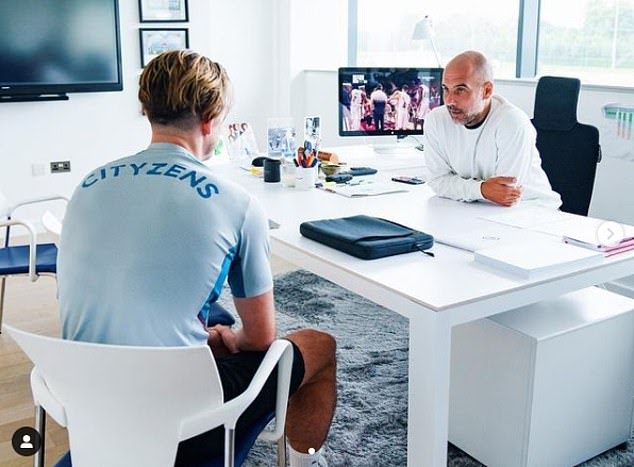 Manchester City a lucky club to have him as a part of Etihad Stadium squad. I believe he will help Man City to win many titles in the future. He wears Jersey number 10. A magic number for an attacker. I was hoping Grealish join Liverpool, but I know Liverpool won’t bid that high price of a player. Liverpool management tends to make a contract for a cheap potential players.

Grealish plays as a winger or attacking midfielder, and has been noted for his ability to run and dribble past defenders.Wikipedia

Jack Grealish has scored a goal on debut for Man City. It’s truly a valuable asset at Etihad Stadium. Congratulations Man City to have such a greatest player!

And I believe Grealish would be the best player of the world under Pep Guardiola.

I guess most of us started noticing him well at the just concluded euro 2020. He is a creative player, he tries to calm the game every time he has the ball. I am of the opinion that he will do fantastically well in Manchester city. A great addition to the squad. Kudos to the management and board of directors of Manchester city.

Its your believe though but tracking back at records from time except for the two men of the balloon d or ,messi and c Ronaldo, big money signings have not always lead to expectations actually, apart from those two but all the same let's expect the best from him

Jack grealish is such a great player,I am just he would also get to play in the champions league for the first time in his career.

I hope he plays well for City.