It was a tough game of Liverpool vs Chelsea at Anfield Stadium. It’s a truly big match, both them are the candidates for Premier League champions this season. I am a bit upset Liverpool was unable to beat 10 Chelsea’s players at Anfield. Jurgen Klopp’s side has more chance to win the game in the second half. However, Chelsea defended very well. They place six to eight players to defend their side. Yeah, the final score was draw 1-1. 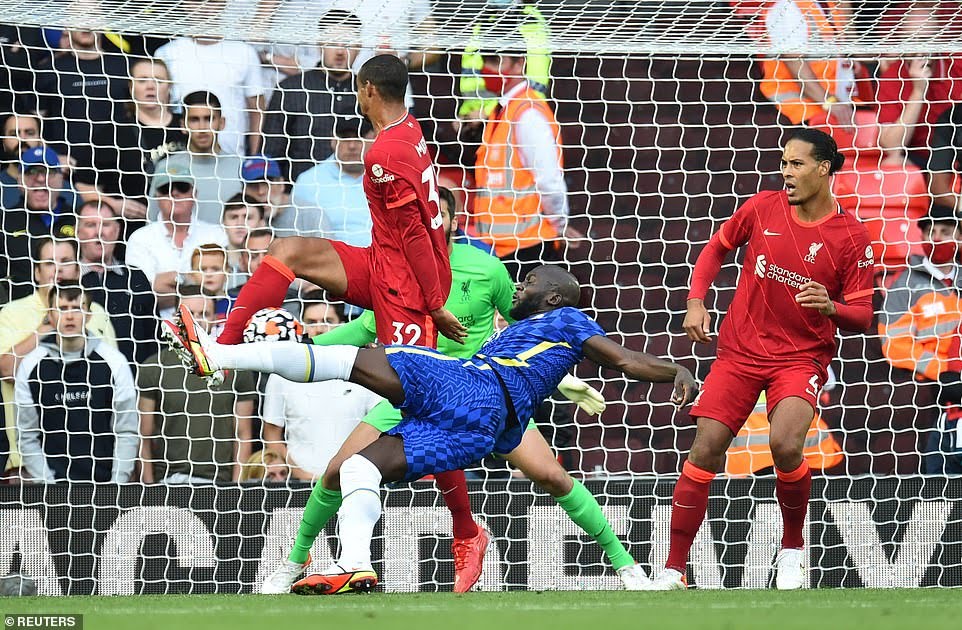 Kai Havertz scored for Chelsea at minute 22nd and Moh Salah made it draw 1-1 by a penalty kick. After playing three games, Liverpool have collected 7 points. I hope Liverpool could stay unbeaten to win the title of this season.

Mendy Factor
I think Thomas Tuchel have to thanks Edouard Mendy as he made many saves. Mendy was so superior under the bar. If you watch the game, you’ve seen how Mendy blocked Fabinho and Diogo Jota's long-range efforts from close range. Chelsea’s fans should be so grateful to have Mendy in their team.

Honestly i never see Mendy in this form before. He really saved Chelsea but i think he still needs to learn how to even read penalty a bit.

This is only way he can be regarded as a complete keeper and i think this is the only edge that kepa has over him.

Nice one to my team.

It was a wonderful performance by Chelsea, I never thought or imagined they will hold the game with a man down..

Liverpool did all they can but as u ou said, many thanks should go to Edouard Mendy, he did a perfect job...

Chelsea ain't stopping soon, they are in form and I hope they continue that way..

You knw in football there is many things to say when it come to the winner and loser, as of Chelsea really they perform extremely good and their goal is wonderful. I also prayer they can continue like this.

Interesting performance from both sides. Always expected a draw from the game considering the form of both teams. Most impressed with the performance of Chelsea to have be held on after a first red card. Mendy was really impressive denying Liverpool a win on this one. Not a bad result to away from this game.

Chelsea held there ground against Liverpool with 10 men, am impress .

It was a very tough game for both Chelsea and Liverpool. The challenge in the game is quite hot and both teams did there best to win against each other. However I was in support of Chelsea wining the game but it happened that the penalty kick changed the whole celebration for Chelsea.

Will look forward to see the outcome of this two teams. To know who they are up against.

As a Liverpool fc fan I must admit that I was happy to see my team showing dominance but I also have to give credit to the Chelsea fc side, to me they are the best team on that day. It wasn't easy to defend that much.