Mancini, What a Coach!

Frankly, I was supporting England to win Euro 2020. I have predicted that England will play in final game, and it happened. Unfortunately, England lost to Italy by penalty kick. England have played very well, and also Italy. Both team are deserved to meet at final game of Euro 2020. However, I am so proud of Roberto Mancini, he is a great coach. He has made an incredible Italian team, as now Italy playing witn attacking style. It’s like a new era for Italian football. We know that, before Italian football is counterattacking styled. Roberto Mancini has brought a new tradition to Italy National Team. 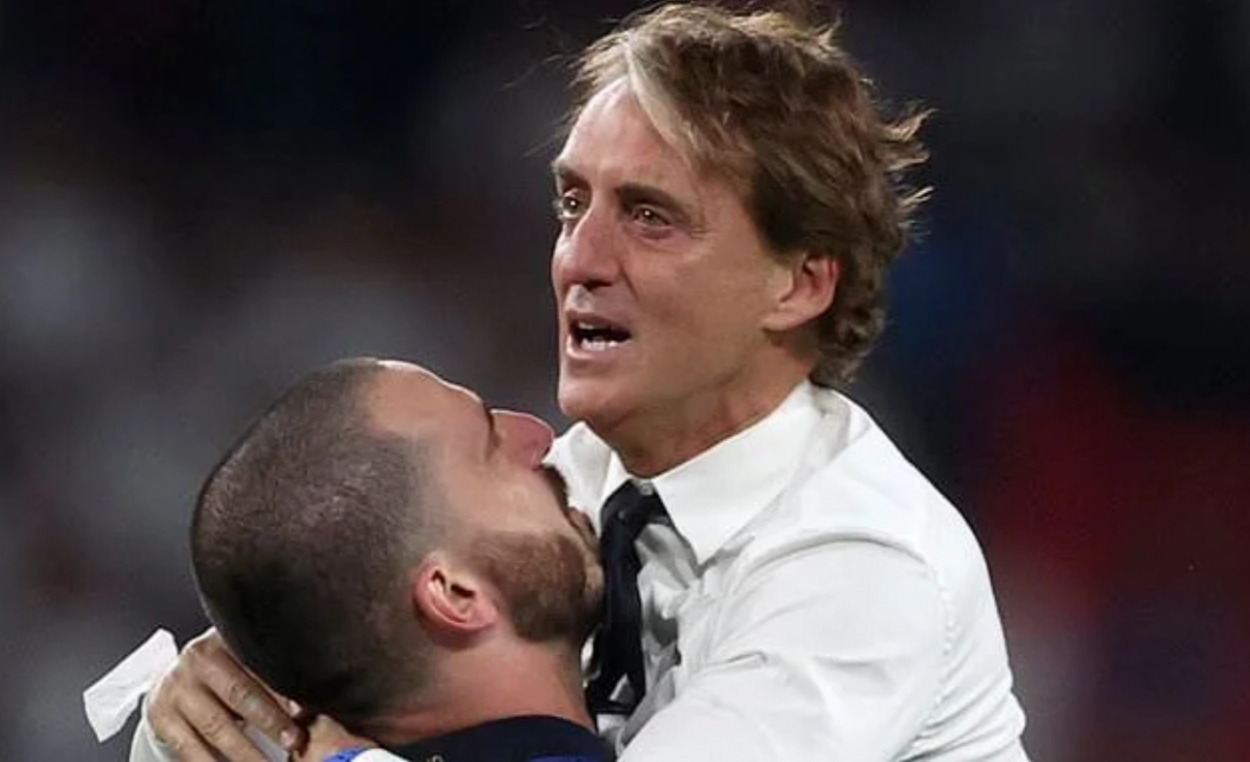 Mancini is a great coach for Italy even if his own international career wasn’t as successful as it should have been. I remember how he managed Manchester City to win The Premier League title after 34 years. I was watching the game on live broadcast, and it was one of the great match in history, when Man City won the title in the last minutes. It was so dramatic, as Sergio Aguero scored the winning goal.

I remember how Mancini was so happy. And now, he won Euro 2020 for Italy. I could imagine how happy Mancini is. He deserves to got praise from all members of European Union countries as he beaten England, that have decided to be out ot E.U by Brexit.

So, congratulations Italy. Congratulations Mancini! You see I wore a hat with Italy Flag color? Yeah, I was in Venezia when I visited Italy a few years ago. It will be so wonderful to see Italy playing in World Cup, and hope that could play in Final Game of World Cup to face Argentina or Brazil.

Roberto Mancini is indeed a great coach has transformed this Italy side to what they are today. The Azzurris were typically more defensive but Mancini came in to balance their game. They don't much problem also scoring goals.

He deserves huge commendation. He should lift the coach of the year awards easily this year. Would be nice to see this same kind of Italy side at the world cup next year.

Yes, that’s so true. Mancini is a great coach... I would love to see him winning again with Italy. The next one is World Cup

Mancini is a tactical coach. He played on the loose end of the opponent and at the end always emerge the winner.

He has changed the normalcy in italy football, you know he must have faced a great challenge in trying to fight the normal way of doing things, he decided not to go down the same path but to build on the team imagine an italian side go 34 match game unbeaten since qualifiers he,s vision have sprune out to result it's a lesson to us that for us to change the statue quo you have to make abnormal moves ask abnormal questions and work abnormal patterns.

What a fantastic coaching approach from Azzuri head coach he was so fantastic from the beginning to the end of the euro 2020 and also help to leave the legacy of unbeating runs.

A very good one for the Italian coach

An experience and a technical coach who has indepth knowledge of the game.bravo

Indeed Roberto maccini deserve the praise for the good work he as done ,even with the level of his selection of players for the tournament and it was is of no surprise to see him win the tournament.
The level of style of play of the Italian team is something that was unique as he as tutor them well enough to know to dictate play irrespective of the opposition they are playing.
This same maccini was the coach that won Manchester city of England their third tittle in history in the 2011-2012 season after 44 years by beating Queens Park Rangers 3–2 on the final day of the season, indeed he deserved adequate recognition for his performance in the just concluded tournament

Yes this is very true and good one for him and the boys,but of all he deserved the needed recognition for a job well done at the Euros