Oxford United, One of The Best League One Team

Oxford United is a football team of England League one. I am excited to make a post about this team as one of their stake holders is Indonesian Businessman: Anindya Bakrie. It’s good to know that Oxford is on play offs to the next level of league. But, Oxford United were beaten by Blackpool is semifinals. And finally, Blackpool won the final after winning against Lincoln. 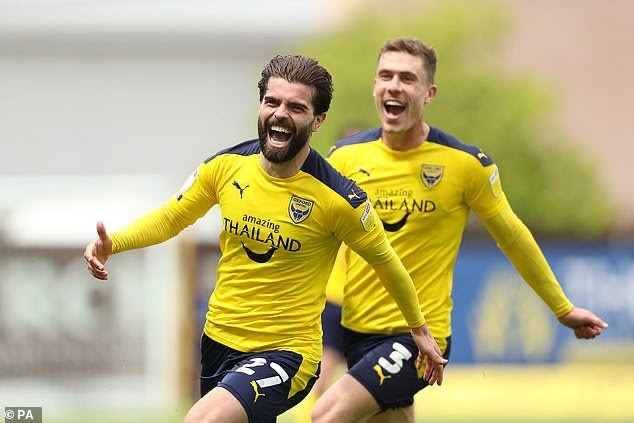 "We are grateful that Oxford United can play brilliantly in the last game of the season. A convincing 4-0 win against Burton led the Yellows into the playoffs for the second time in two years," Anin said in an official statement reported Monday.Source

I think Oxford United has many potential to play in the Championship. Not this season, they have to try again next season. It’s better for them to win the League One, which is automatically making them play in the next level.

It’s hard to do, but they have to try it. Even League One is the third level of league in England, but the competition is so tight as well. Both manager and players must work so hard to win any single game they will play.

Wow, I think if they are the best then they are ready to create something from nowhere as well. Lovely post @razackpulo.sport.

Nothing wrong with one aspiring for something bigger. With effort and determination, they can play anywhere

That’s the competition, everyone want to be the best, to be the winner. And that’s really good for life of football. Thanks for nice comment :)

It might not really be a season they want based on their target for the season,but in the course of the season they managed to pull up some exciting moments and that is why they managed to finshed as the 6th best team in league one,but hopefully more is expected from them come next season

That’s true. Every team want play their best and win any game to play in higher level. Hopefully they are going to proceed to Championship next season

Oxford United put in a lot of effort to get to where they are now. Judging by there performance and team spirit with extra hard work am sure they will make it to champions league.
However they also have to know keeping up in champions league i.e if they will qualify in next season requires much more than their performance now.