So, on Sunday we will watch the big match England vs Italy in Euro 2020 final at Wembley Stadium. Both teams deserved to play in final, as they have beaten many great teams to place themselves in the final game. Who will win the final game? For sure, we have already had our own prediction. It would be really a toughest game this year. It should be 50:50. Both teams have the equal chance to win the final. 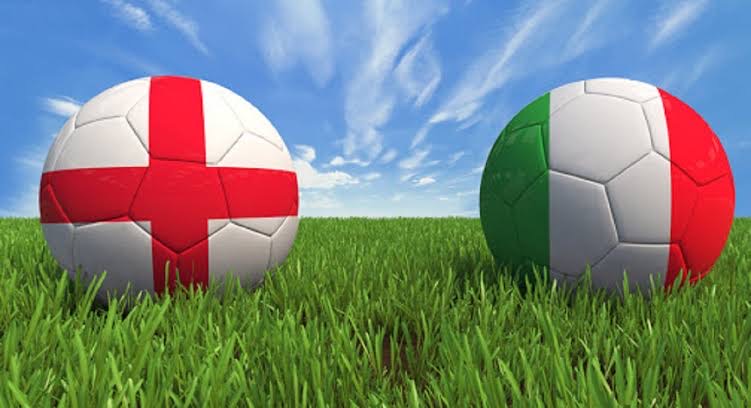 As I have posted here a few days ago that I support England to win Euro 2020, since England have great players in their team now, and the Premier League is the best league in the world in recent year. Best managers and great players are in Premier League recently. That’s why I predict England would lift Euro Trophy on Sunday. Moreover, they would play at home with the full support from their fans.

I know Italy are 33 game unbeaten already. It’s a great achievement by Roberto Mancini and his players. Italy is a black horse in this tournament. They have great and talented players, mostly playing in local teams. Under Roberto Mancini, Italy have became one of the strongest team in the world.

However, England have attacking squads deeper than Italy. And as we’ve known that England was just one goal conceded in this tournament. It shows that their defending line is so tough, with the combination of Man City and Man United players. They are John Stones, Harry Maguire, John Evans, and Kyle Walker. They are among the great defenders in the world.

What is your prediction? I vote for England

As we all kown for every games played a winner must always be declared, but who might be the winner is what we don't know,any winner stated before the end of the original game are all in prediction. which might properly be true or false.

As regards to the euro 2020 final..we all know what it takes to get to the final stage because it is the end of everything more attention will be draw to it and this will make it to be more serious than ever before.

I will predict that England will end up carry the trophy because of the much advantage their have over the other team..

With both team boasting of impressive form up to this point, I must commend them for coming this far. Whatever happens after Sunday, they both deserve to win.

With England having all the support and the advantage of playing at home in Wembley with close to 50k fans out of possible 60k, I'm forced to go with the Italians on this one.

Though the match is not going to be an easy one for both team but i want to give my support for England
Perdiction 2-1.

When I mention the name Azzuries,33 game match unbeaten, there english team hasn't faced a more better and compact team like this what I can boldly tell you is that you are in for a shocker.... Just get a towel, or handkerchief ready...

Both sides have been incredible through out the competition, but I have to give this one to England.

It is going to be a cracker between Italy and England,but am tipping the English side to come out victorious in that encounter

We just can't determine now, let us wait and see. I am supporting England to win it

Am giving it to the Italian side for the level of their consistent so far in the tournament,duo it is going to be a very big one to call,but Roberto maccini men ad a better chance

I vote for England.

Honestly, I want England to win the trophy because it be a very long time that it has happen for them. Good luck for the English team