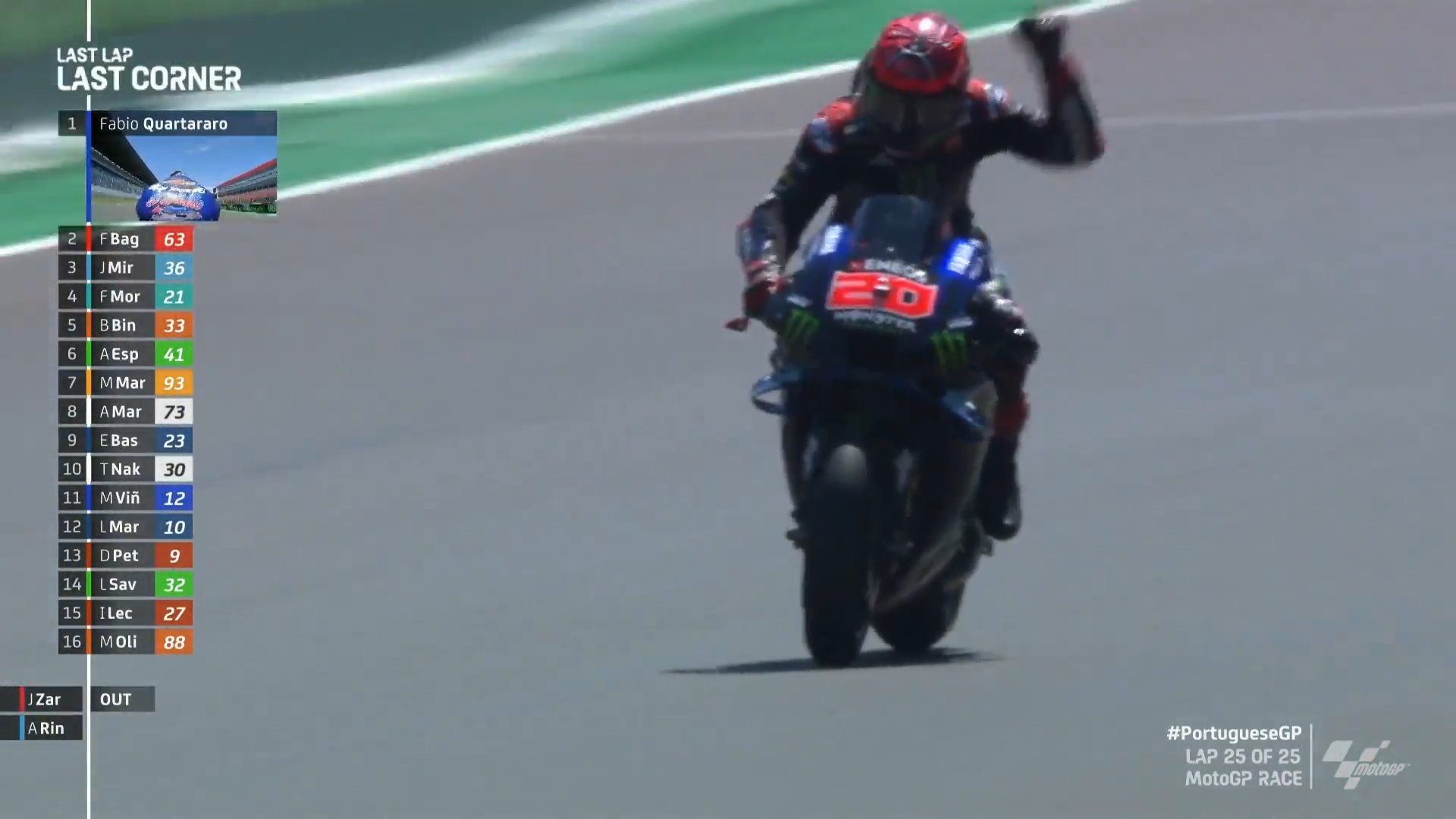 Marc Marquez, who just made his comeback, was a surprise by being able to jump to third place after starting from sixth. But after three laps, Baby Alien's position was thrown to 9th. Joan Mir moved up to third. Quartararo was then slowly able to improve his position to enliven the top four.

Alex Rins had bad luck, who crashed during the race leaving seven laps. Competition for second place became fierce between Zarco, Francesco Bagnaia and Mir. Two rounds later it was Zarco's turn to crash. Bagnaia to second, followed by Mir in third.

Quartararo then untouched to win the race in MotoGP Portugal 2021. Bagnaia and Mir's positions also remained unchanged to reach the second and third podiums.