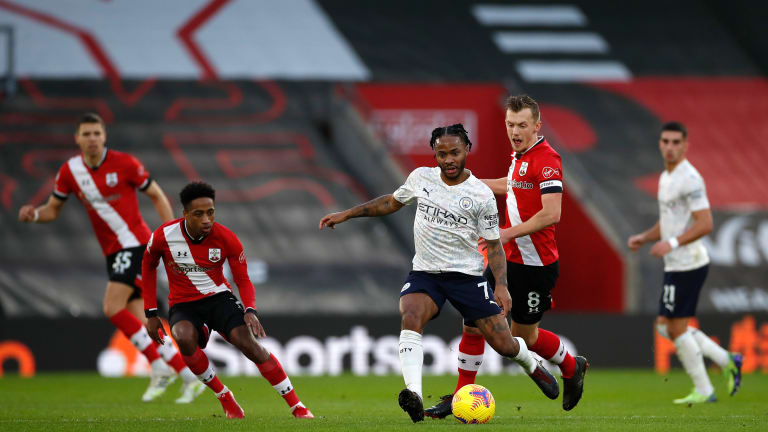 It all went down at the St. Mary's on Saturday afternoon when Manchester City paid Southampton a visit for the continuous battle for victory.

Southampton have been known this season for the calmness and composure when playing and these qualities have so far paid off massively for Southampton so far this season. Manchester City on the other hand are said to have lost their dominating nature over other teams and this have massively dropped the fear they impose whenever they are to play other teams.

The match kick-started with Manchester City trying to take charge by playing on the high. Southampton struggled in the first few minutes, trying to break Manchester City's pace on the ball but the time went on, the game started taking shape but City were able to capitalize on Southampton struggles to keep up with their pace on the 16th minute as Sterling gave the visitors the lead.

After the restart, Southampton were able to have their own say on the ball as they pass the ball around and try to break Manchester City's defence.
The game continued with Southampton looking more dangerous with the ball but City were able to contain most of the threats.

The game continued with City maintaining their 1 goal lead and the scoreline remained at 1 nil to Manchester City until the end of 90min.

Manchester City smiled back home with all 3 points to continue their quest to fight for the top spot on the EPL log.