Leicester with the axe in London 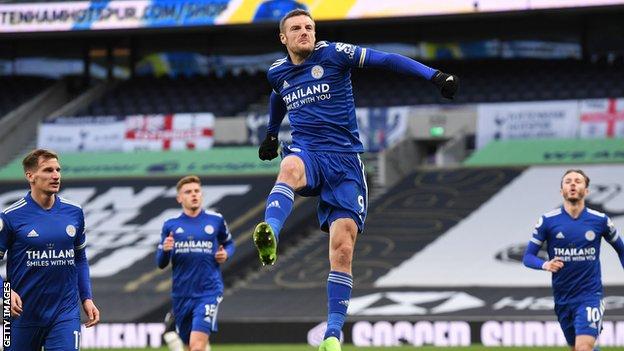 Leicester City have been blowing hot and a bit cold so far this season, with all odds in favour of Tottenham coming out strong against the visitors.
The game started decently for both teams with both trying to be sceptical of whatever approach they are throwing in each other.
Tottenham played a bit deep and were able to contain a couple of threats posed by Leicester City.

The first-half seemed balance for both teams until a costly mistake was made just right before halftime by Tottenham that forced the referee to point to the spot for a penalty kick which was awarded to Leicester City and Vardy made the best of it to give Leicester City the lead into halftime.

Just a few minutes into the second half, Leicester City got another goal through Maddison but it was disallowed by VAR as it was ruled out for offside.
Leicester kept on pushing for more by breaking on counter-attacks and posing more threats on their approach with the attacks. Tottenham got control of possession but were unable to break down Leicester defence and also lost the ball in key areas to the visitors.

More pressure from Leicester City became much on Tottenham and this forced an own-goal by Alderweired om the 59th minute.
Leicester held on tight to the 2 goals advantage and played out the remainder of the 90min with Tottenham trailing and without a response.

2 nil it ended and Leicester City left London with all 3 points.