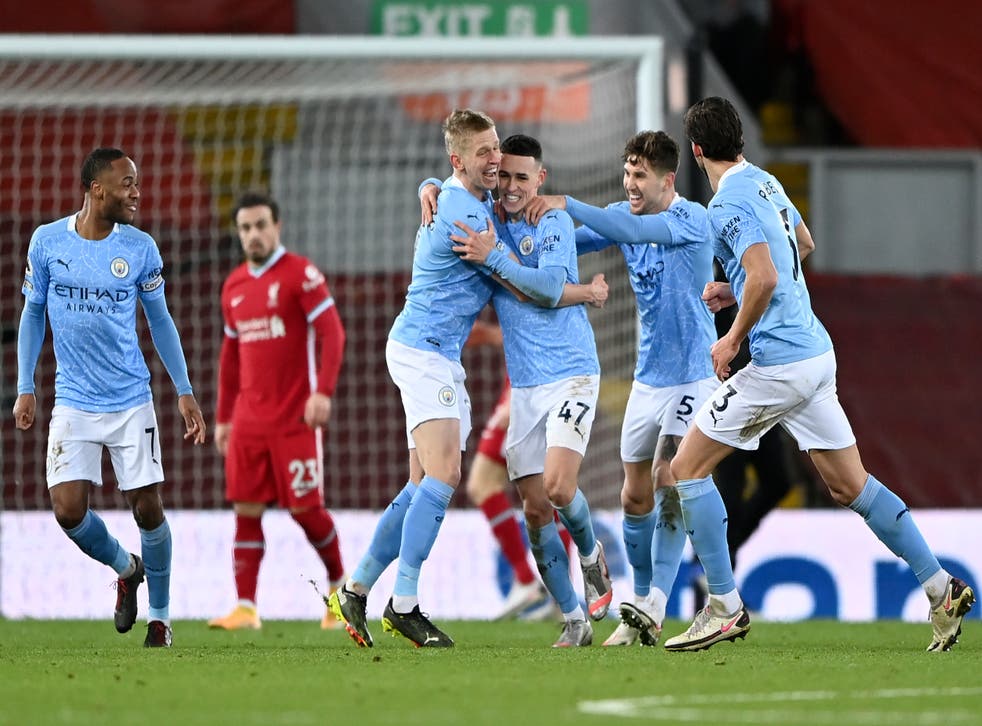 The English Premier League Champions hosted Manchester City at Anfield for a showdown that was meant to test the quality of Manchester City due to their recent winning streak.

Liverpool was meant to be a massive challenge for Manchester City who are currently crushing past all obstacles they have cine across in their past 12 games.

The matchup started with a rush as Liverpool tried to lay a foundation of how they want the matchup to look like and Manchester City were not giving the chance for the dominance.

The first half was a bit sluggish for both sides as it ended in a barren draw but the second half started like a house on fire.
Manchester City drew the first blood on the 49th minute courtesy of Gundogan but Liverpool showed class by replying through the spot-kick on the 63rd minute and Salah did great to convert it to put Liverpool back into the game.

A few minutes later it was all Manchester City dominating and showing class. City took the lead again on the 71st but was ruled out by VAR. That should have been demoralizing for the Citizens but a couple of minutes later, they got the deserved lead on the 73rd through Gundogan who was assisted by Foden, on the 76th minute through Sterling who had a swift pass from Bernardino Silva and the last goal on the 83rd bu Foden to wrap things up for Manchester City.

A way to progress and to stay on top of the EPL log and more dents to Liverpool.